Like Turpan, Kashgar is one of the few oases in this part of China where the Silk Road Caravans stopped along their journeys. Kashgar especially, became a big trading center where Tajiks, Khirgiz, Khazaks, Uzbecs and other Europeans and Persians traded in this oasis stop on their way to and from China

Kashgar is a very old city, with a large (60-70%) Uyghur Muslim population (rest being Han imports). The main mosque is Id Kah mosque, which is in the center of the old part of the city. More on the mosque later. 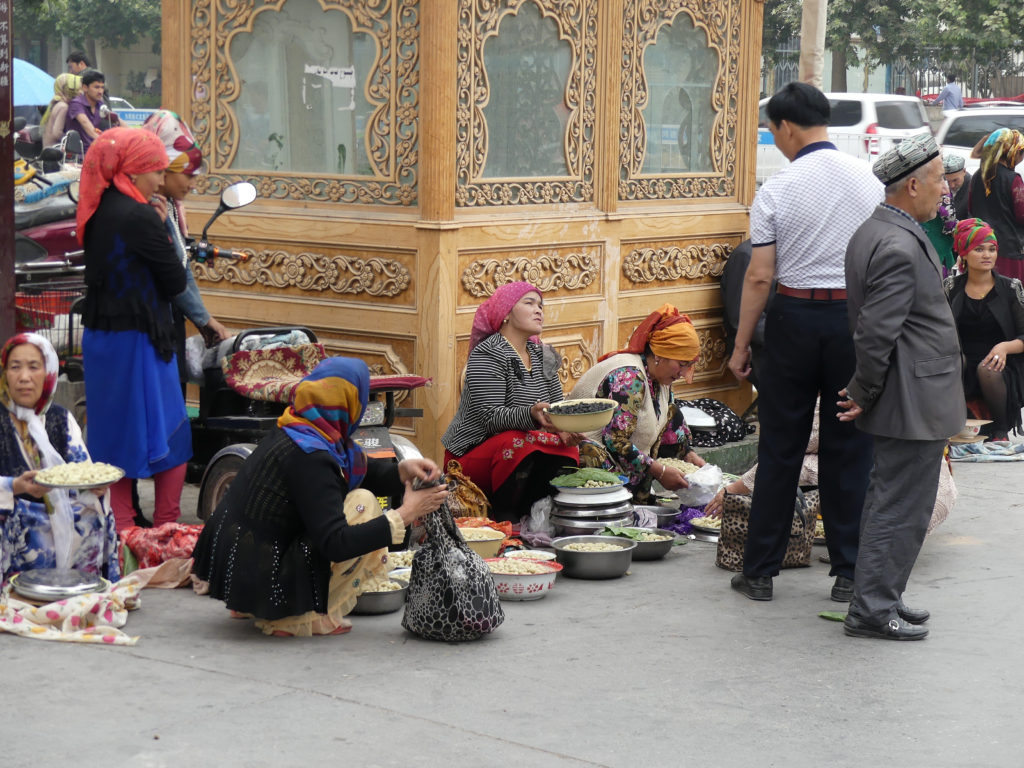 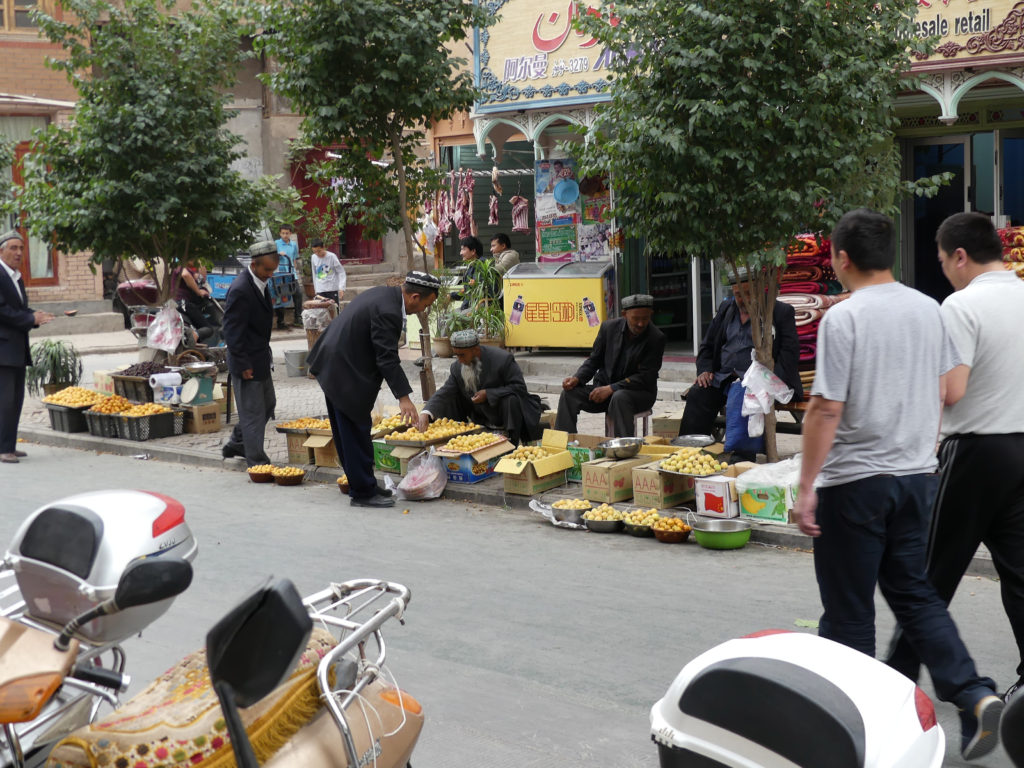 Local street market; note that men and women were selling in different areas 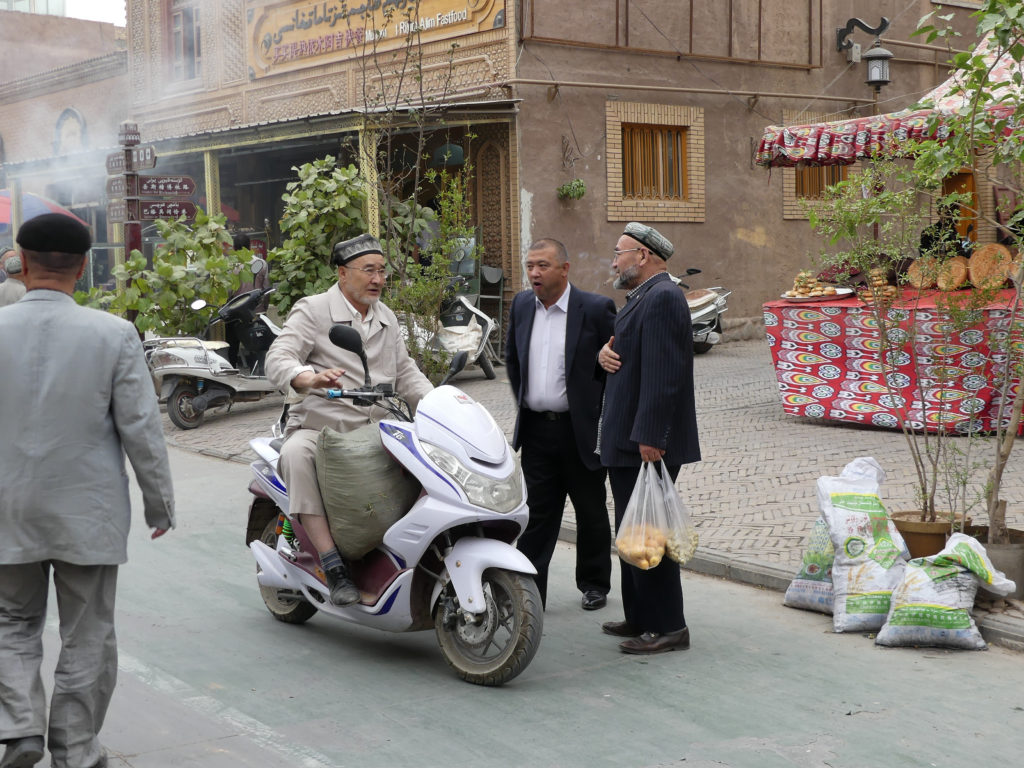 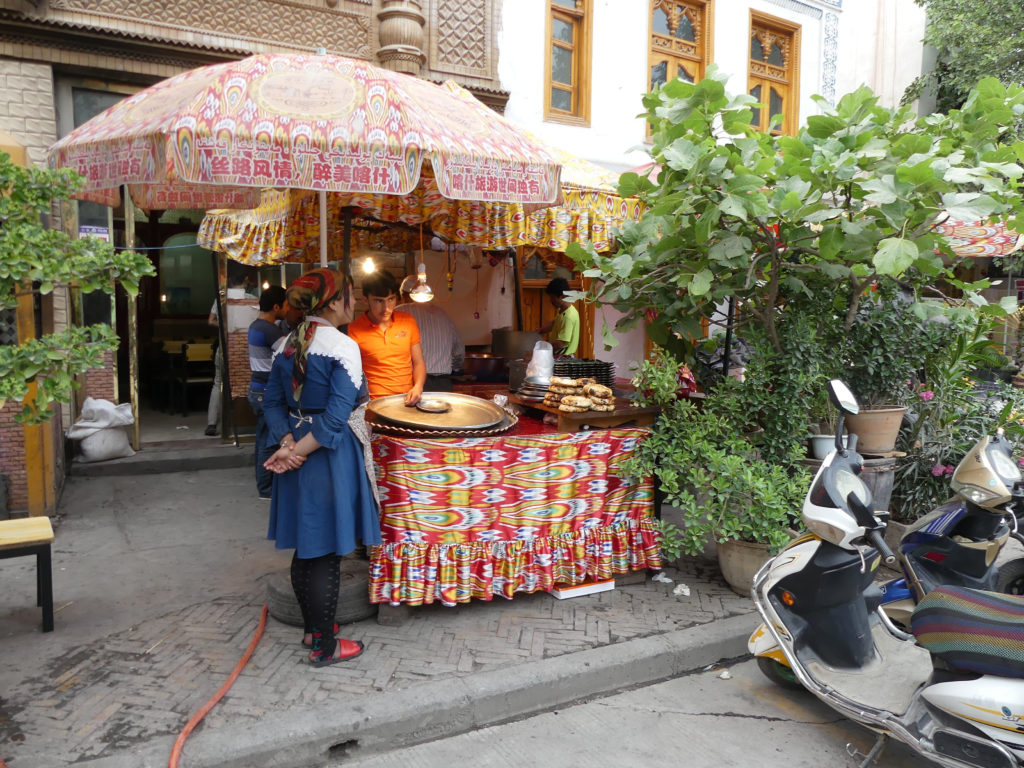 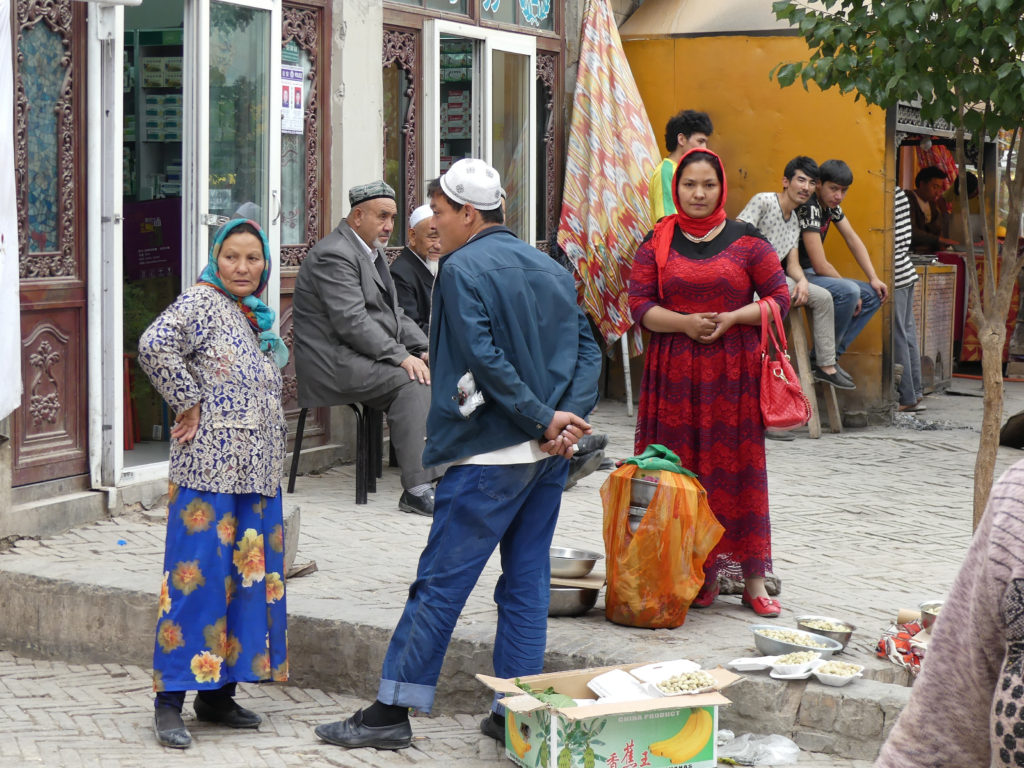 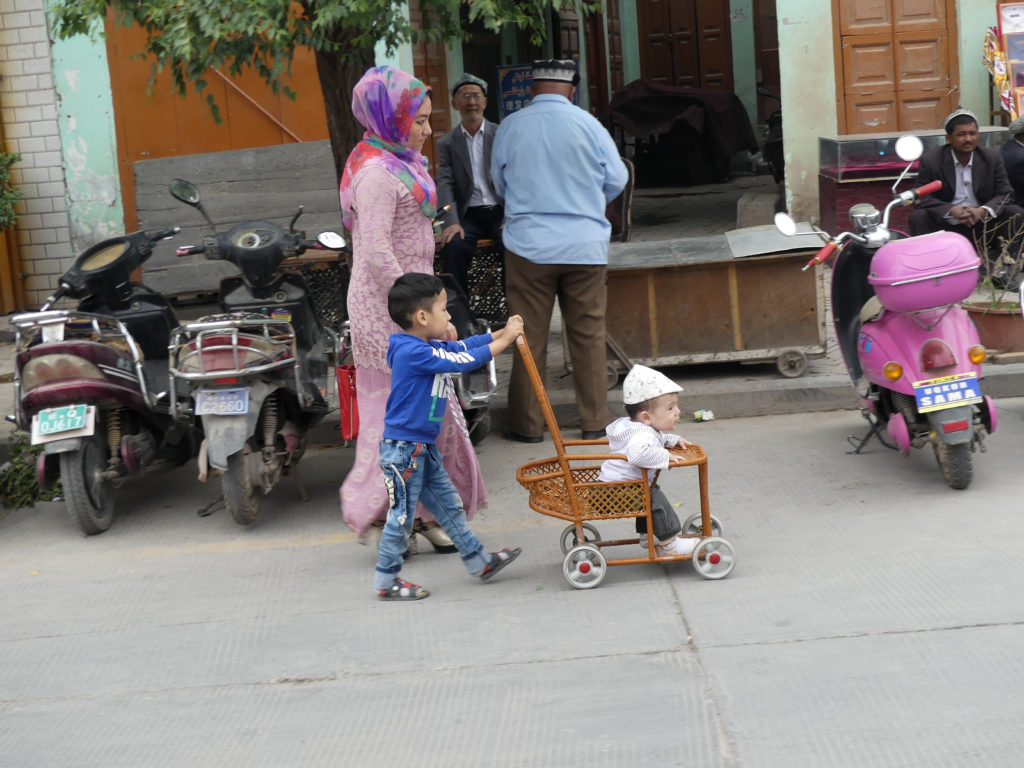 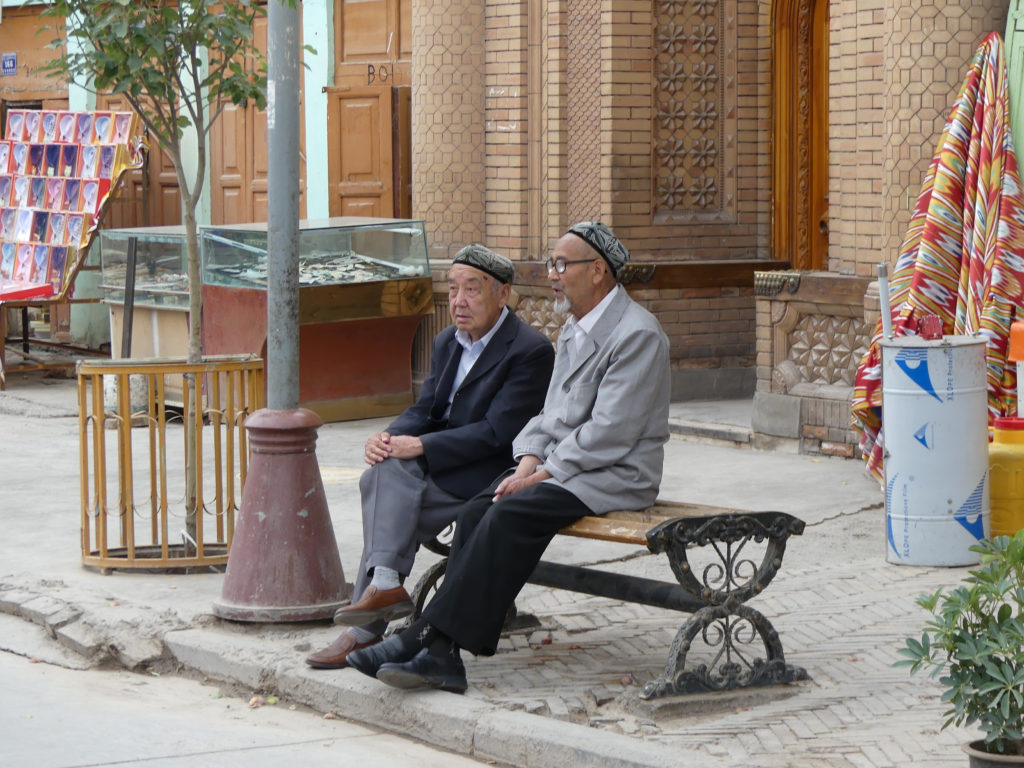 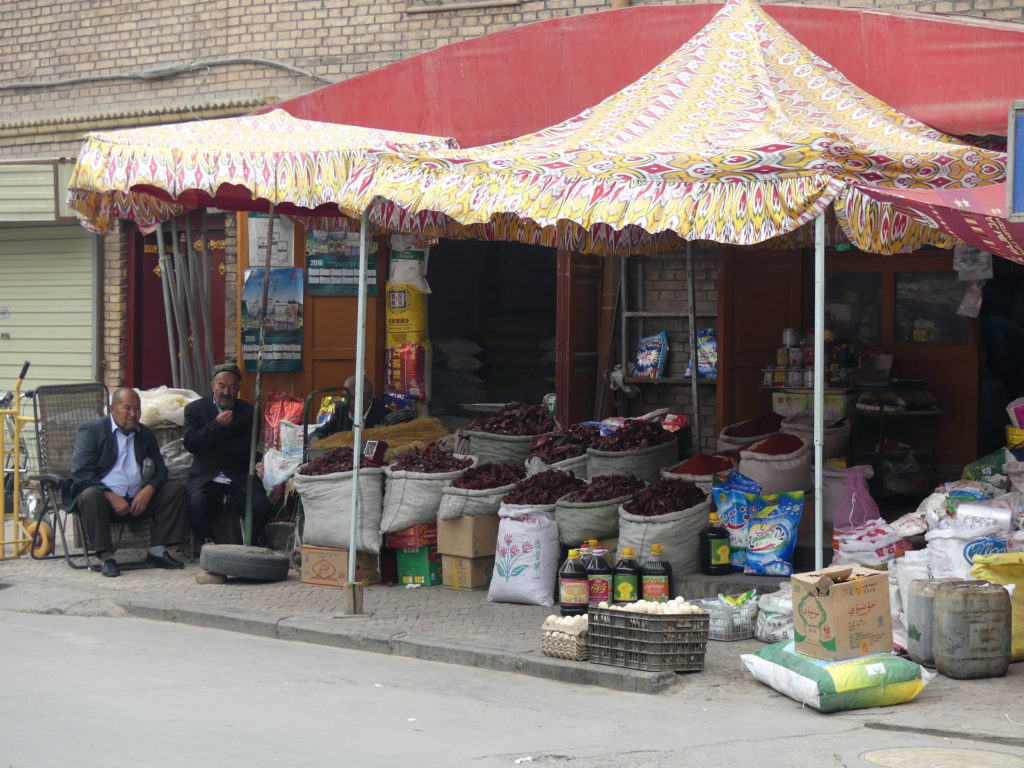 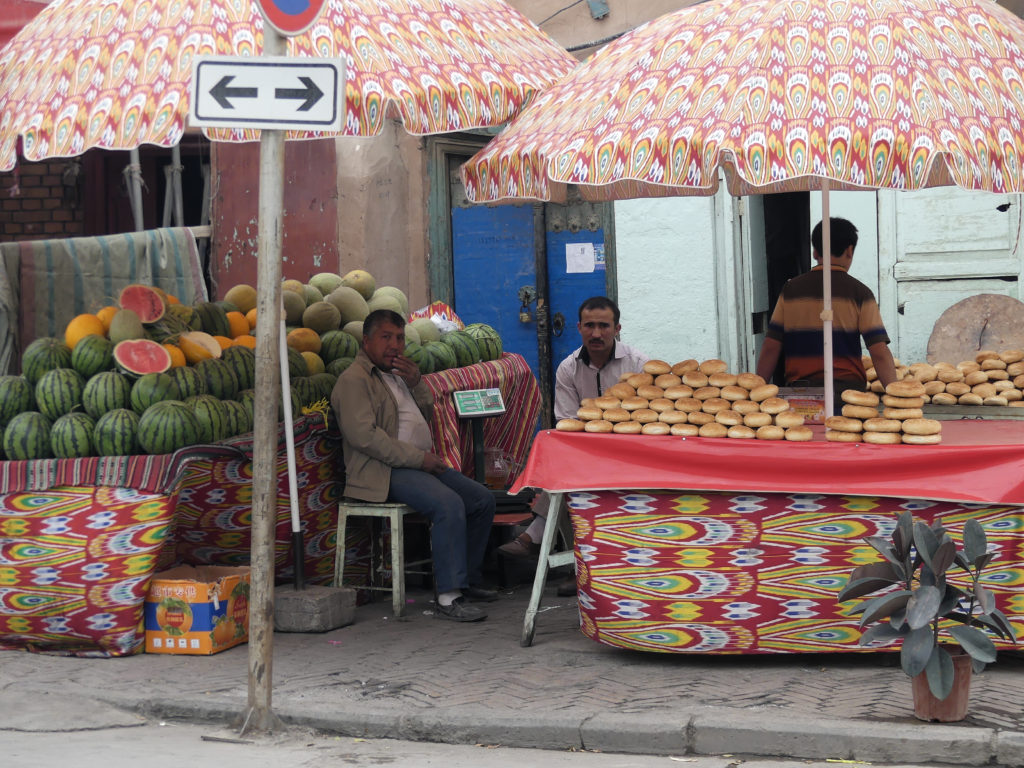 The old area of the city is where all the excitement was for us. The Chinese govt took some part of the old town, and “modernized” it by building in better facilities (electric, water, sanitation etc) and then renovated the exteriors to make it look like an old city (“new old city”). Nicely done. However, it did not have the character of the true “old old city”.

We spent time walking the new old city, and went to and old traditional tea house (where only old men sit down, drink light black tea (with leaves) and dunk hard rolls of bread into the tea and eat that, and discuss all kinds of daily events, solve world problems, with old friends; of course Dilshad was the only woman there, but was welcomed by the regulars. 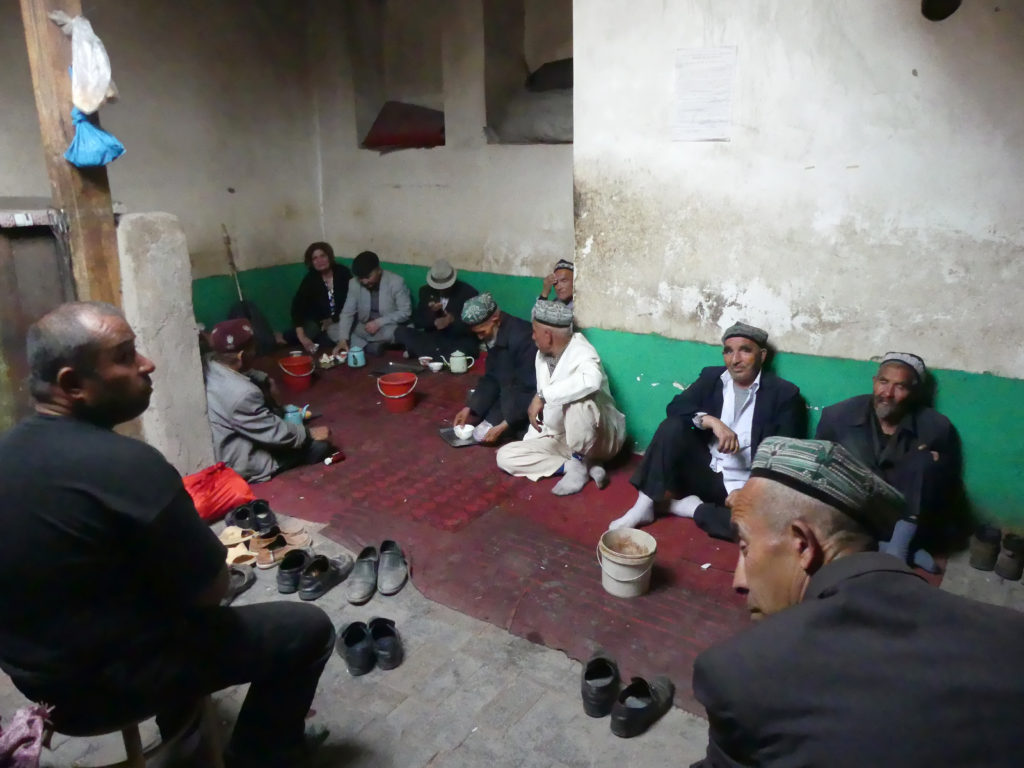 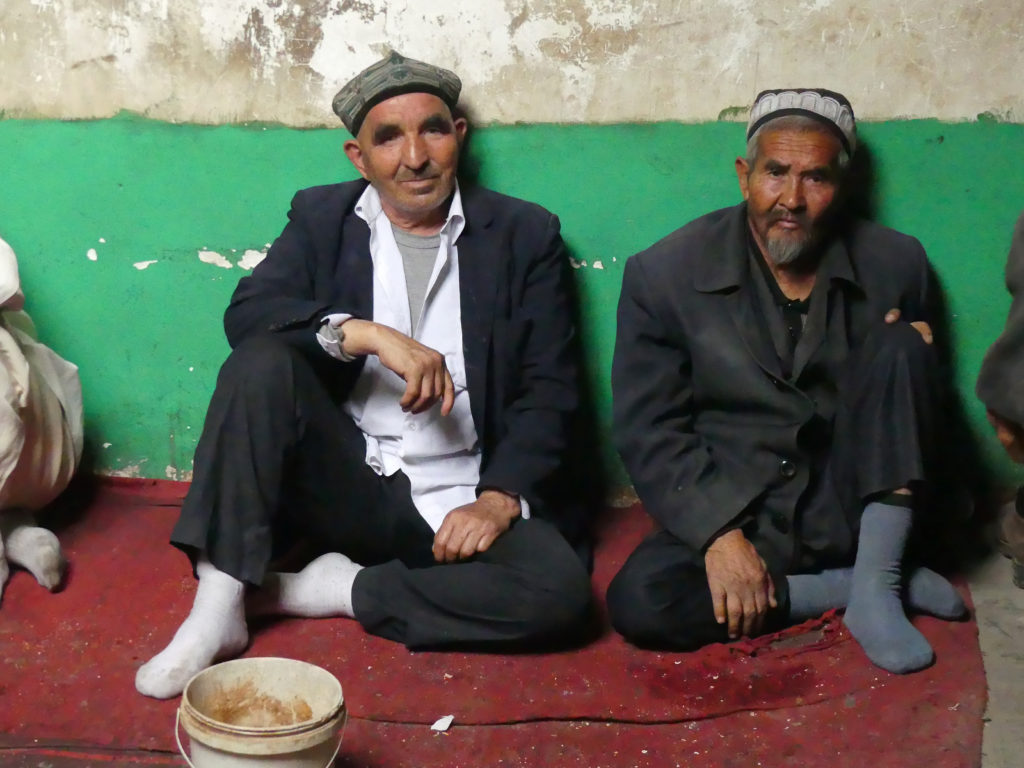 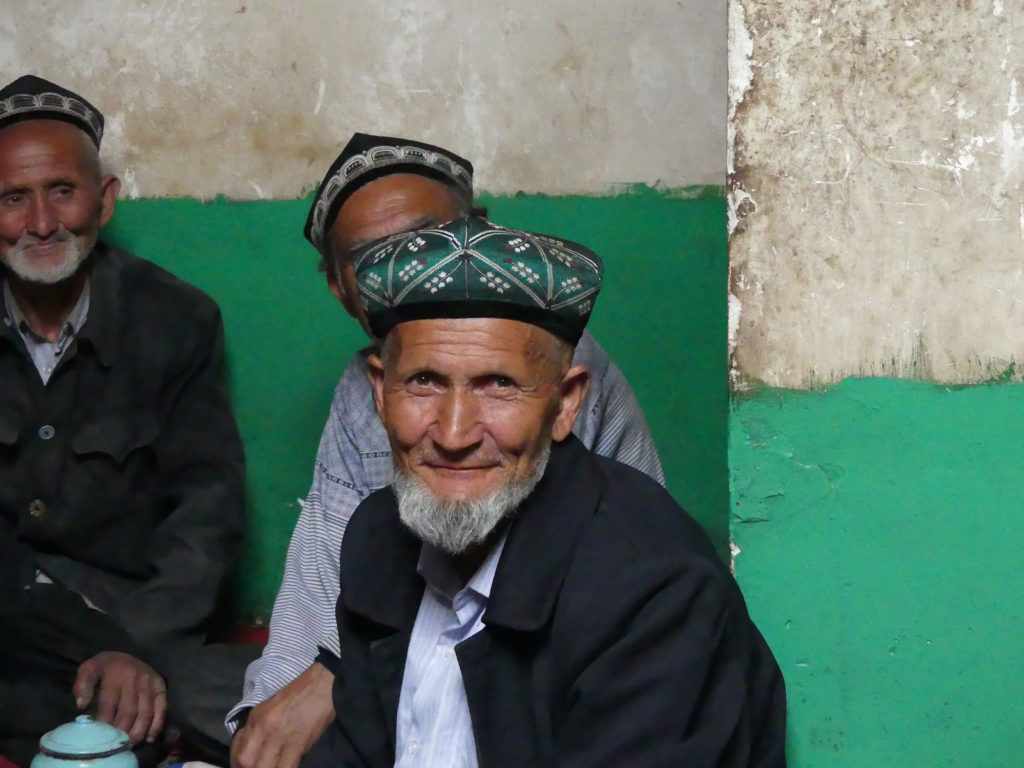 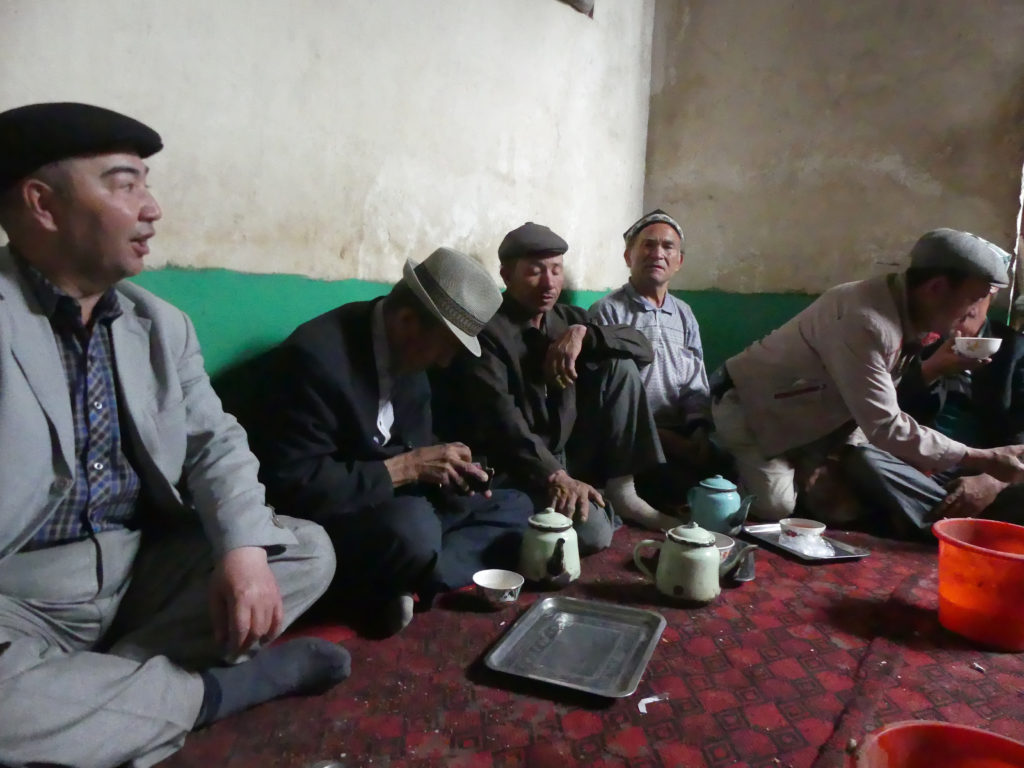 The night market was interesting; only gets set up in the evening with multiple food stalls; making all kinds of local dishes. Please excuse the many pics, as it was very interesting. 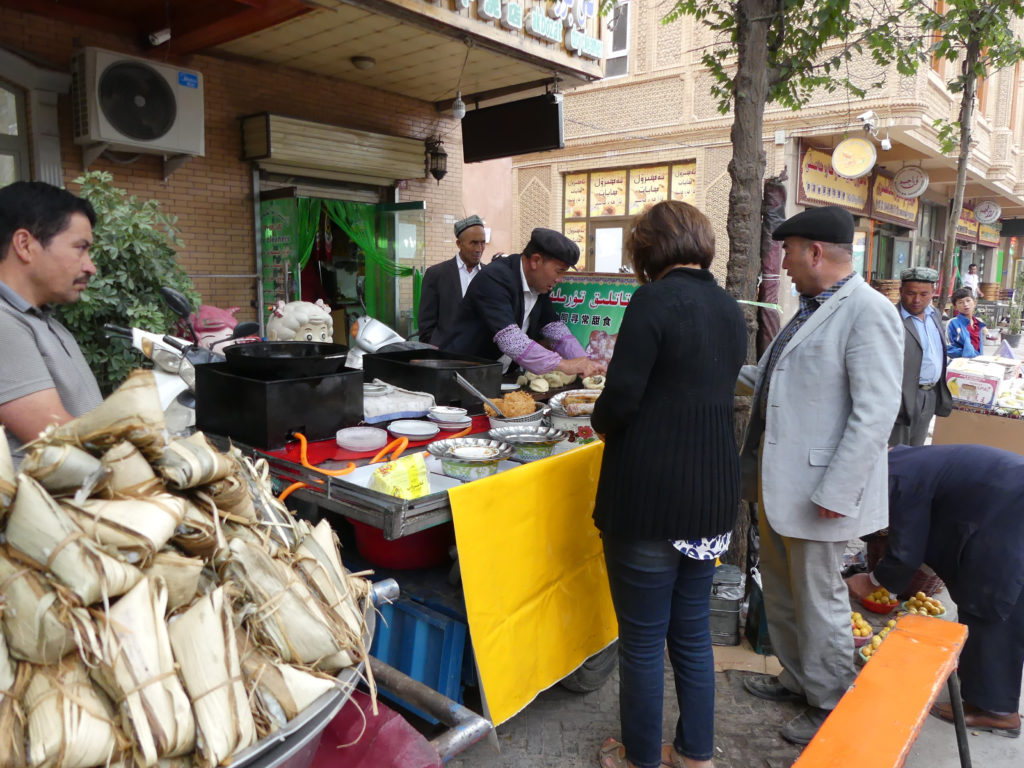 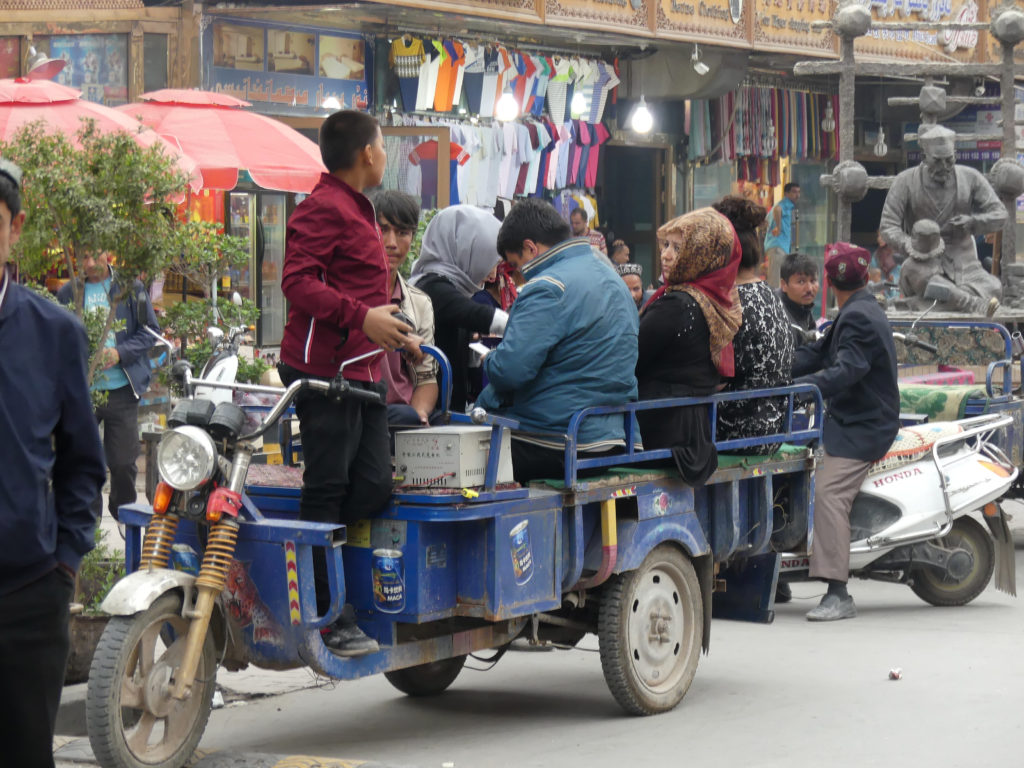 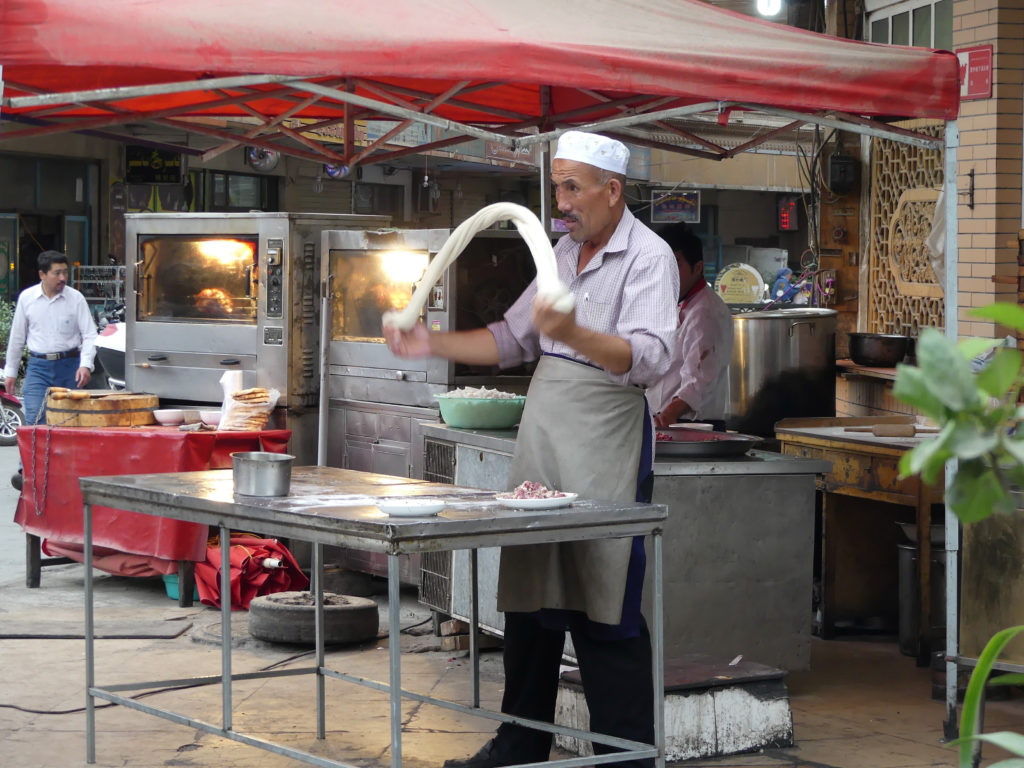 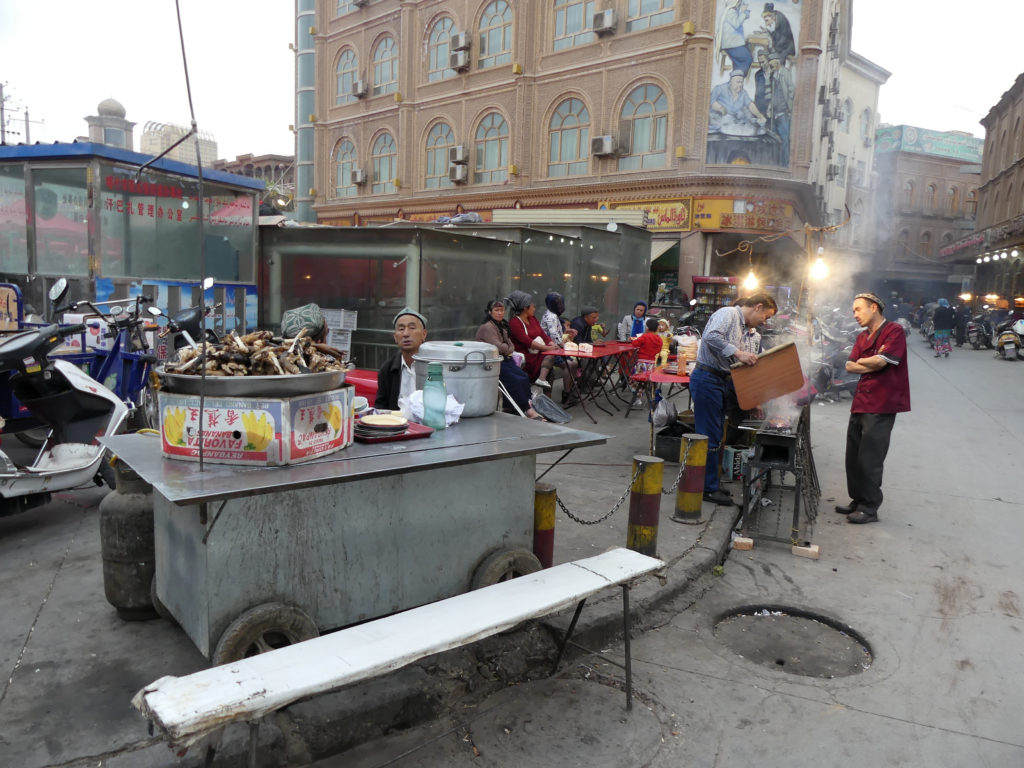 More Outdoor Stalls Getting Set Up 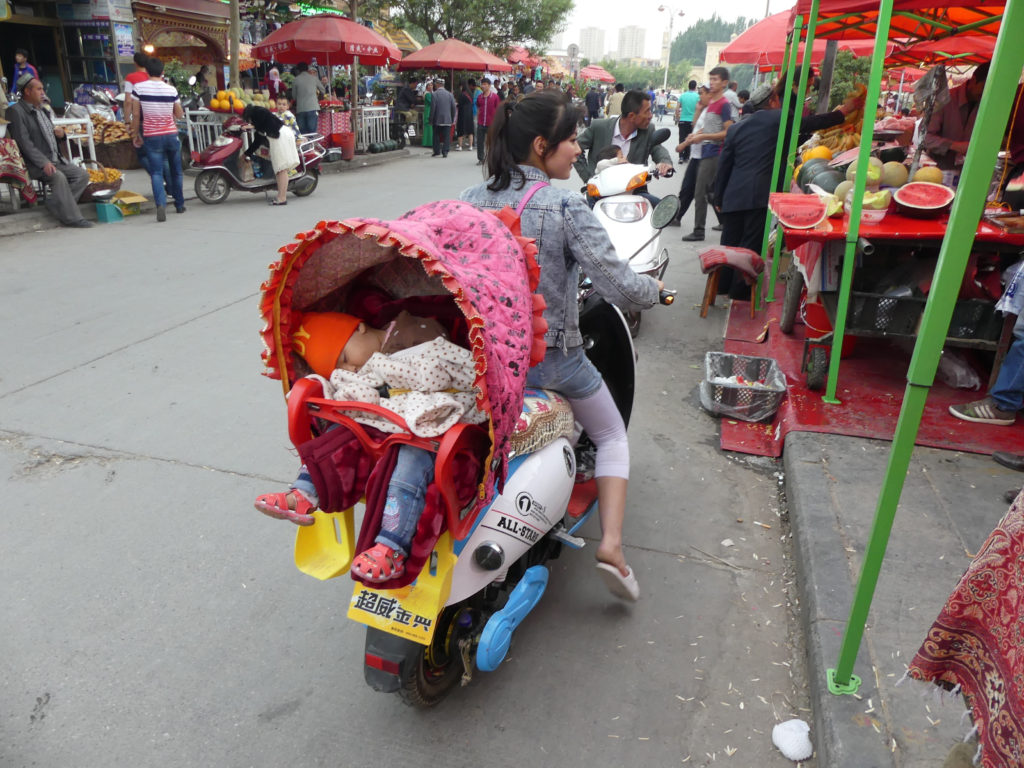 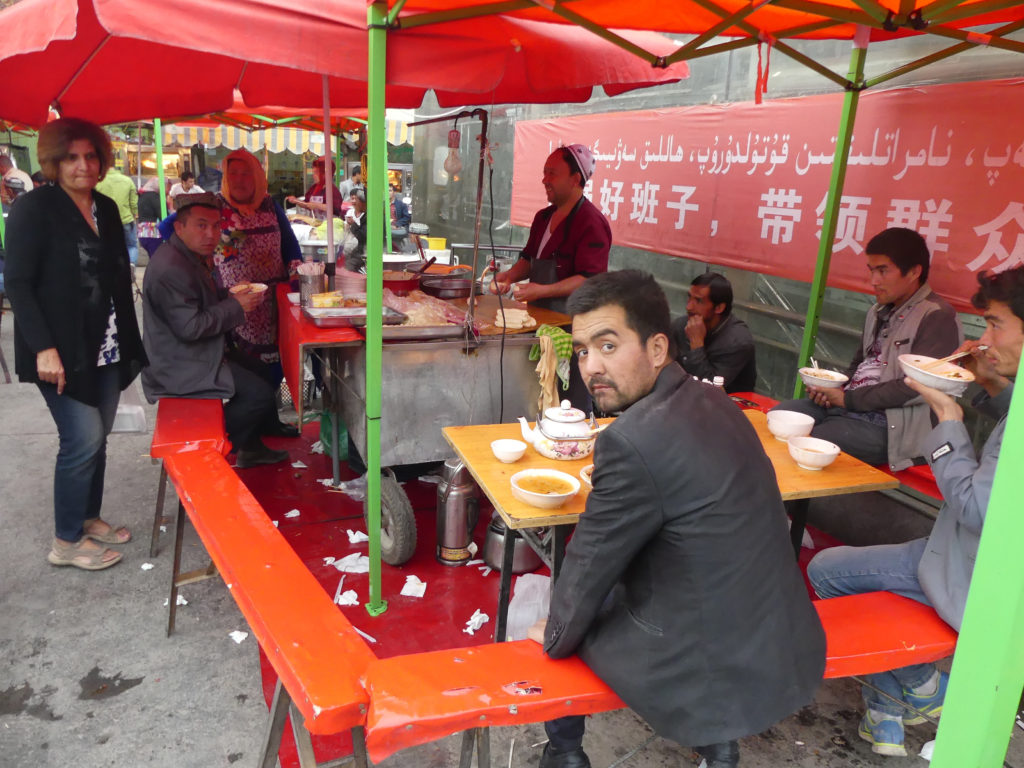 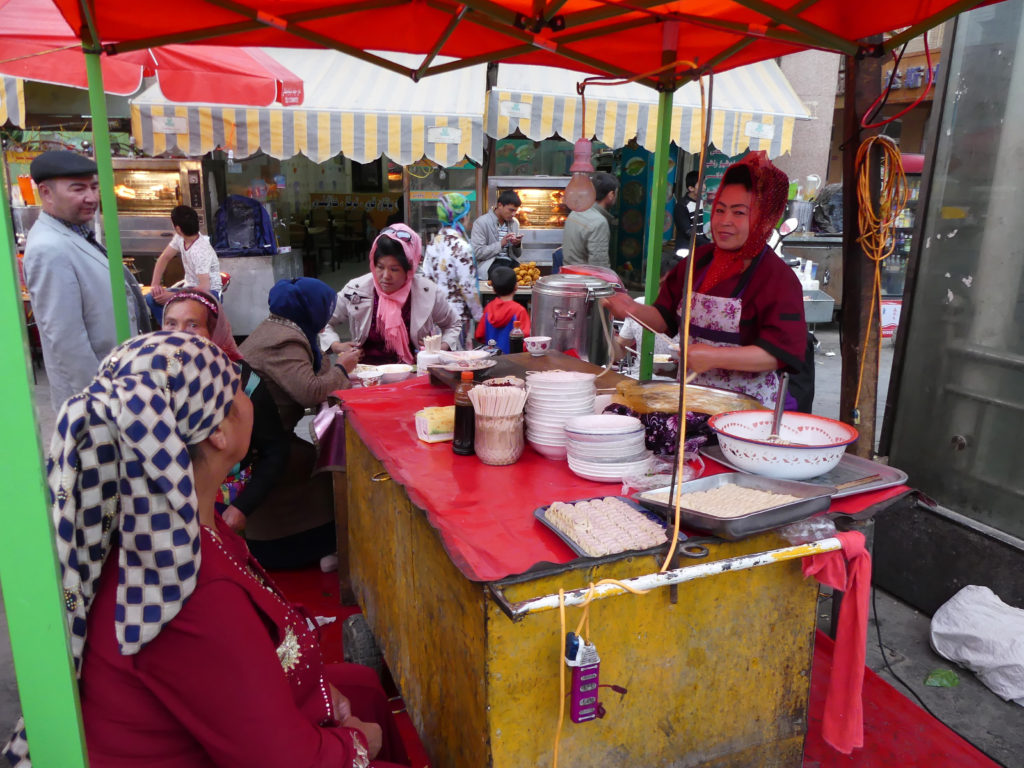 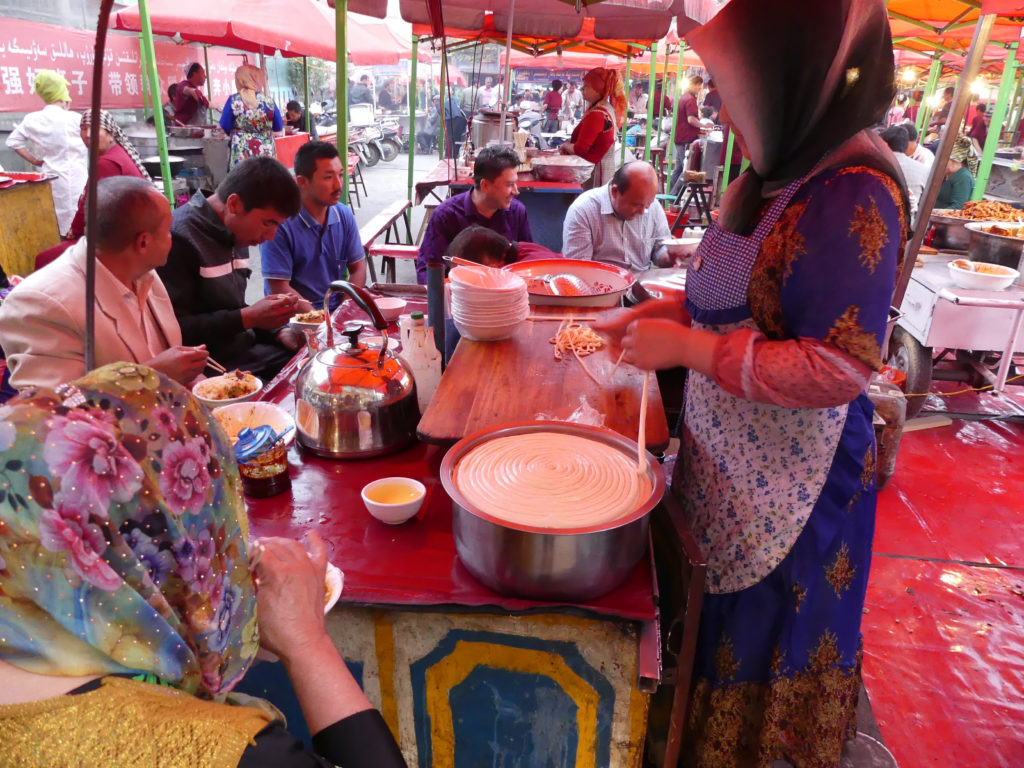 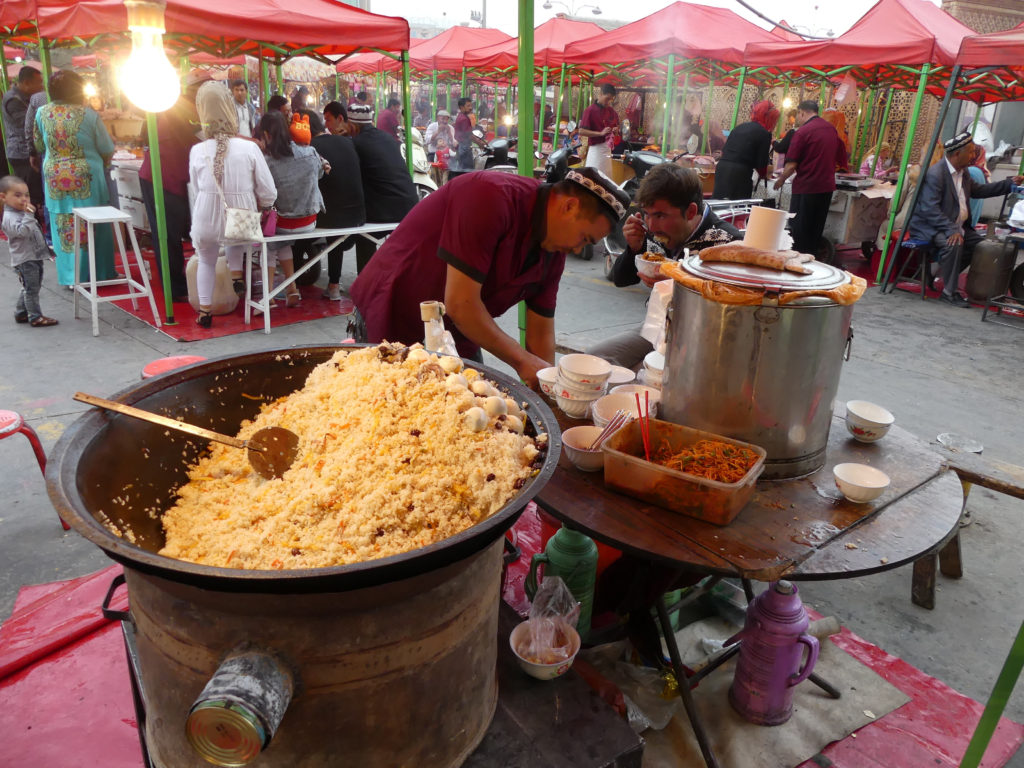 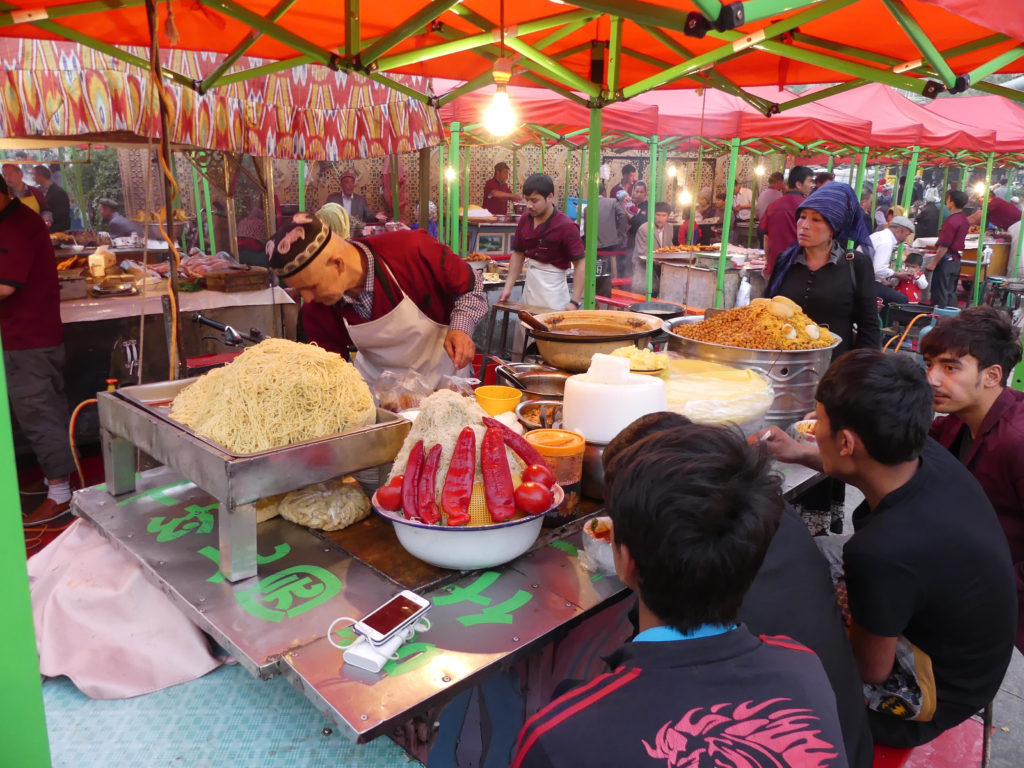 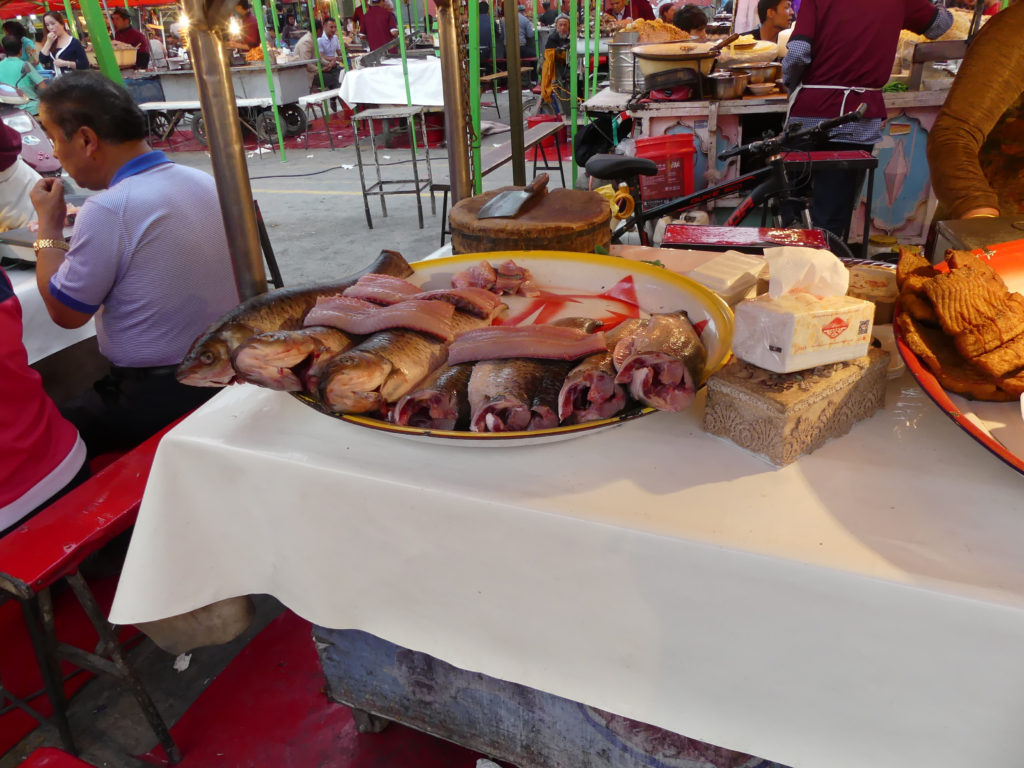 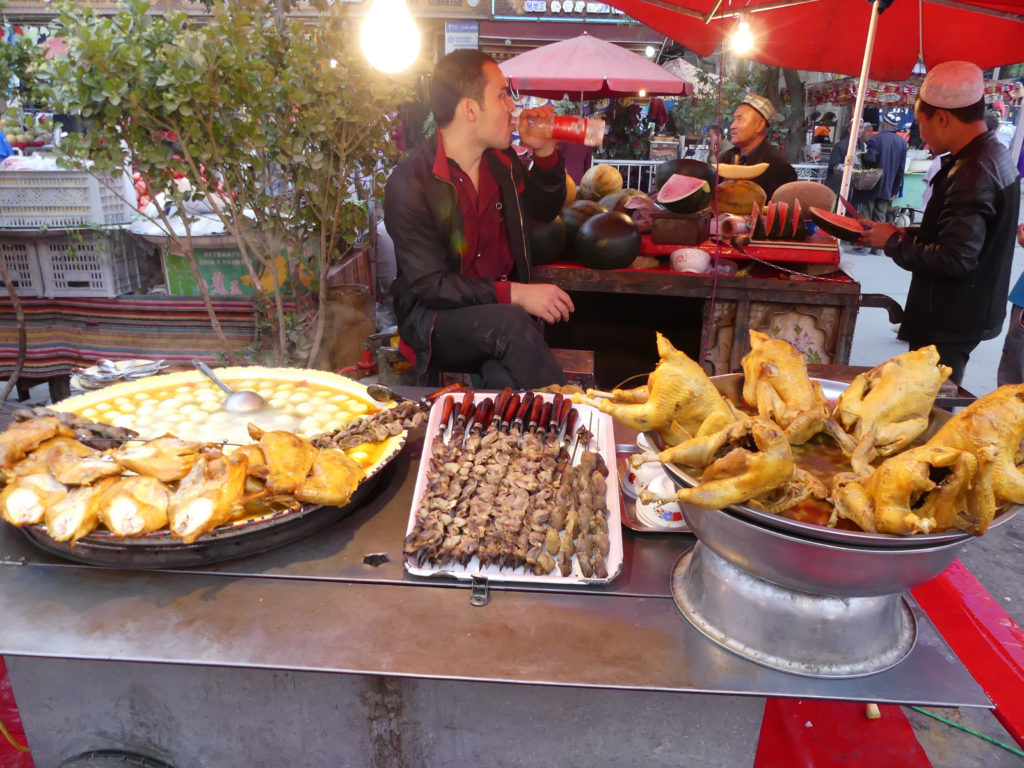 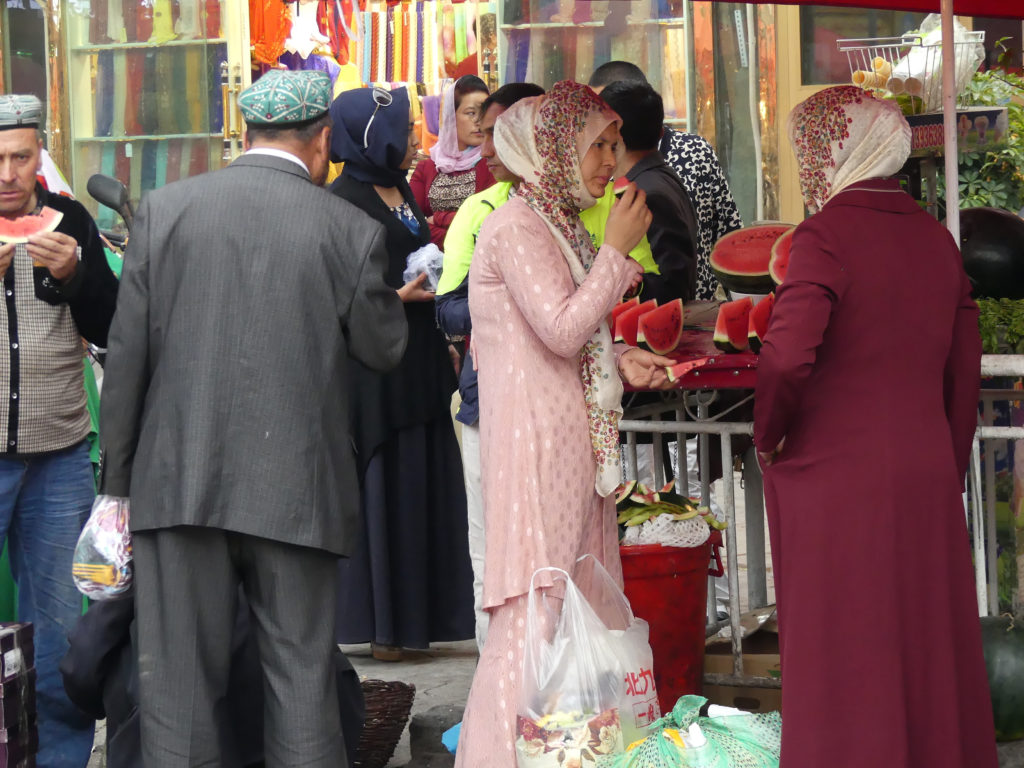 Had dinner at a traditional Uyghur restaurant; which had curtain-separated rooms for families/women. I found a potato dish (my favorite) that I ordered, but it was so hot, I had a hard time eating it 🙁 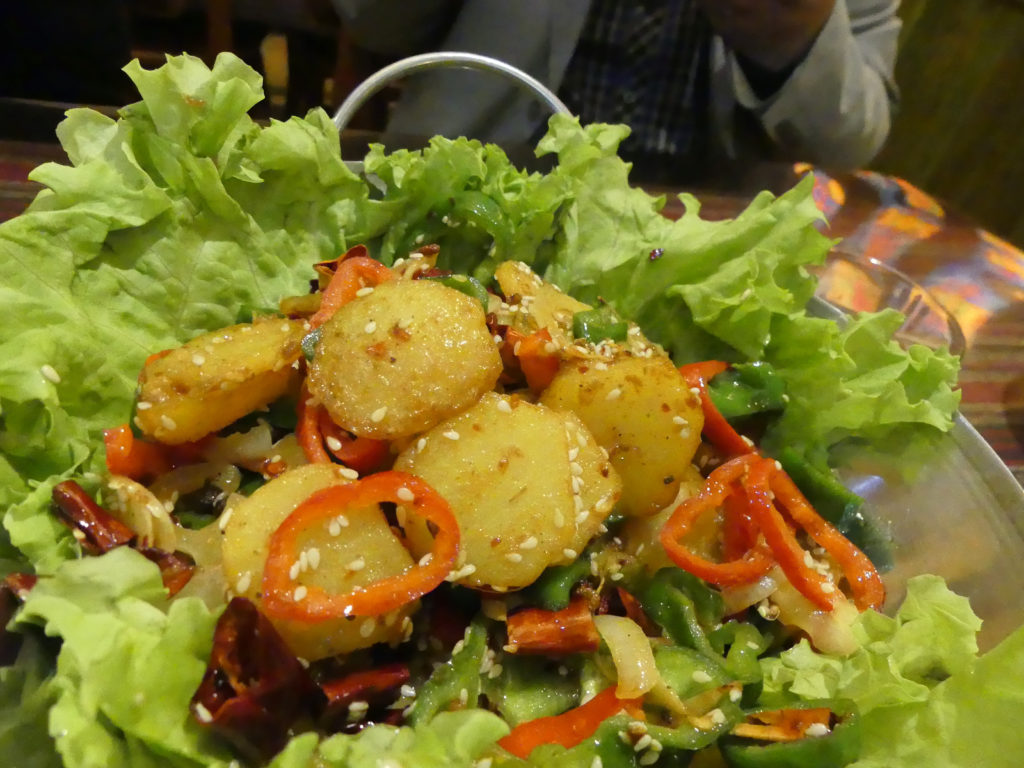 Next to us, was seated a nice Uyghur family, so I went over and salaam’d them, and then shook hands with the father and then the mother. I was told by Ablimit, our guide, that there are several things forbidden in the Uyghur culture:

You live and learn 🙂

This entry was posted in Asia, China, Silk Road China May 2016