Arrived in Barcelona after our adventure with flights in Miami. We then changed our flight to Morocco, to get to Fes directly since we had lost 1 day and so had to keep Casablanca at the end of our tour instead of the beginning.

We purchased tickets to Fes from Barcelona on Ryan Air. Uneventful flight to Fes; arrived there in evening, and after clearing immigration and customs, we took our pre-arranged ride to our Riad in Fes.

Brief History
Morocco was originally inhabited by the Amazir (Berber) people who were then conquered by the Arabs in 709, and converted to Islam. The Amazir dynasties ruled the area from 11th century onwards; They were invaded by the Spaniards in 1860, and then “saved” by the French (and some Spanish/Portuguese invasions) that drove out the Arabs in 1912.

The Amazir culture goes back longer than Islam, and they have their own language and alphabet (looks like Cyrillic characters). Their culture is making a comeback, and children are taught French, Arabic, and Amazir languages in school. Morocco became independent in 1956.

Morocco had several Amazir/Berber Capitals, several Arab Capitals and the French finally settled on Rabat as the Capital city; and Rabat stayed as the Capital after independence.

History of Fes
Fes was one of the Berber capitals until 1925, and is the 2nd largest city in Morocco; after Casablanca. Fes was established in 789, and so is about 1000yrs old. It has 2 Medina’s (old cities); Fes el Bali (larger) and Fes el Jedid

We stayed at Riad Taha in Fes el Bali, which is right in the middle of the old Medina (original walled city, 1000yrs old). Riads are original Amazir homes that are renovated and converted to Bed & Breakfast places, and are generally very well renovated.

The Riads typically have 4-6 rooms around a central open courtyard, and so are very cozy. The Riad Taha was inside the Medina, so our car could not drive up to the Riad due to narrow streets and gulleys; instead it dropped us at the Place El R’Cif square, where Mohammed (owner of the Riad) met us; and we loaded our baggage into a small cart.

We then walked through the square, which was very busy with lots of locals chilling/chatting, and children playing in the square, carts selling roasted corn, cigarettes and various fruits. We walked down narrow gulley’s to the Riad, which fortunately was off the main alleyways, and so was quiet.

When you enter the Riad, the atmosphere becomes very nice (compared to the gulley’s)and very pleasant. We were seated in the central courtyard (open to the sky) and fed Mint tea; while our arrival and passport details were recorded.

Mohammed showed us our rooms on the 3rd floor; climbing a narrow winding stairway. Mohammed’s family had owned the 1000 yr old property for the last 11 generations, and he showed us the deeds showing the ownership over the years. In the past few years, they had decided to convert their home into a Riad, hence Riad Taha.

After changing and getting refreshed, Mohammed took us to a small restaurant in the Medina where we had dinner of kebabs. 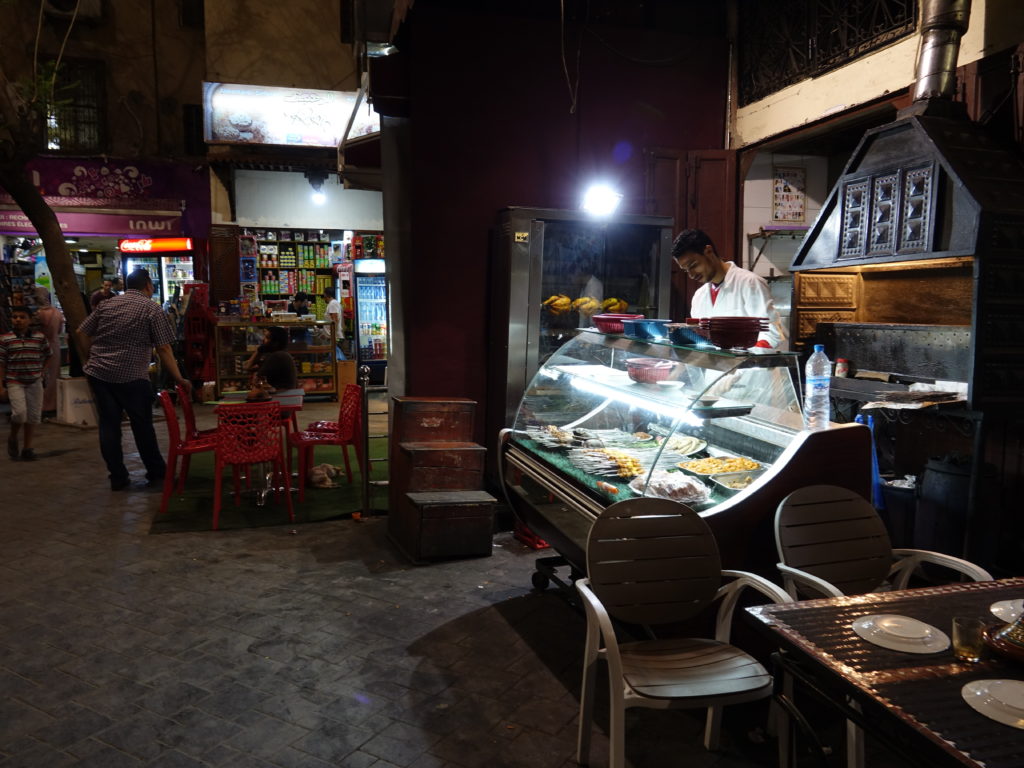 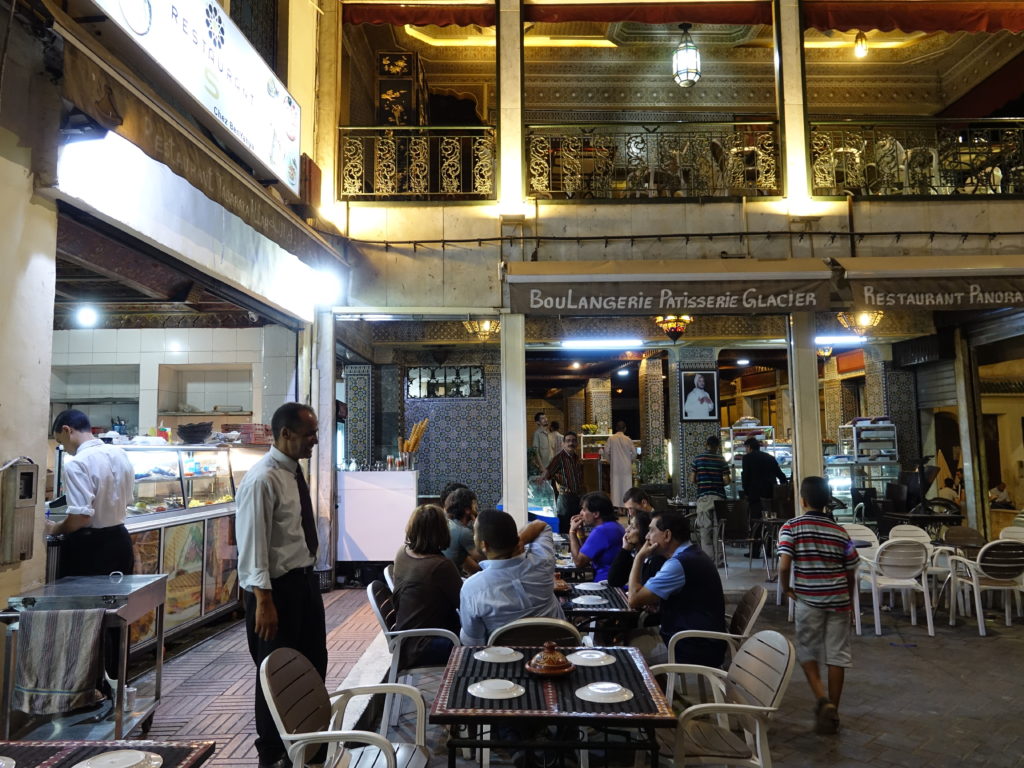 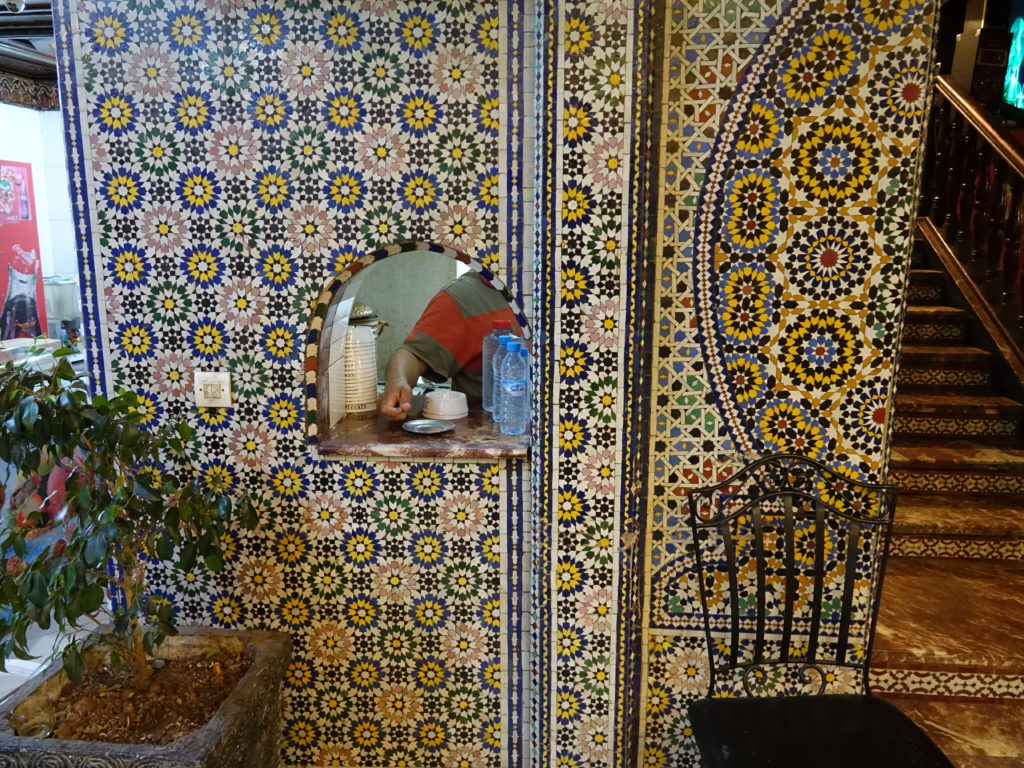 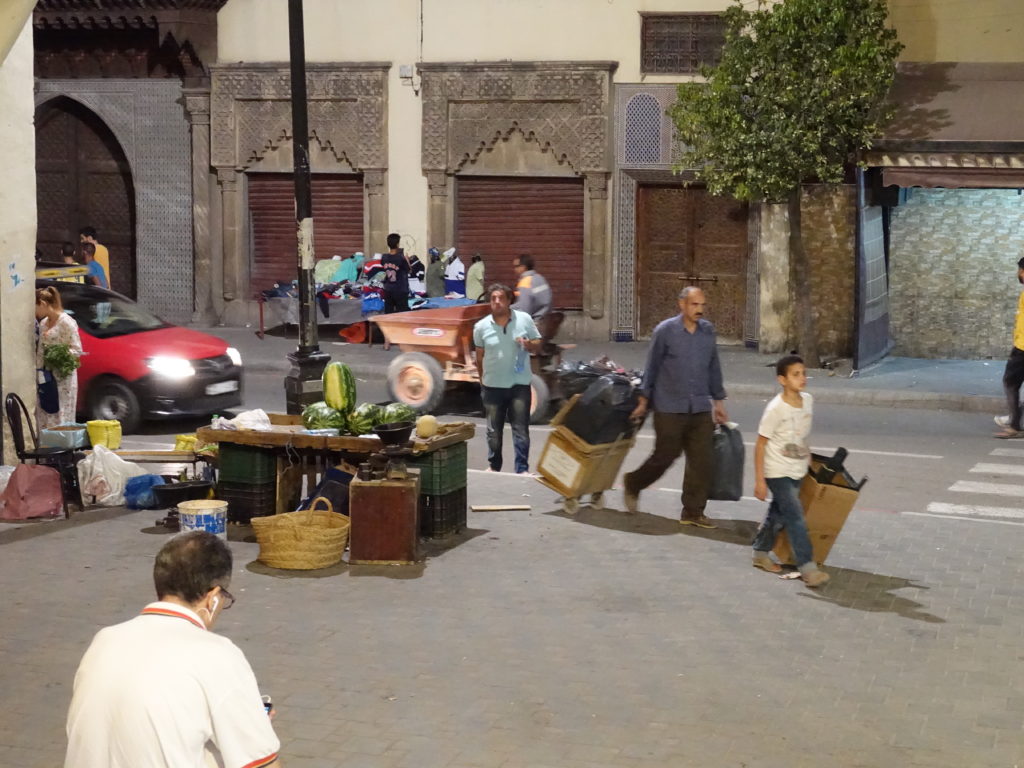 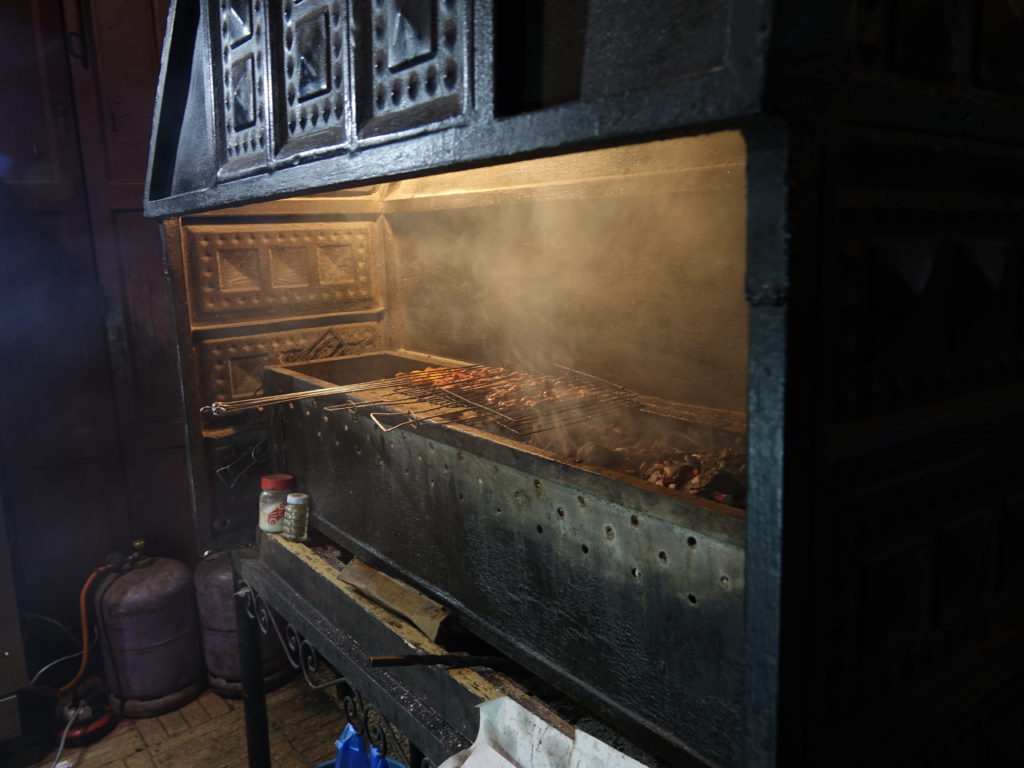 The El R’Cif plaza had mostly emptied out, but we had to try out the roasted corn from the carts. 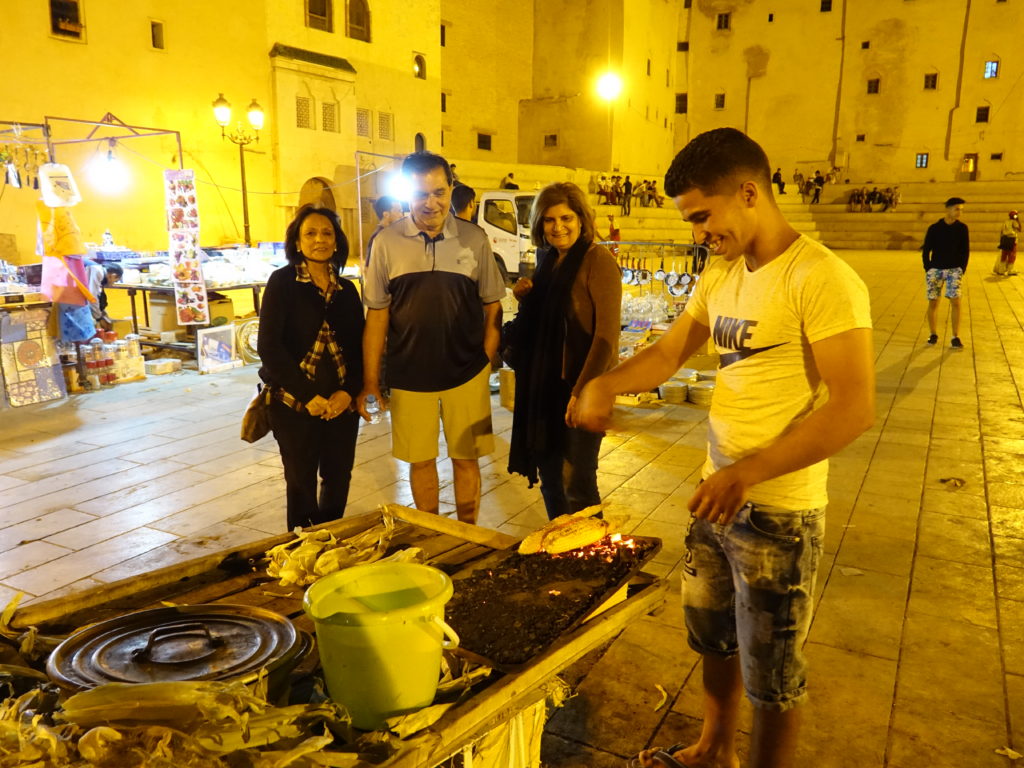 We then hit the sack as we were all tired.So far, we have found the Moroccan locals to be very friendly and very helpful, not pushy at all, and always welcoming us warmly, wherever we went. A very nice start to our Fes trip.

More on exploring Fes next. 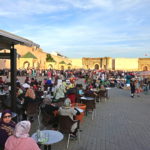 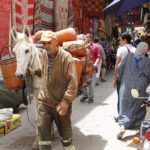 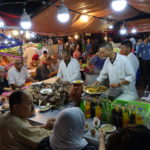 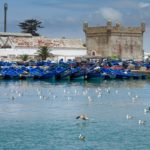 Essaouira. Morocco
This entry was posted in Africa, Morocco, Morocco May 2017