Next morning, after breakfast in the condo, we checked out and drove back to Patzcuaro. We arrived there mid-day, and found a nice hotel (Pueblo Magico) 2 blocks from the town centro,and settled in. Patzcuaro is another old Spanish Colonial town with a rich Spanish and local history. It sits at the south end of Lake Patzcuaro, and is one of the 100 Historic World Treasure Cities named by United Nations, and also one of Mexico’s “Pueblos Mágicos” (Magic Towns).

Interesting Information
Patzcuaro is one of the 100 Historic World Treasure Cities named by United Nations.

The old town center was restored to the old colonial and indigenous style, complete with whitewashed Adobe/Wood buildings and cobblestone streets. The town center is called the Plaza Vasco de Quiroga or the Plaza Grande. This plaza is large considering the size of the town.

The Plaza has a fountain containing a bronze statue of the bishop Vasco de Quiroga. The Plaza is surrounded by old, stately ash trees and colonial-era mansions. Unlike most other towns and cities in Mexico, the main church does not face this plaza, but instead, the Basilica is located off the square. The main square is filled with grand colonial mansions from olden days, now stores selling a very wide variety of crafts. 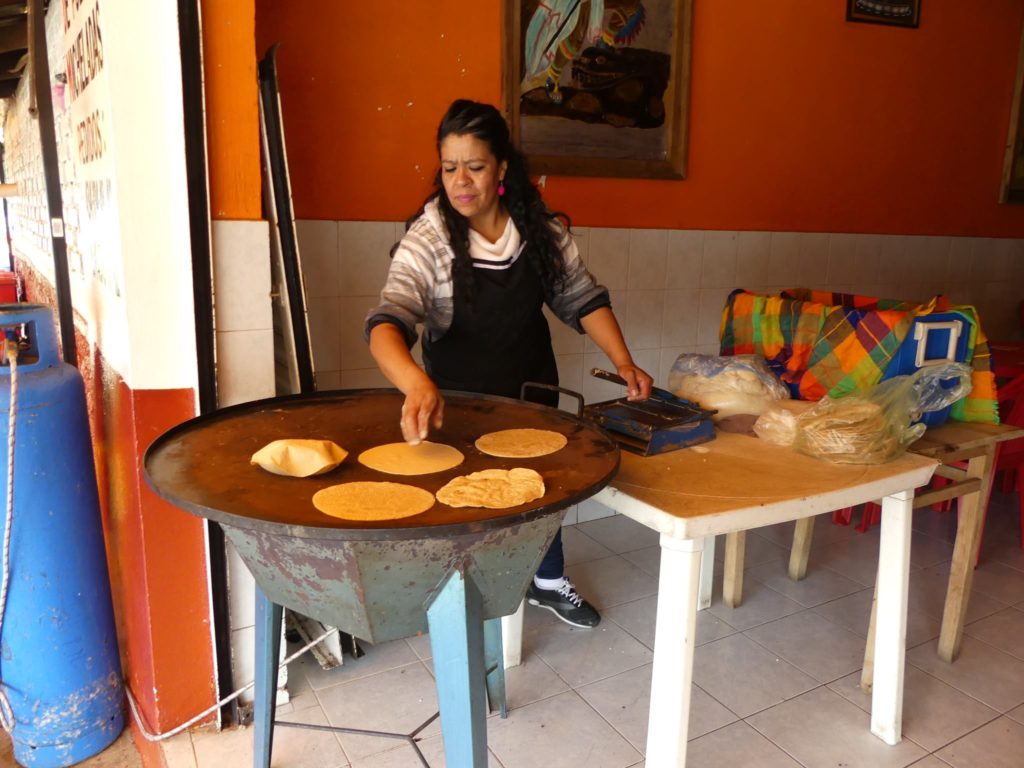 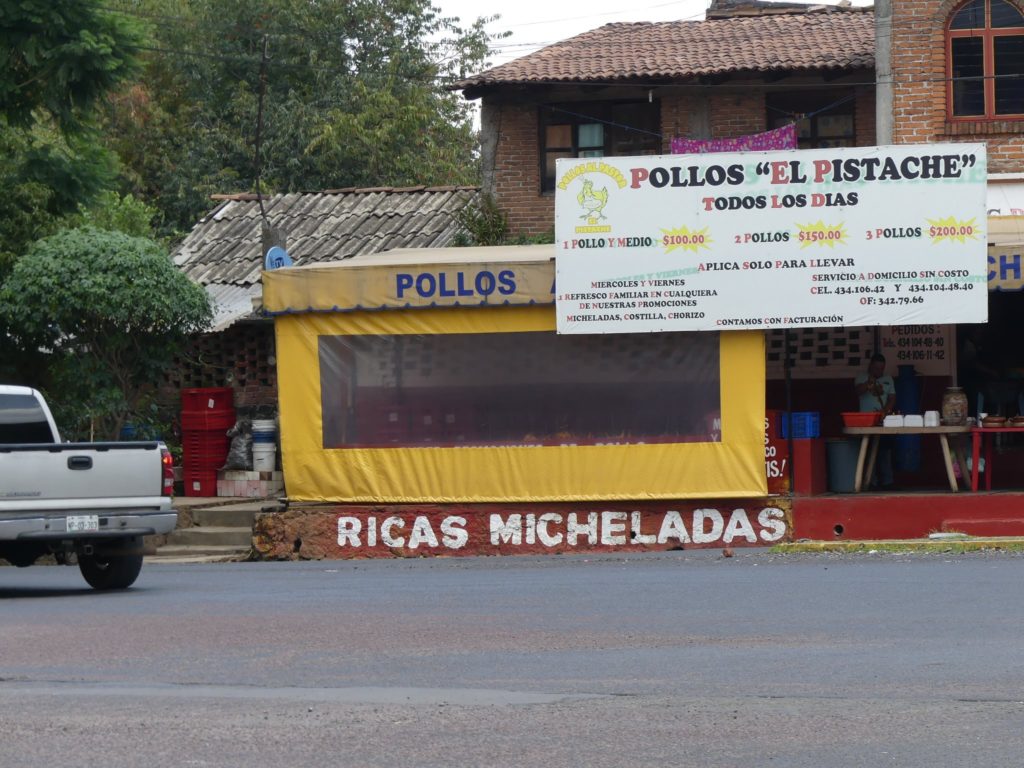 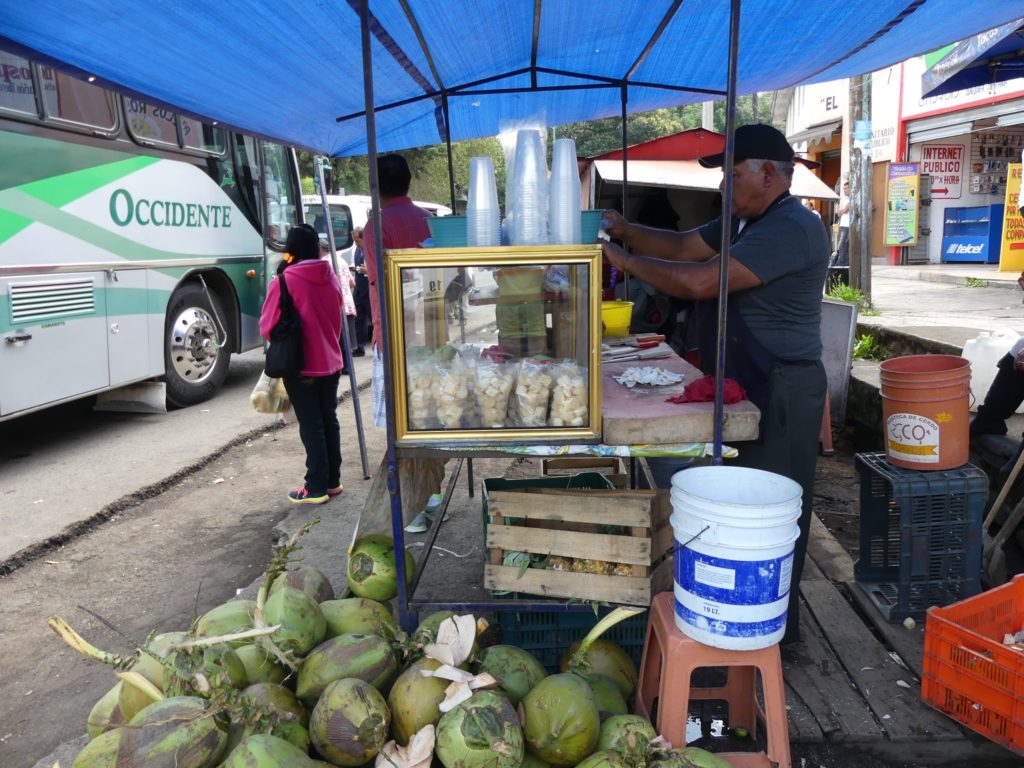 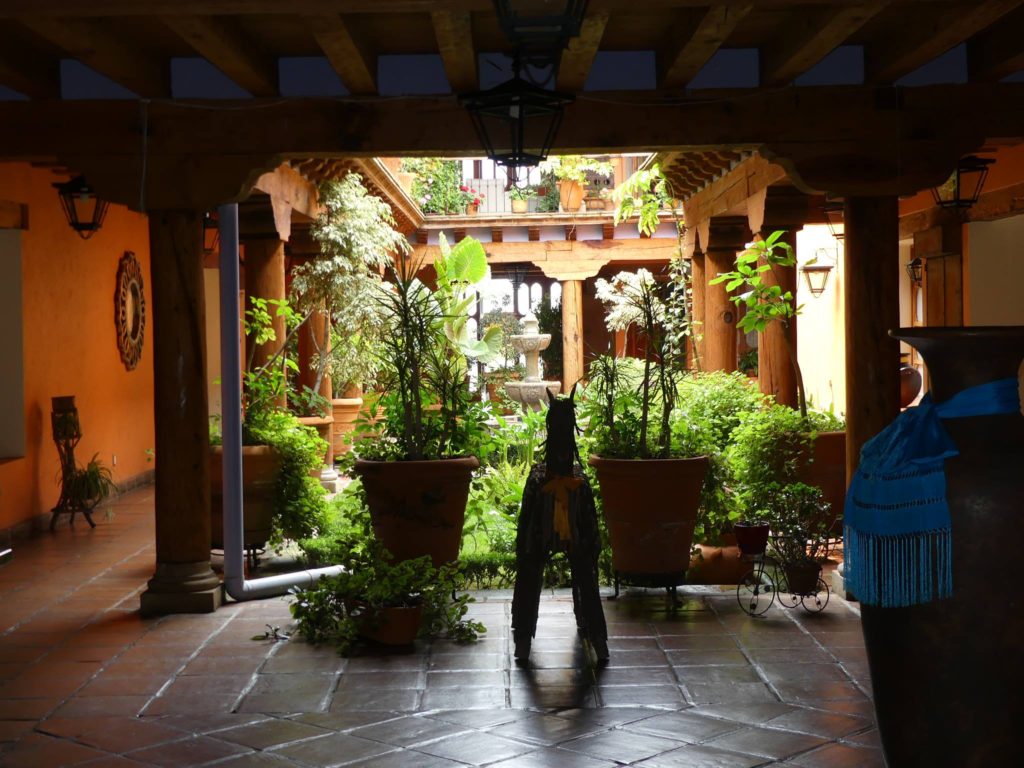 Courtyard of our hotel (Pueblo Magico) in Patzcuaro 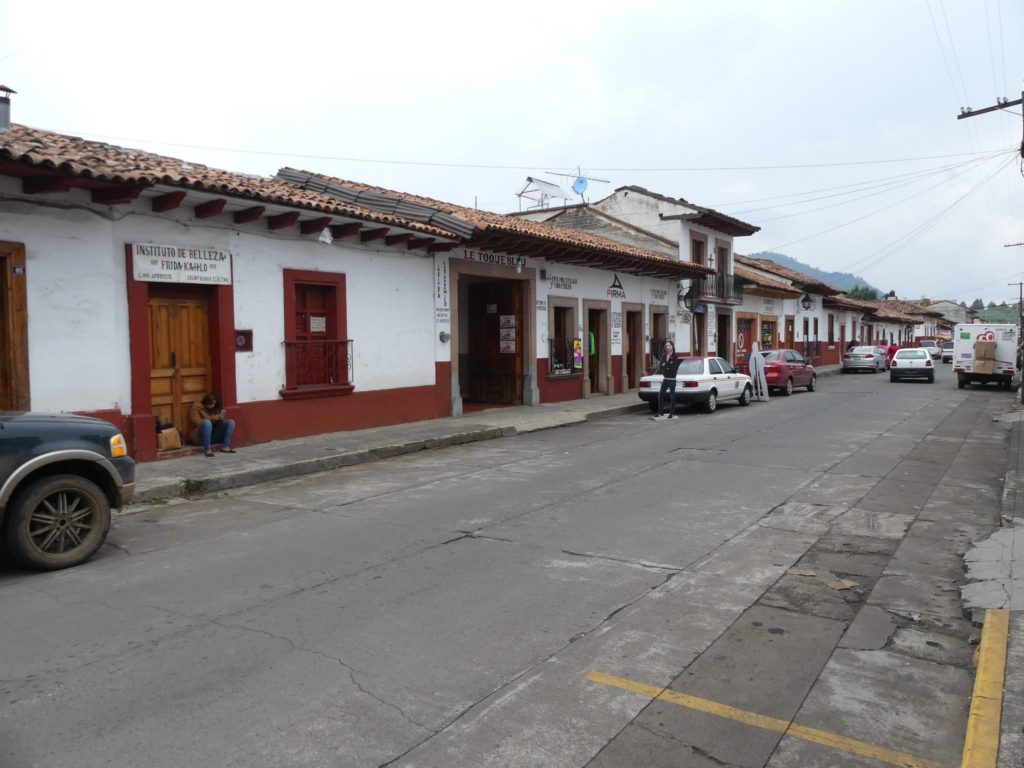 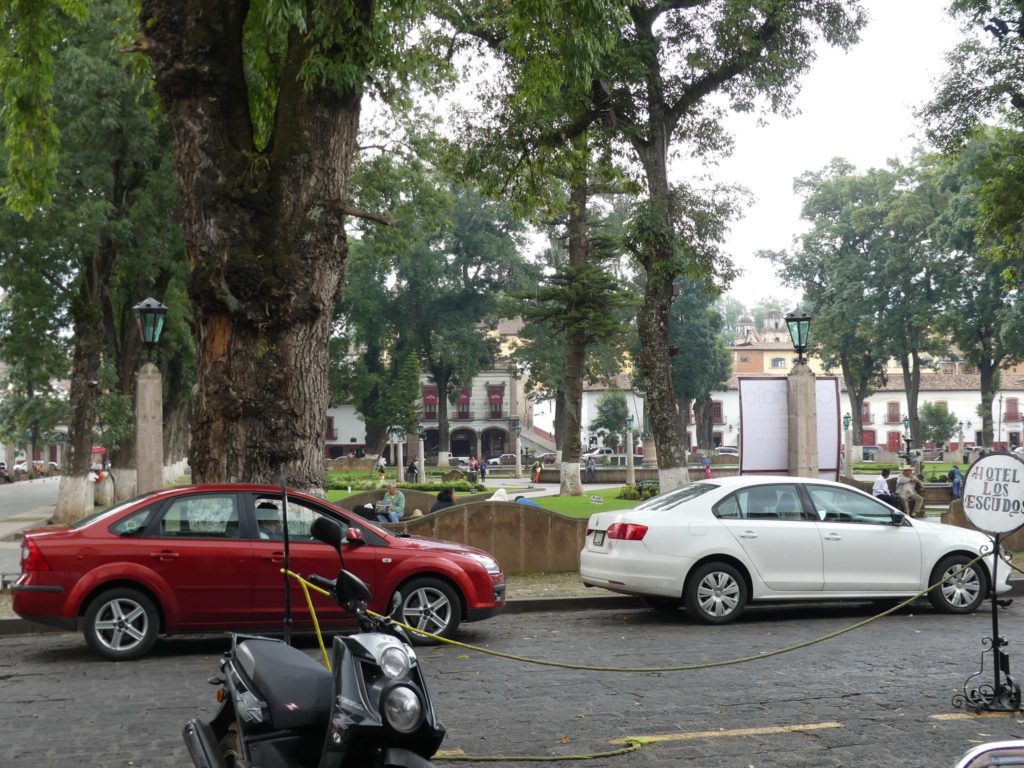 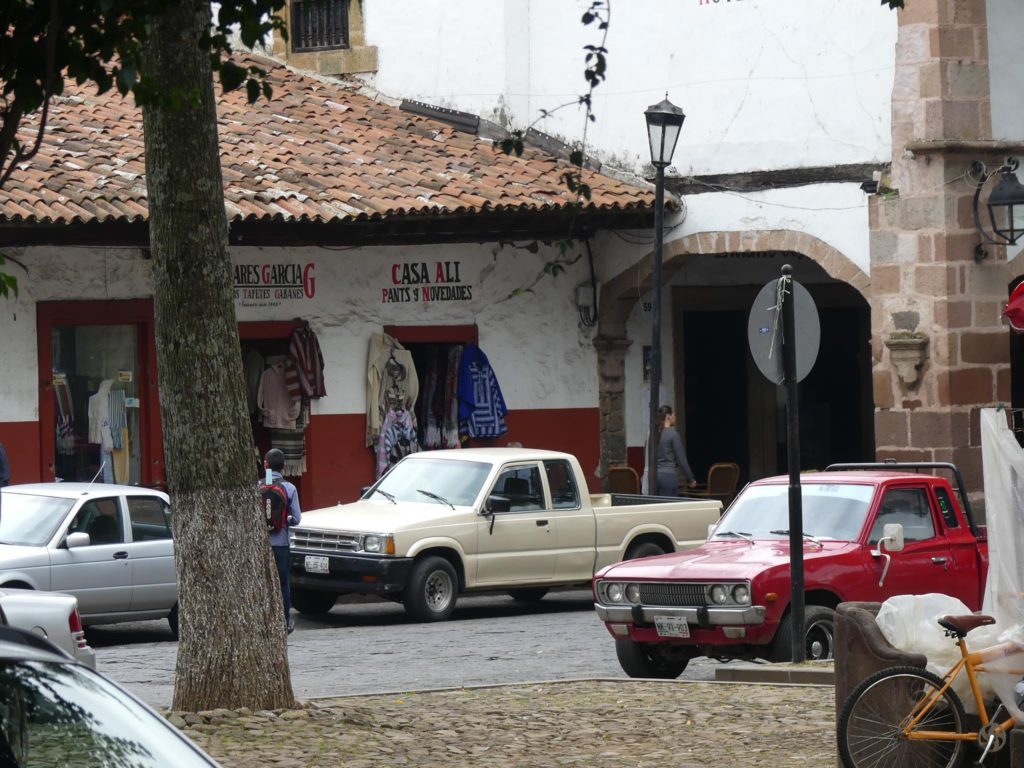 Local scenes; with my own business shop 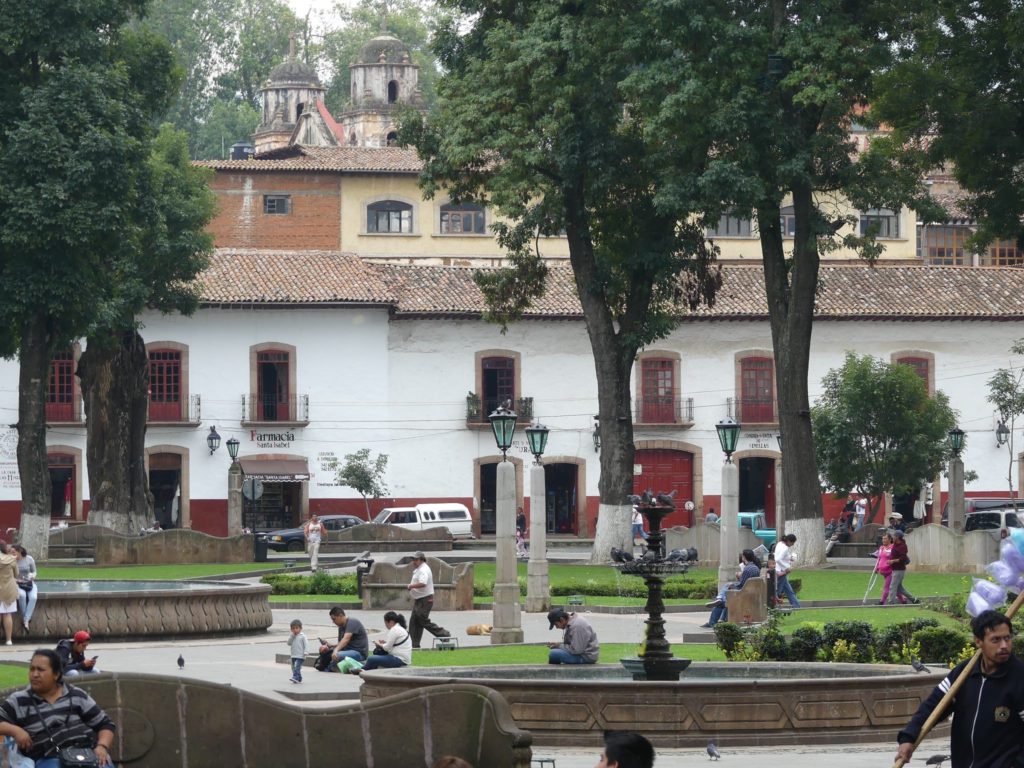 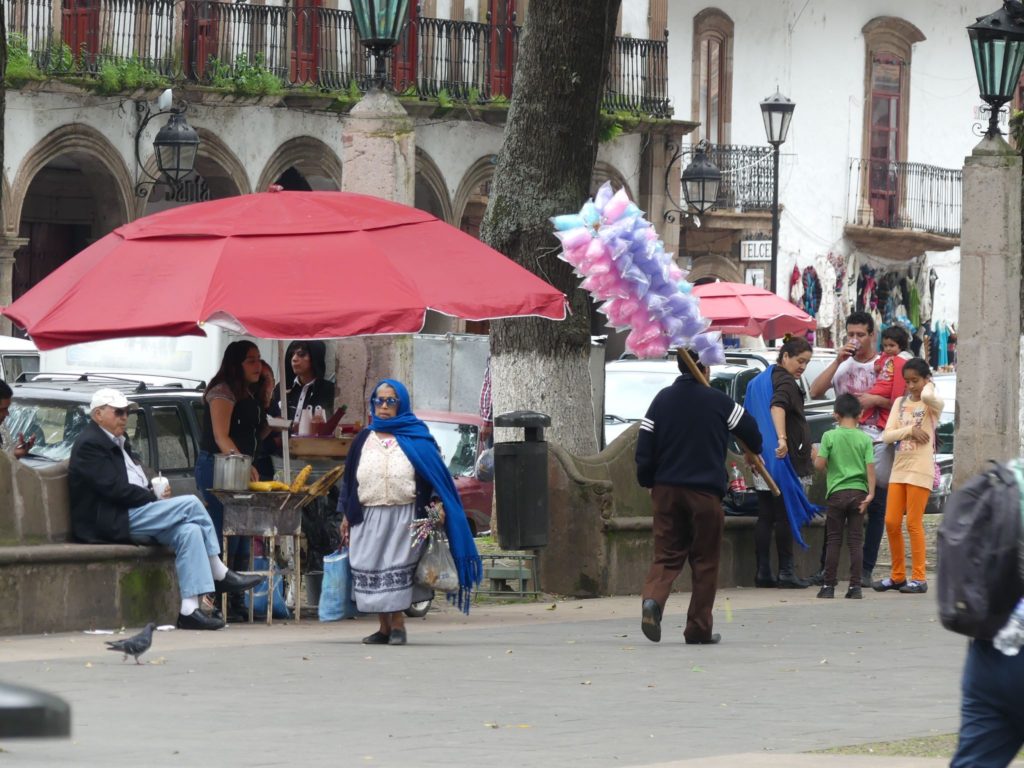 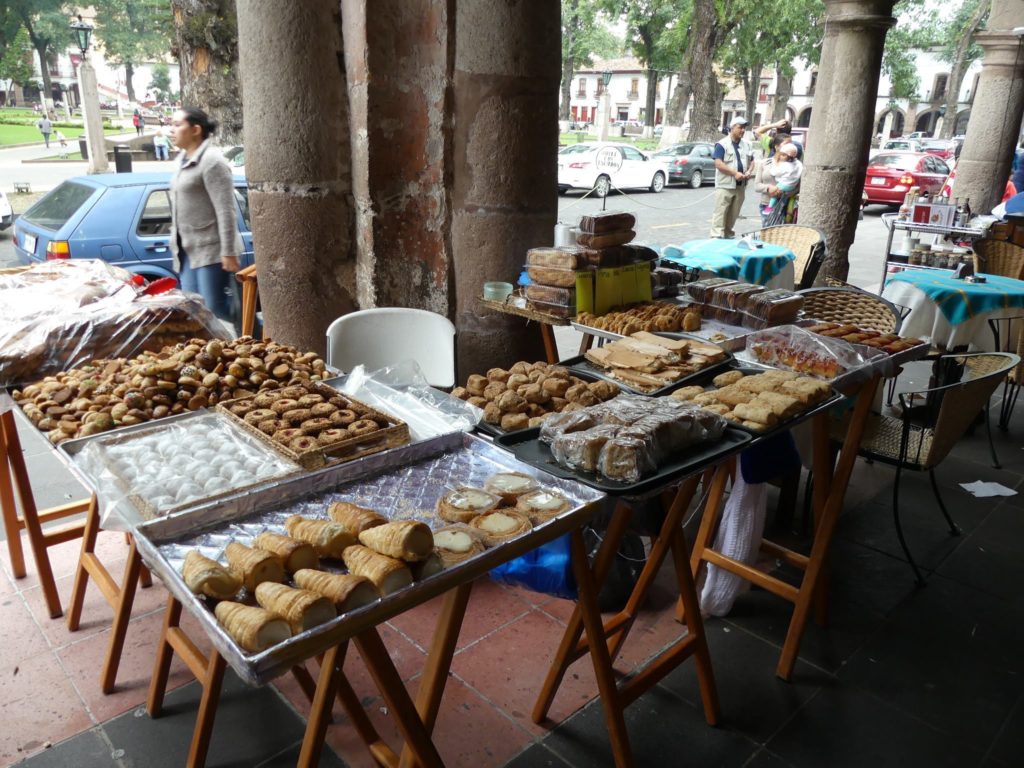 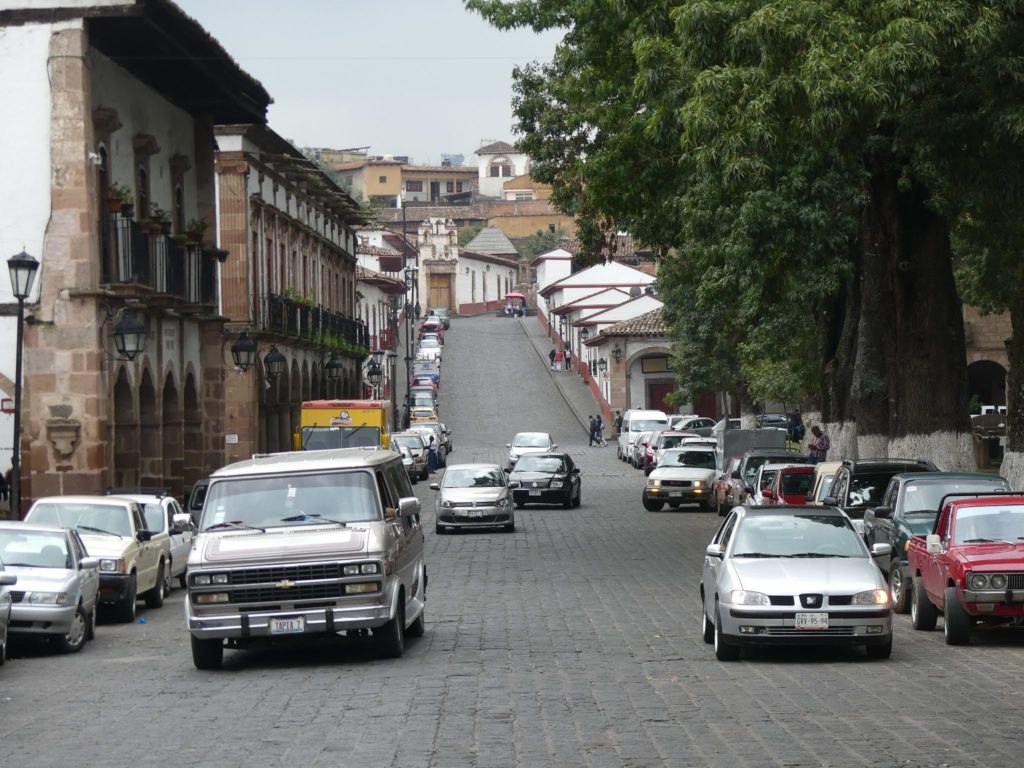 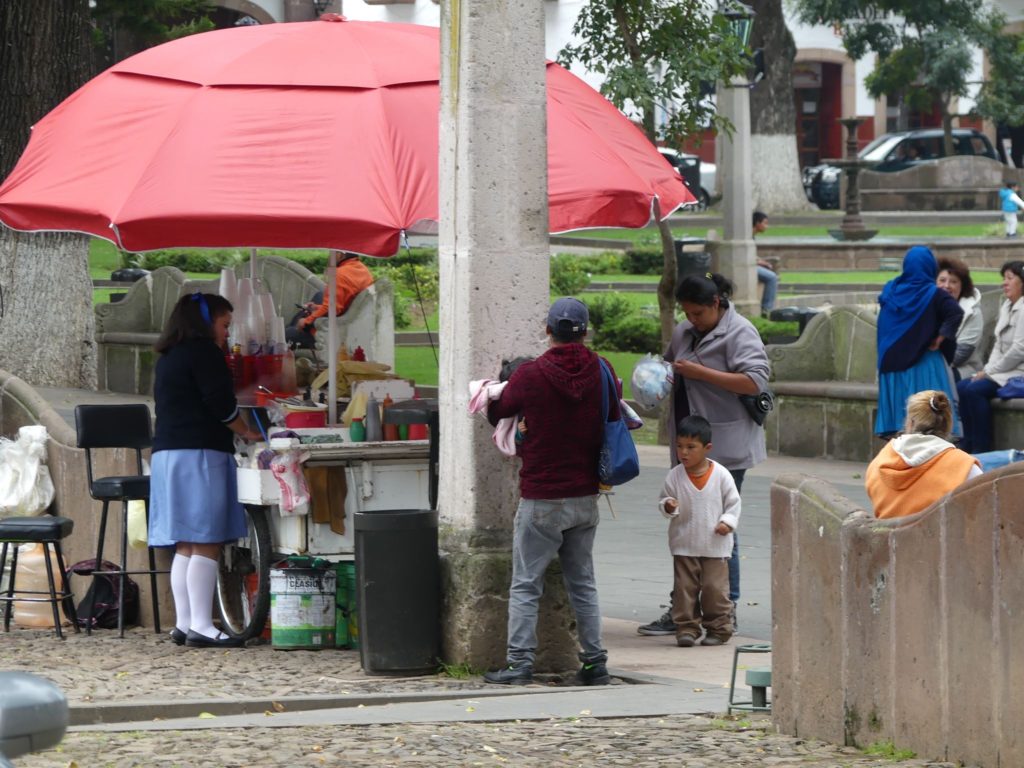 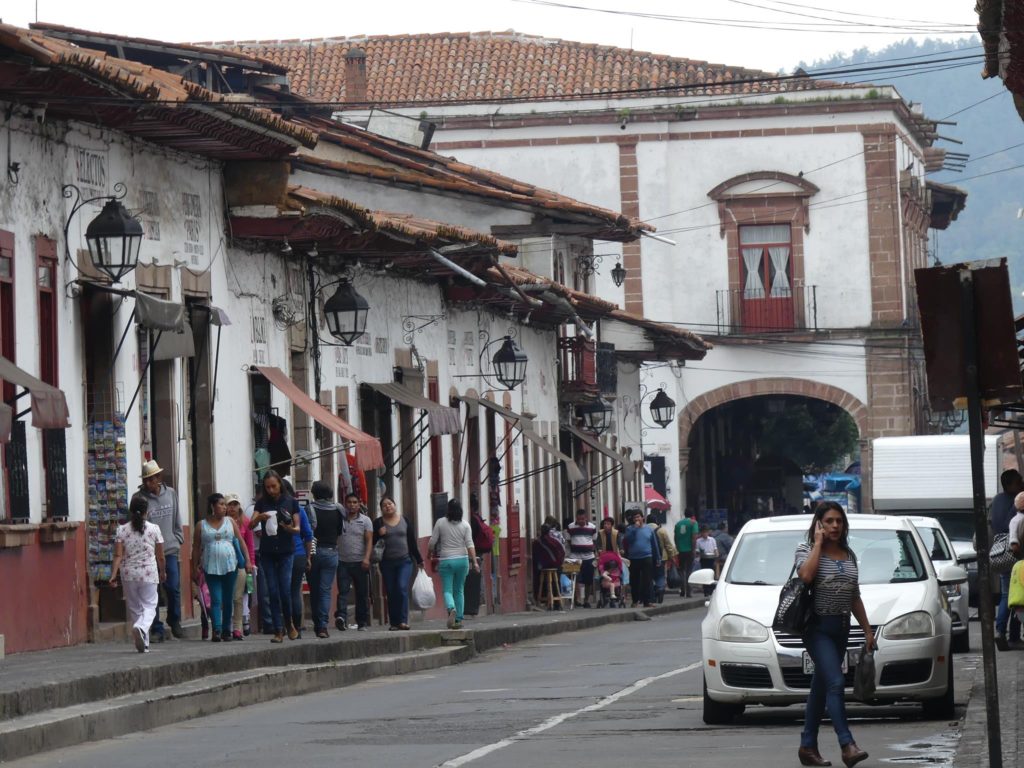 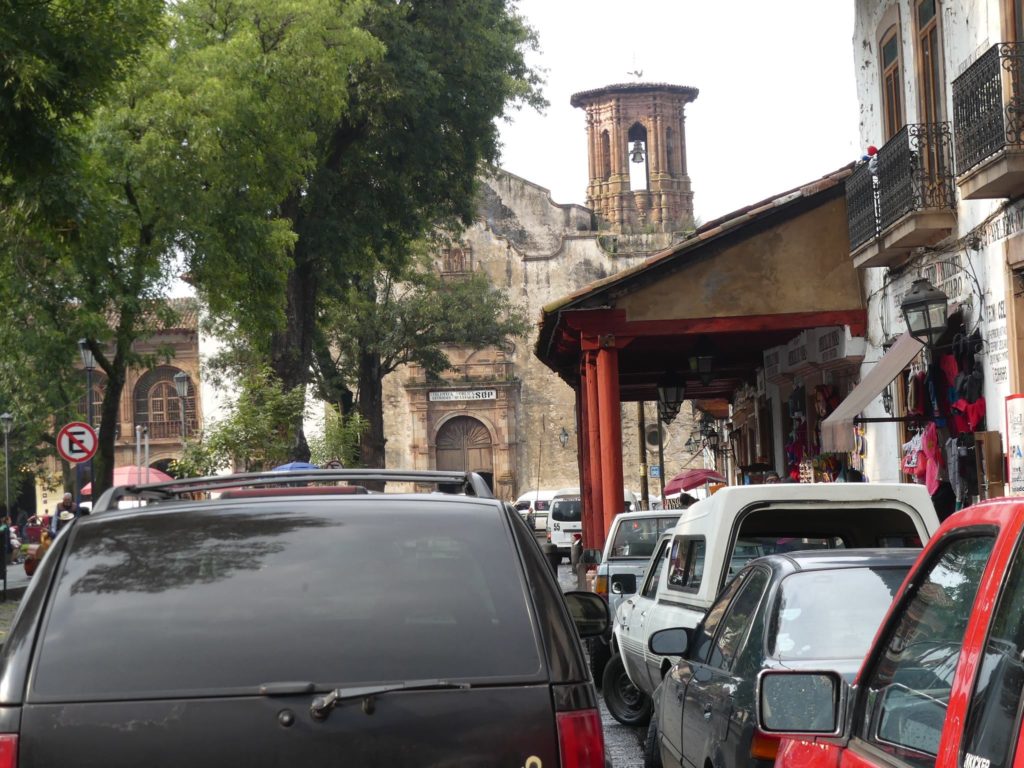 Pátzcuaro and the surrounding lake area have one of the best-known Day of the Dead (Dia de Muertos) celebrations in Mexico. Markets catering to Day of the Dead abound in all of Michoacán but the best of what is to be had is in the market in the main plaza of Pátzcuaro. Here is one of the major crafts competitions of the year. Day of the Dead is celebrated very intensely in the towns and villages around Lake Pátzcuaro.

We went over to find the ferry to take us to the Isla de Janitzio is the main island of Lake Pátzcuaro .The town of Janitzio, which means “where it rains”, is located atop the hill island. Janitzio can only be reached by boats which run regularly back and forth from about 7:30 am to 6 pm, accessible from Pátzcuaro’s pier (embarcadero).

Unfortunately, we got lost and by the time we found the embarcadero, it had started raining. I guess it rains a lot in this area. So instead of visiting this island, we went to the main square to relax. I had to get my obligatory haircut when out of town ( $2), and then walked around the large square and surrounding areas to look at the handicrafts.

Mental note to come back here for the Dia de Muertos celebrations on Nov 1st; hopefully the rain will hold back

Dinner was a nice pizza place for a change. Back at the hotel, we checked flights for the next day, and discovered that the one & only flight back from Morelia to Dallas was fully booked. So researched other cities close to us that had American Airline flights, and decided that we needed to get back from Leon, Mexico; about 200 kms away. Decided to leave early the next morning for Leon airport, and catch the flight from there.

Next morning, we executed Plan C, and drove over to Leon airport; arriving there about 9AM. Since we were early, we decided to drive to Guanajuato city, for breakfast as it was only 20 minutes drive away. We had been to Guanajuato city before several years ago, and it has to be one of the most picturesque cities we have ever been so; so looked forward to this. Arrived on the outskirts of Guanajuato, got a map, and drove to the old town center via old underground silver mines that were abandoned, but used now as underground roads to get into the old town. Had a great breakfast in an outdoor café in the old town square, in front of the cathedral and the Teatro Juarez. Then made our way back to Leon Airport after walking through the old Guanajuato town streets, churches, squares and the Mercado of course. 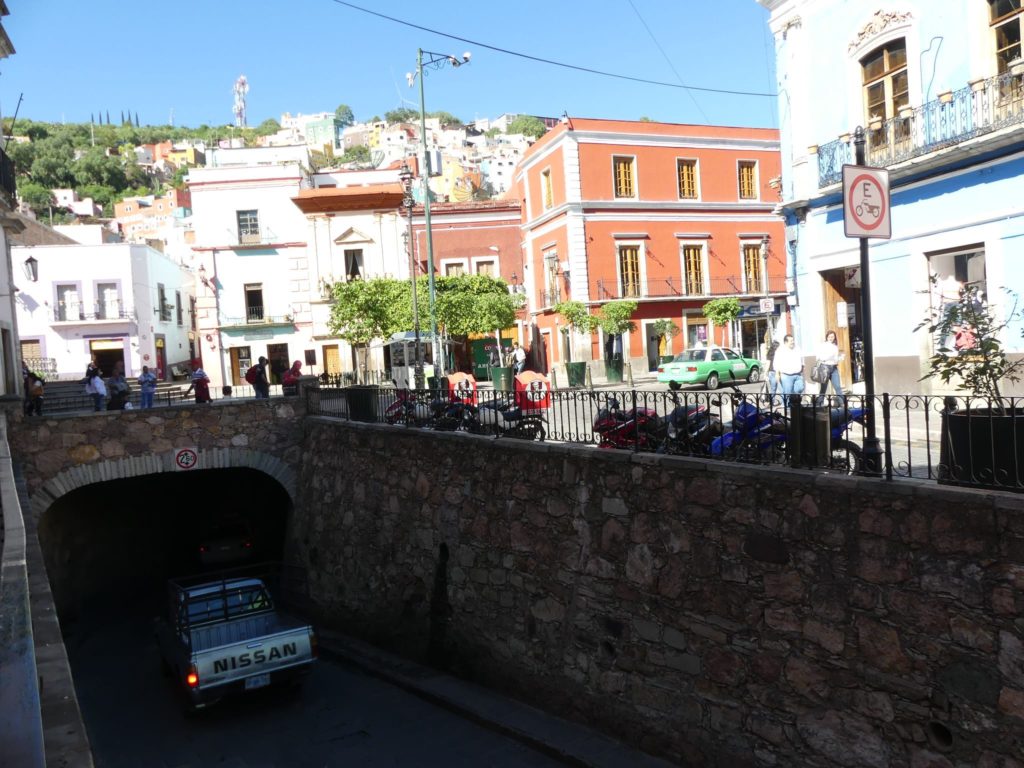 Guanajuato scenes; note the tunel which were silver mine tunnels in the old days 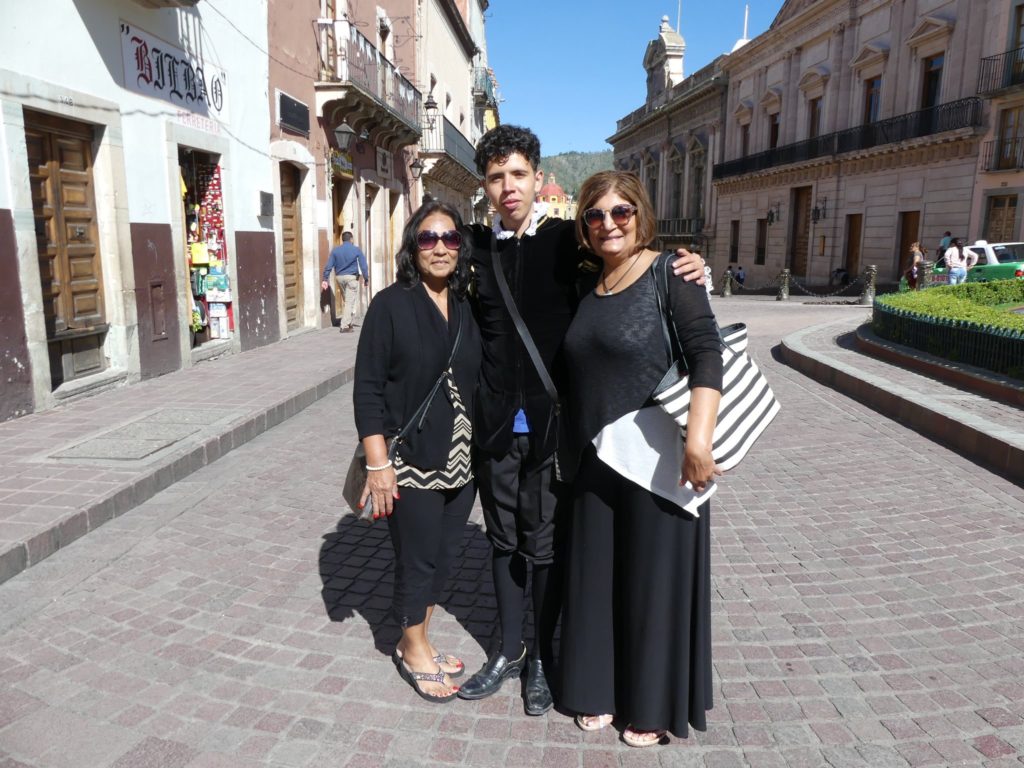 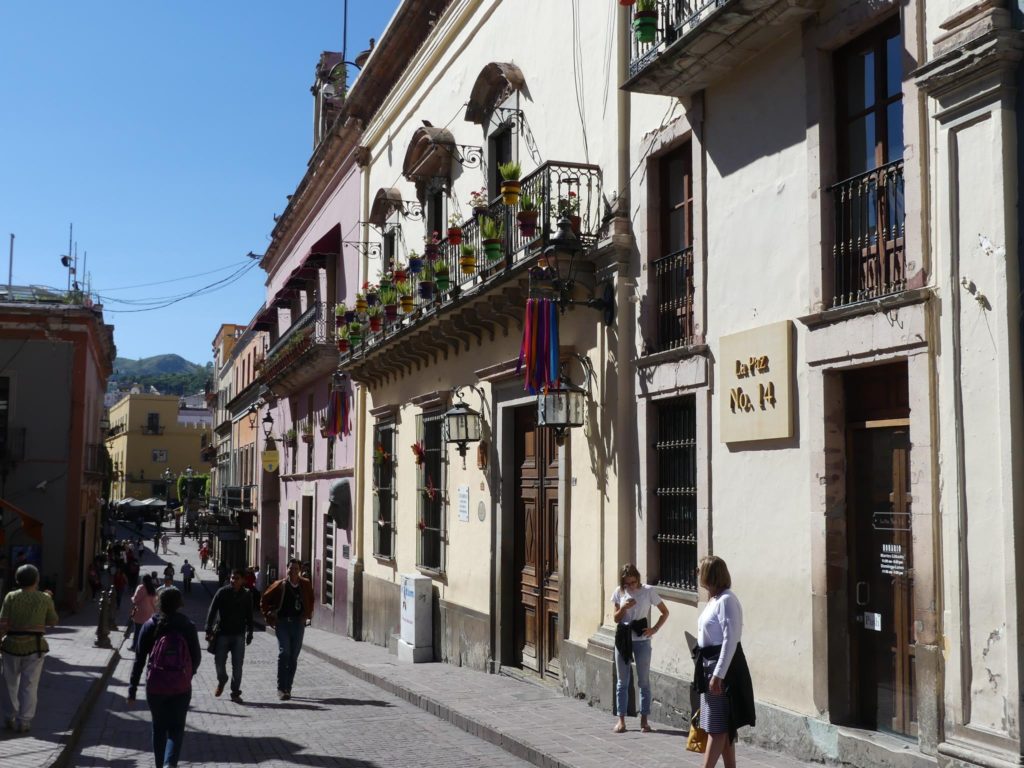 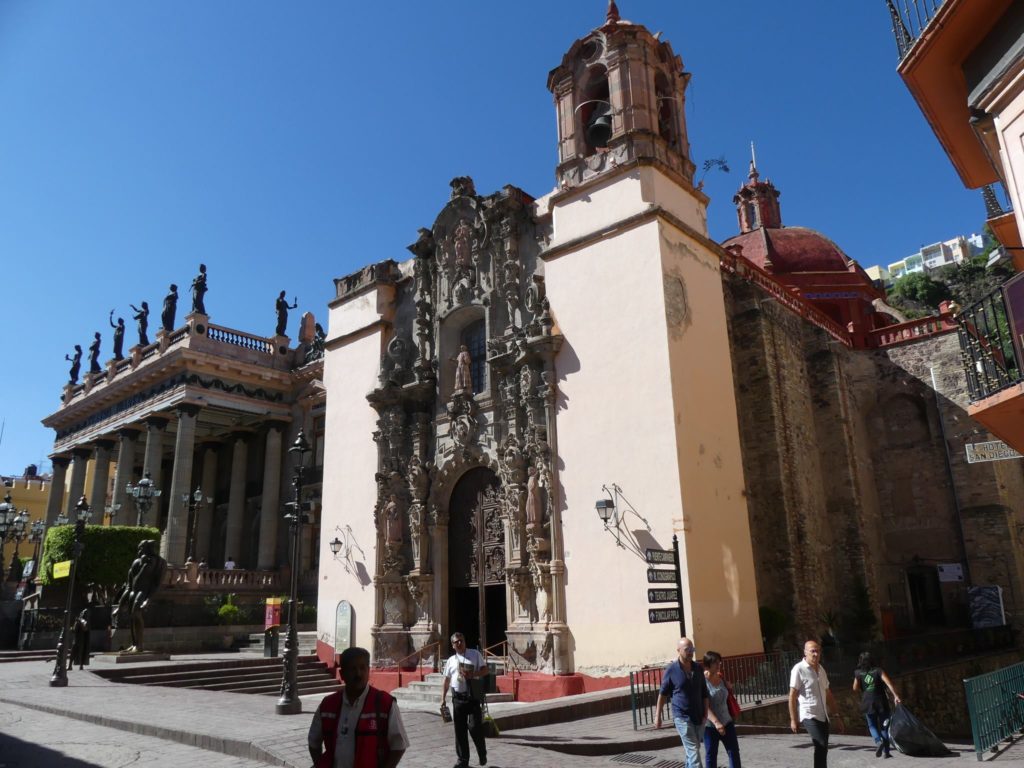 Guanajuato scenes; cathedral and Teatro Juarez, in the central square 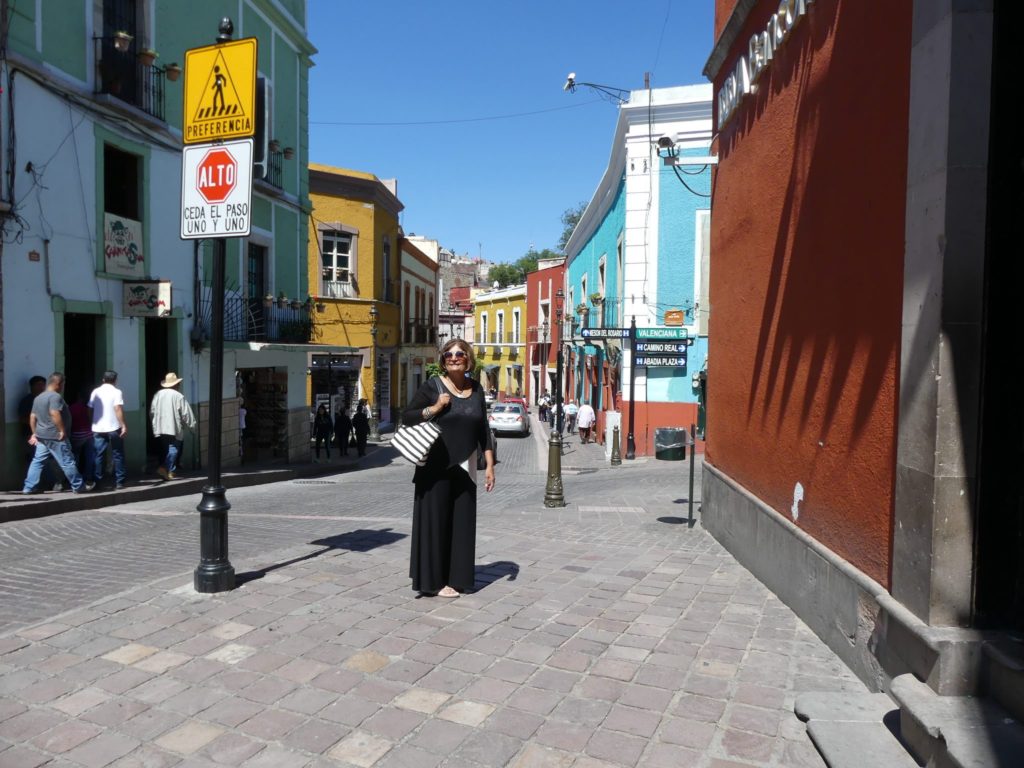 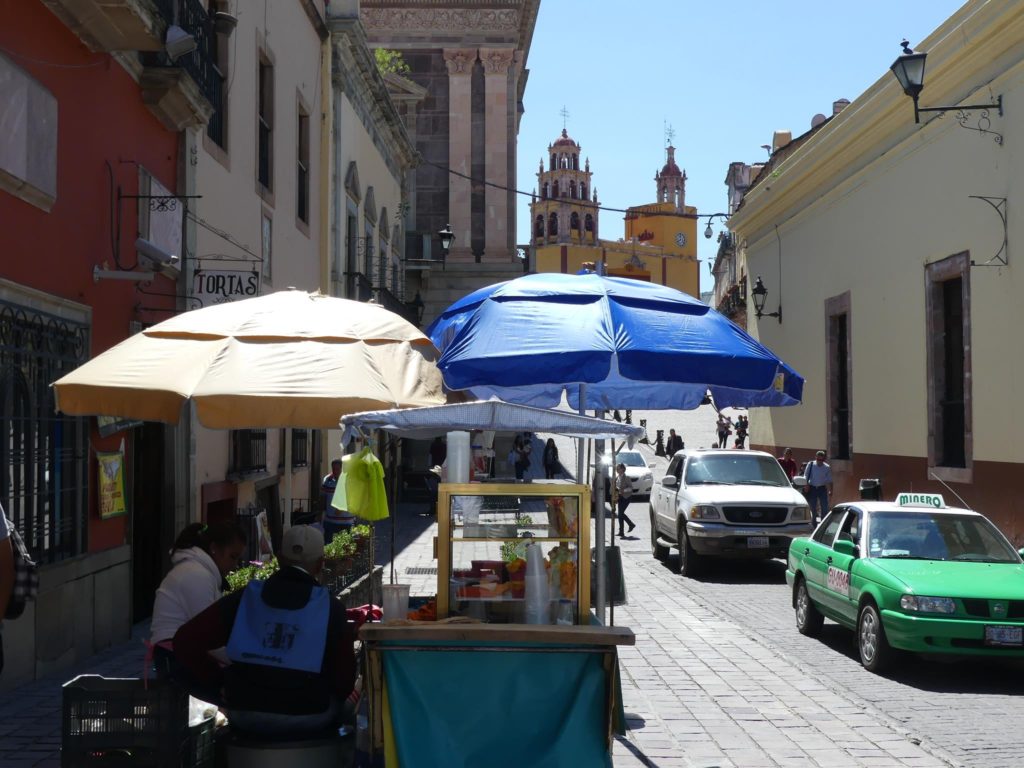 At Leon airport, gave the rental car back, and boarded the flight back to reality 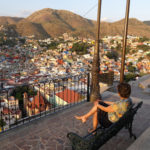 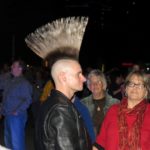 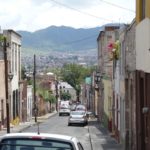 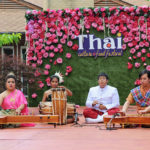 A bit of Thailand in Dallas today; great Thai food and entertainment.
This entry was posted in Mexico, Morelia-Ixtapa-Zihuatanejo-Patzcuaro Aug 2016, North America

3 thoughts on “Patzcuaro, Guanajuato, and back to Dallas”