Decided to take a short notice trip to old colonial central Mexico, and since direct flights to Morelia were available, decide to go there. Arrived mid-afternoon and rented a Budget car at the airport. The car we got was an older model, and in not very good shape, but for $1 per day rental, how could we argue 🙂

Morelia is the largest city and capital of the state of Michoacán; and was settled as early as the 7th century by native Indians. The Spaniards arrived in 1520, and established their settlement here in 1541. So the city is over 600yrs old

Drove directly from the hotel to the centro B&B I had chosen, parked and checked out the place. The Manager there (Vivianna) spoke good English, so no problem. However, we spotted a mouse running across the floor of the bedroom, so decided this was not an option for us.

The Manager was very apologetic, and directed us to another hotel B&B across the road called the Casa del Anticuario. Checked it out and liked the clean rooms here, in an old Spanish Colonial house; and at $30 per room, that was a deal. So after checking in and settling, we walked over to the old historic town (2 blocks away), which had the standard cathedral, municipal buildings, Palacio de Justicia, and the garden/bandstand in the Plaza Des Armes square/center; all of which were ~500yrs old. Though it was cloudy and overcast, the temperature (mid 70’s) was perfect for walking around.

We walked all over the old centro historico area and there were plenty of people walking around this area an active town center; typical of most Mexican towns. People like to come out and be outside with other people. Also, like most Mexican towns, there were multiple old colonial churches at almost every block or two. At the edges of the central square, were a number of nice cafes and restaurants.

After visiting the beautiful cathedral, we sat down and had dinner at one of these outdoor restaurants. Very nice. The cathedral was fully lit by now, and was very beautiful. Headed back to the hotel for a good night’s rest. Right after we got back, it started pouring cats and dogs; good timing for us. 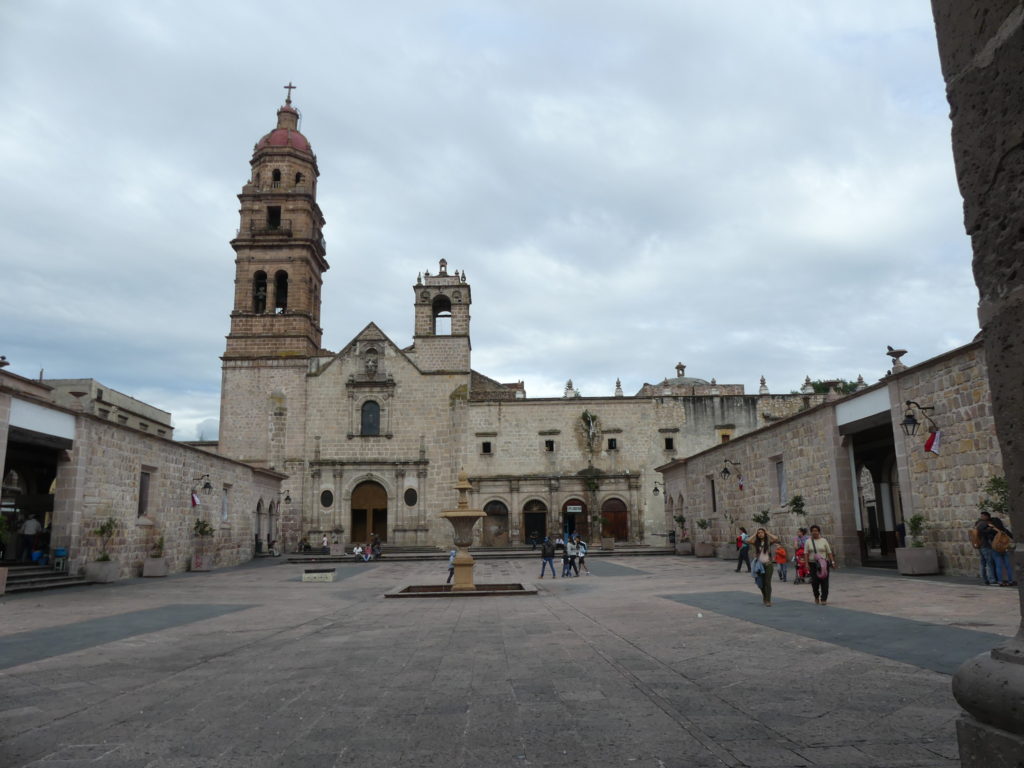 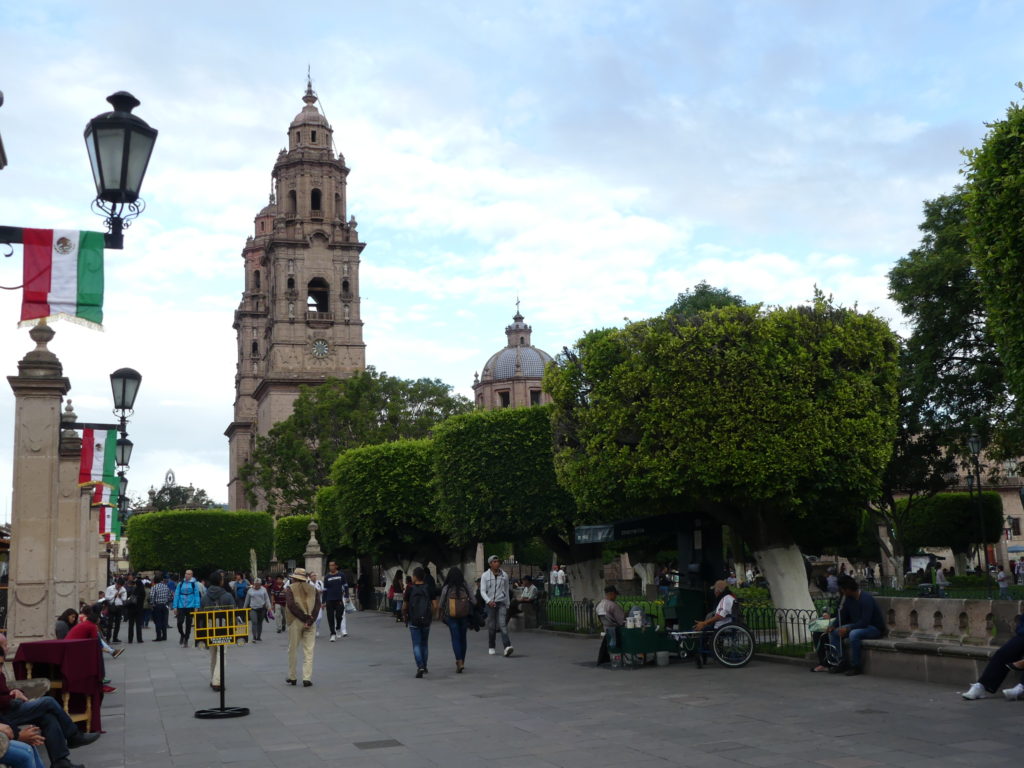 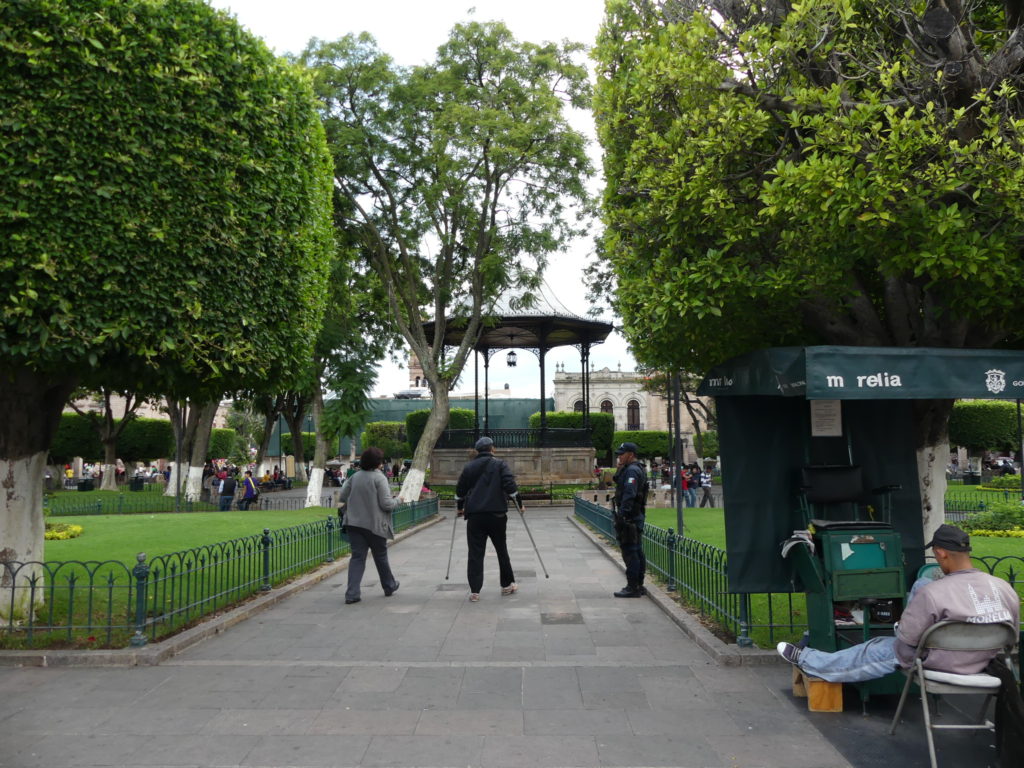 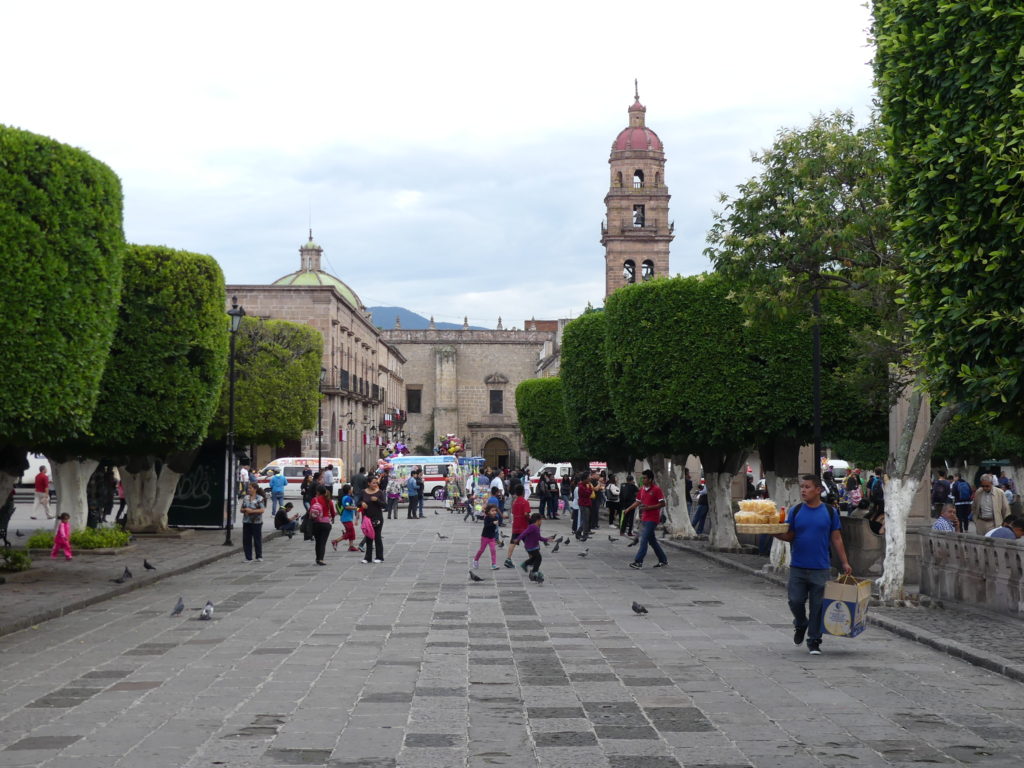 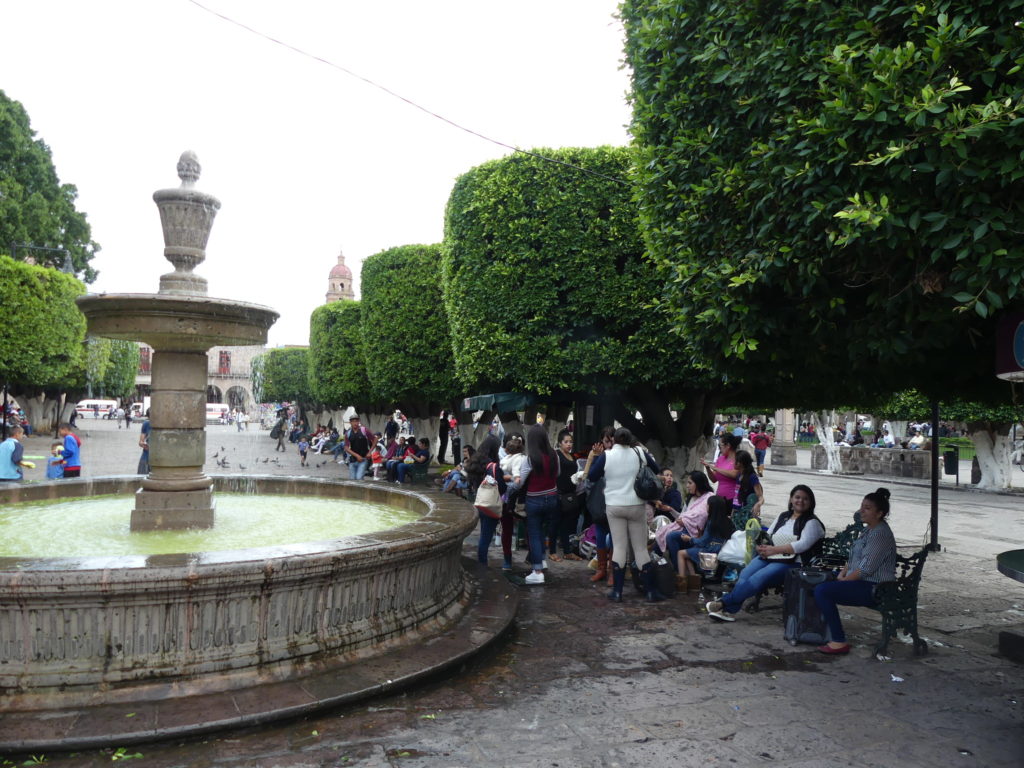 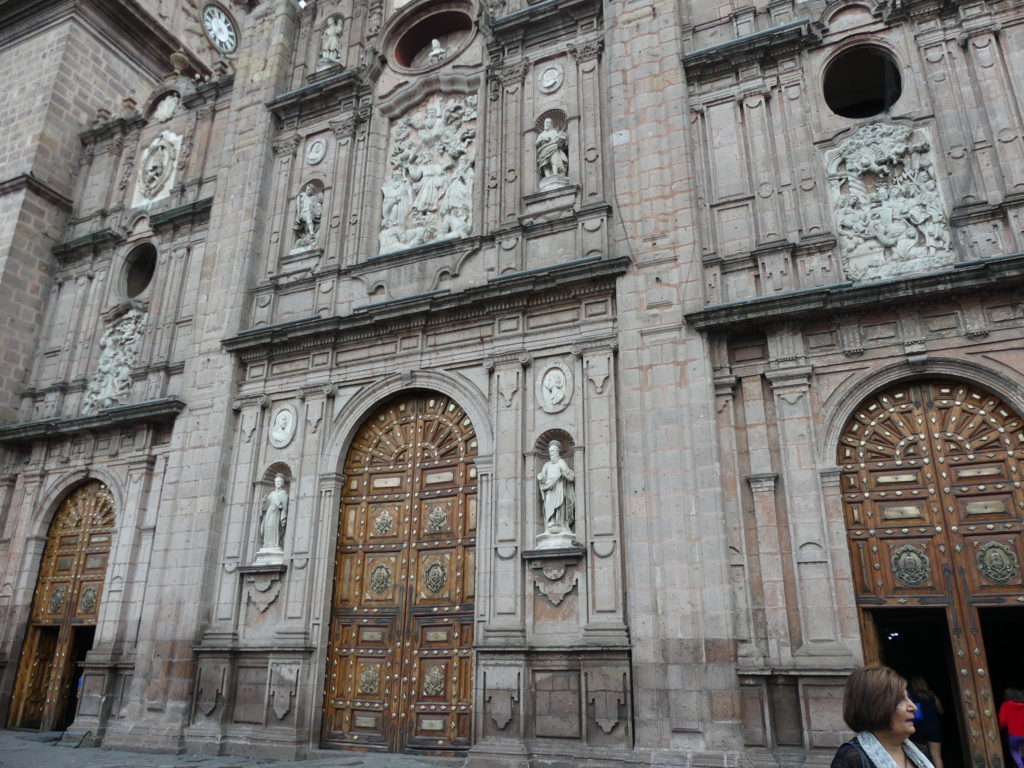 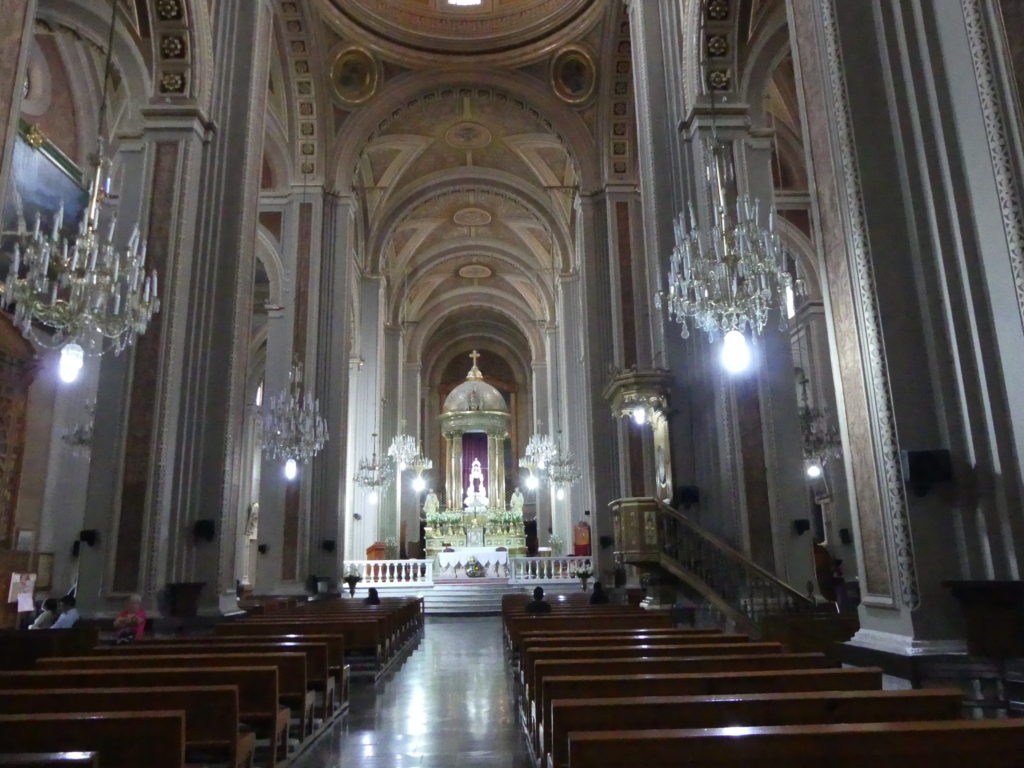 Beautiful Interior of the Cathedral 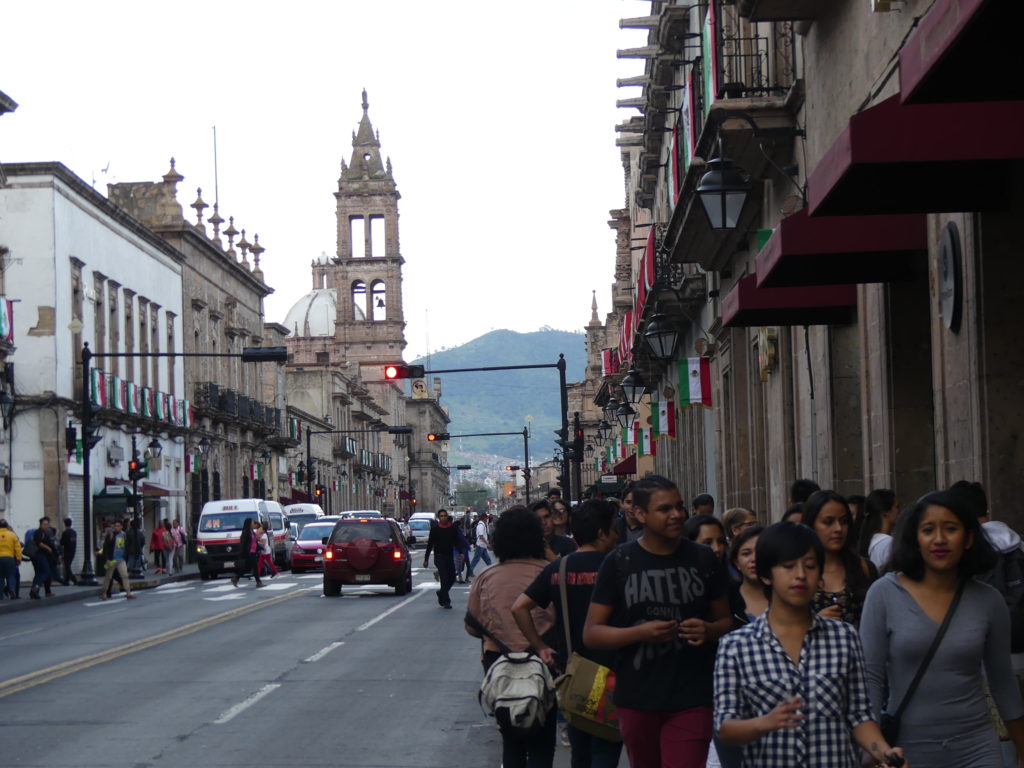 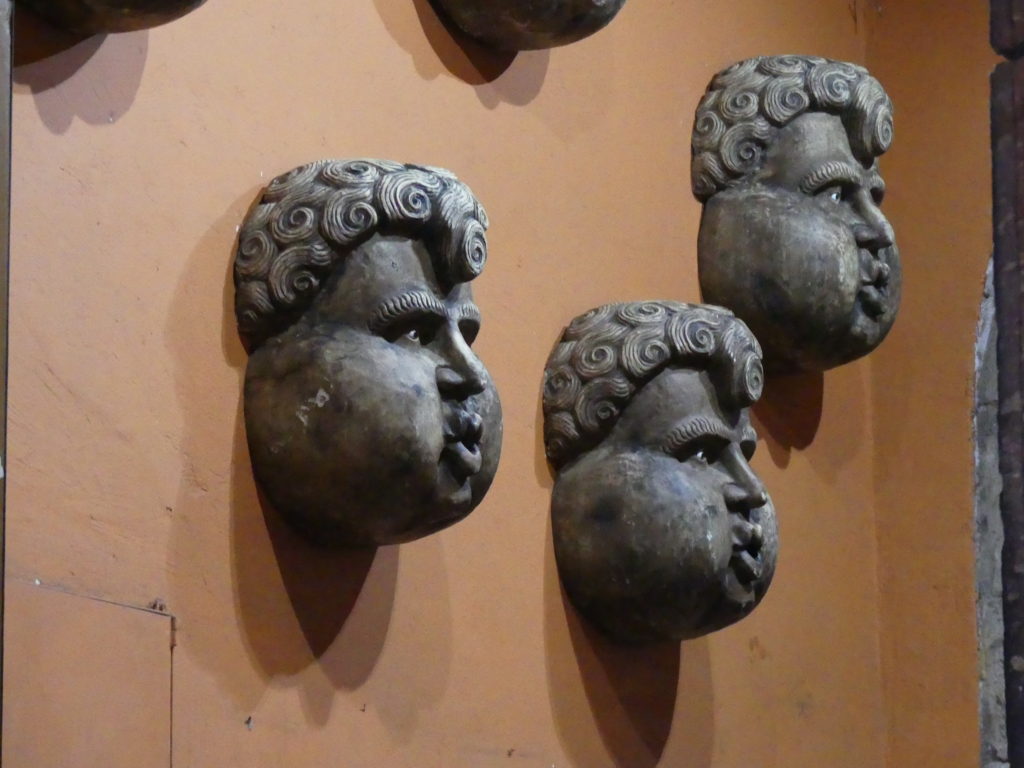 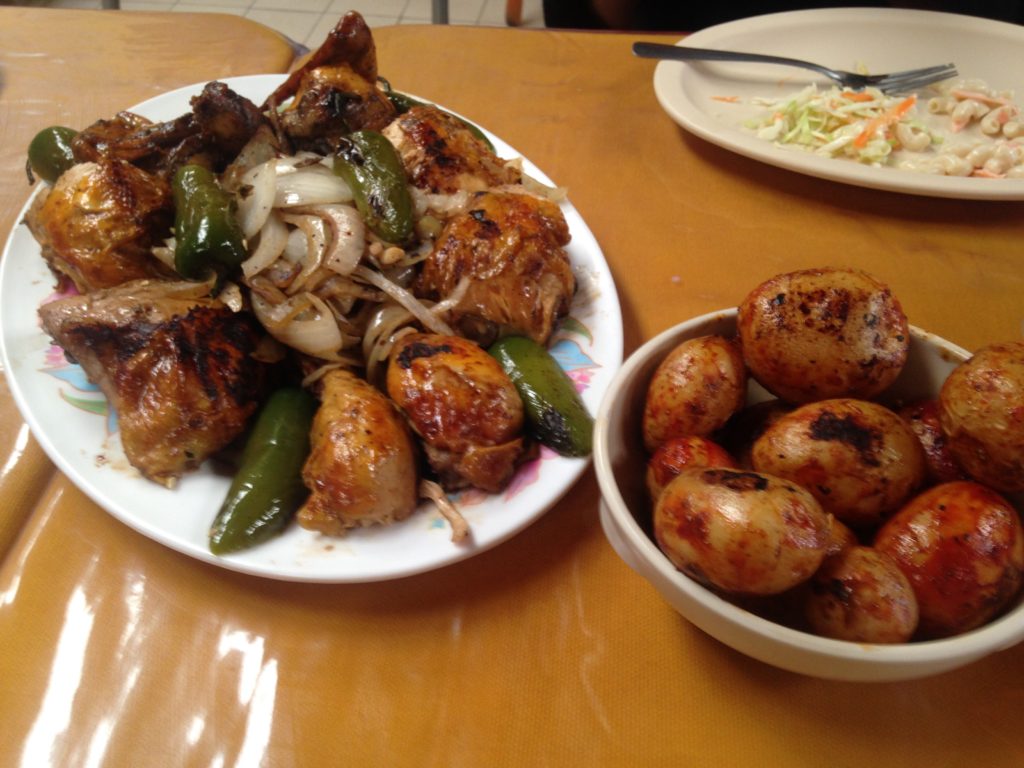 Dinner of Rosti Pollo with all the trimmings, including serano’s 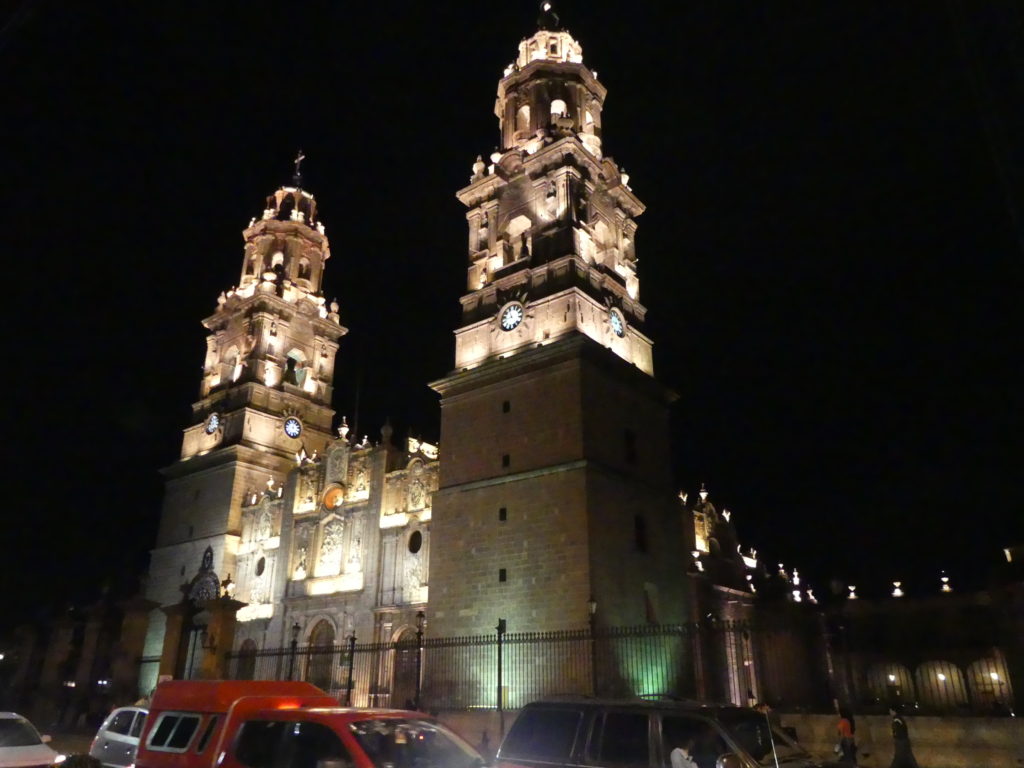 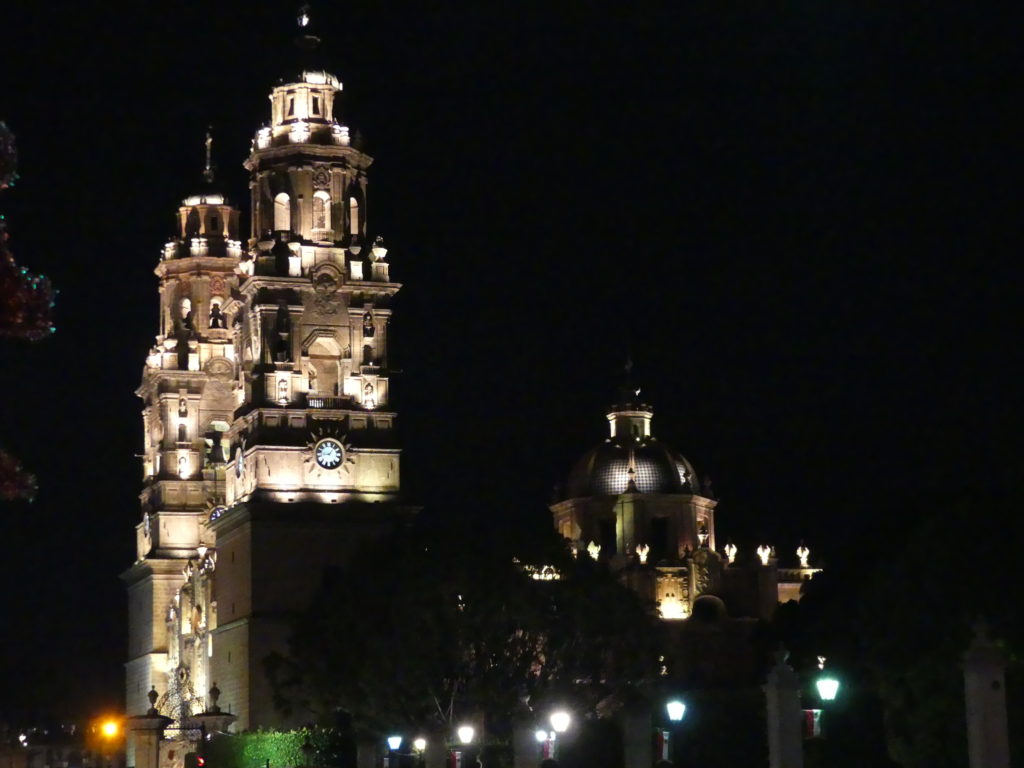 Next day, we walked to the market to see if they served breakfast there. However, the café’s there were not appealing, so we walked back to the town center, and found a nice local restaurant serving local food for a brunch. The went back, checked out, and drove to various sites in and around Morelia, including the aqueduct, several interesting squares, Sanctuario Guadaloupe (very beautiful and ornate), Romance lane etc. After some local ice-cream, we decided to head to Patzcuaro, another well-kept old colonial city about an hour away. 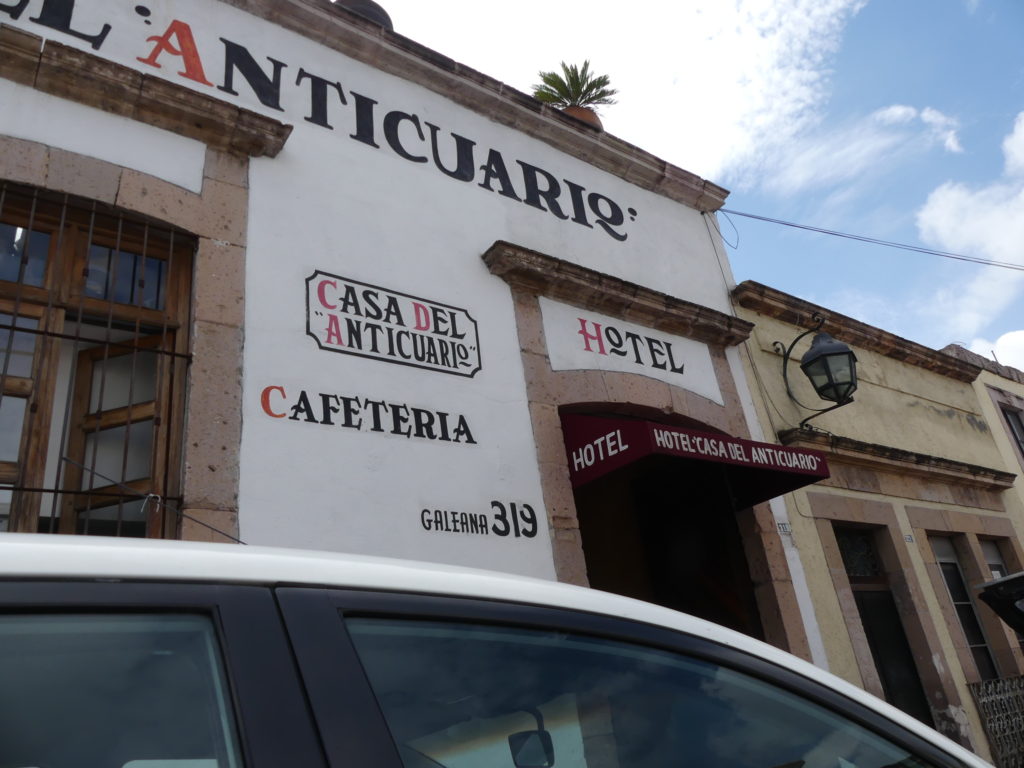 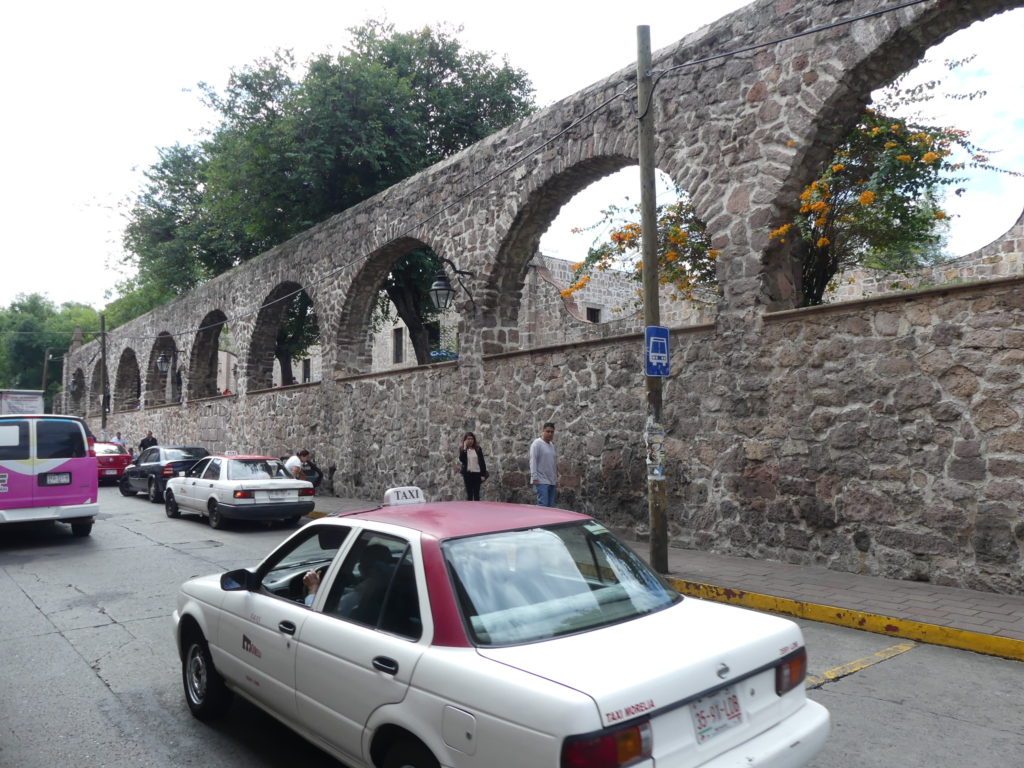 Aquaduct; was used to bring in water to the city in the old days 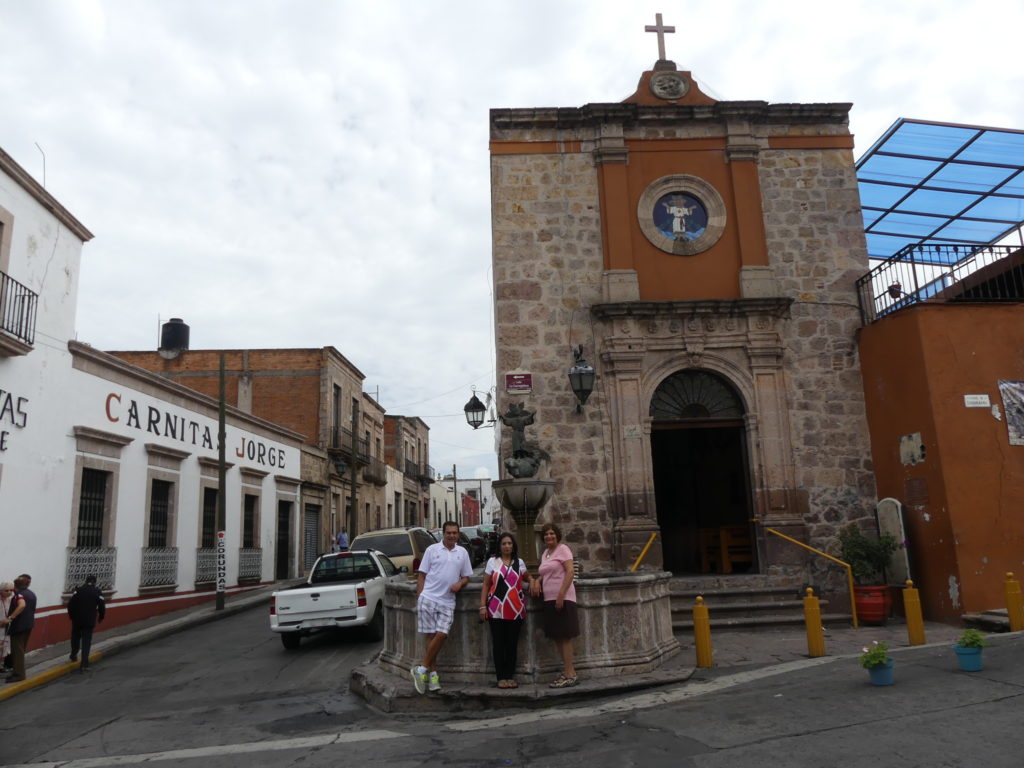 Little square and church near the mercado 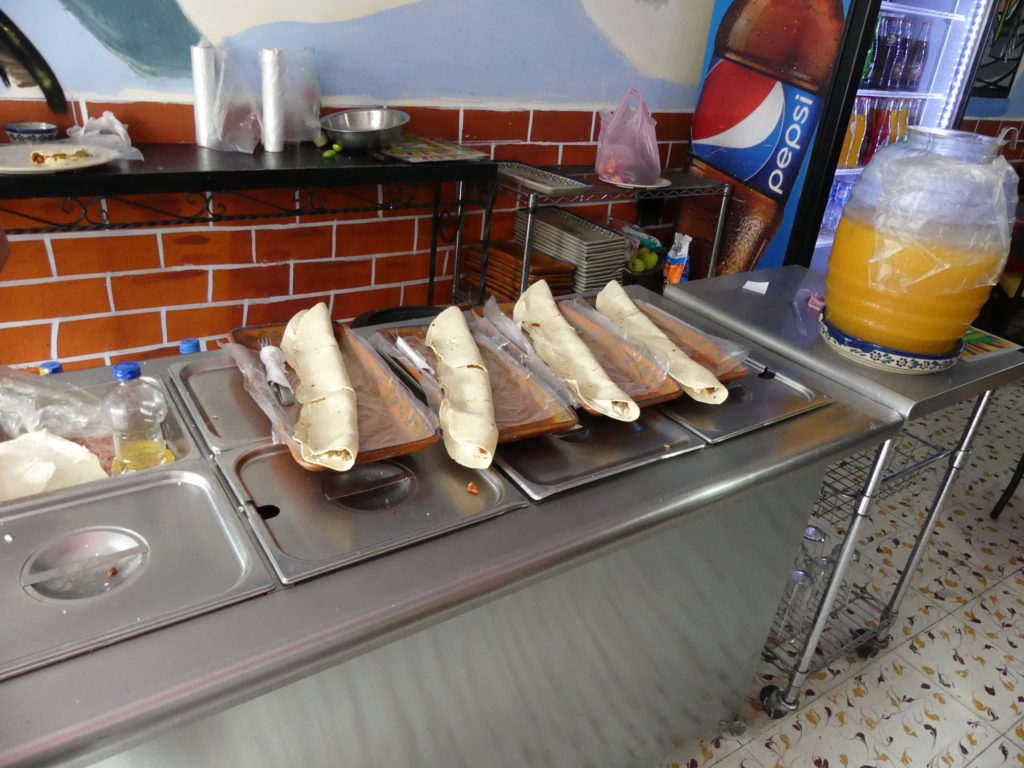 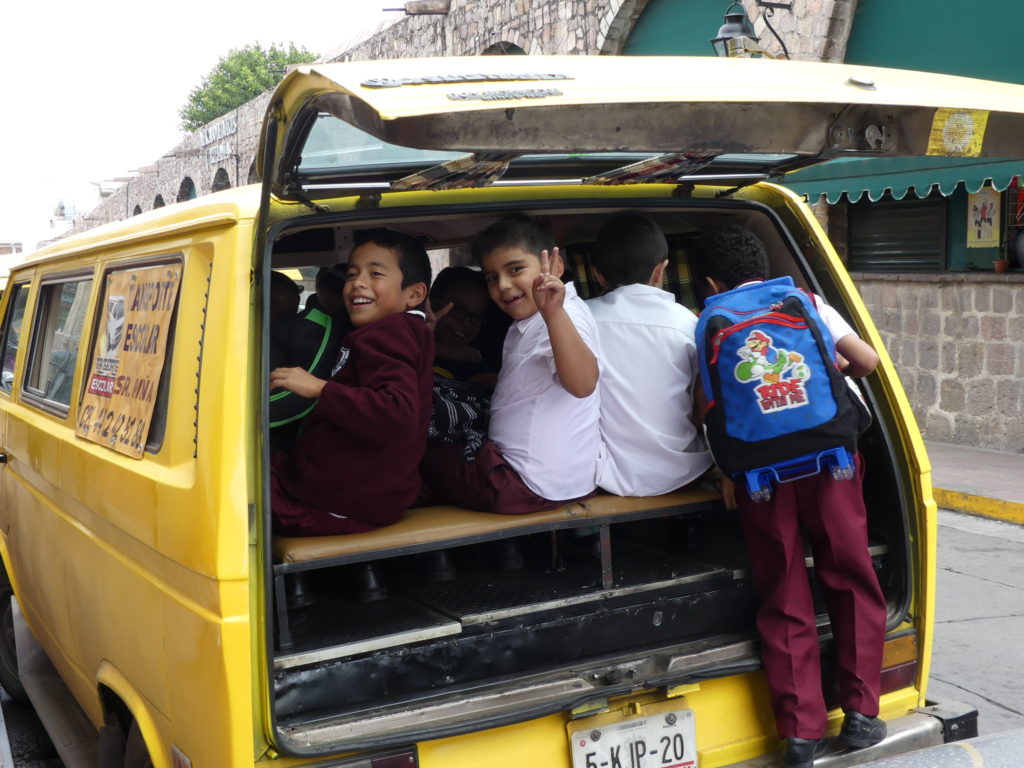 Kids happy to go home on the school bus 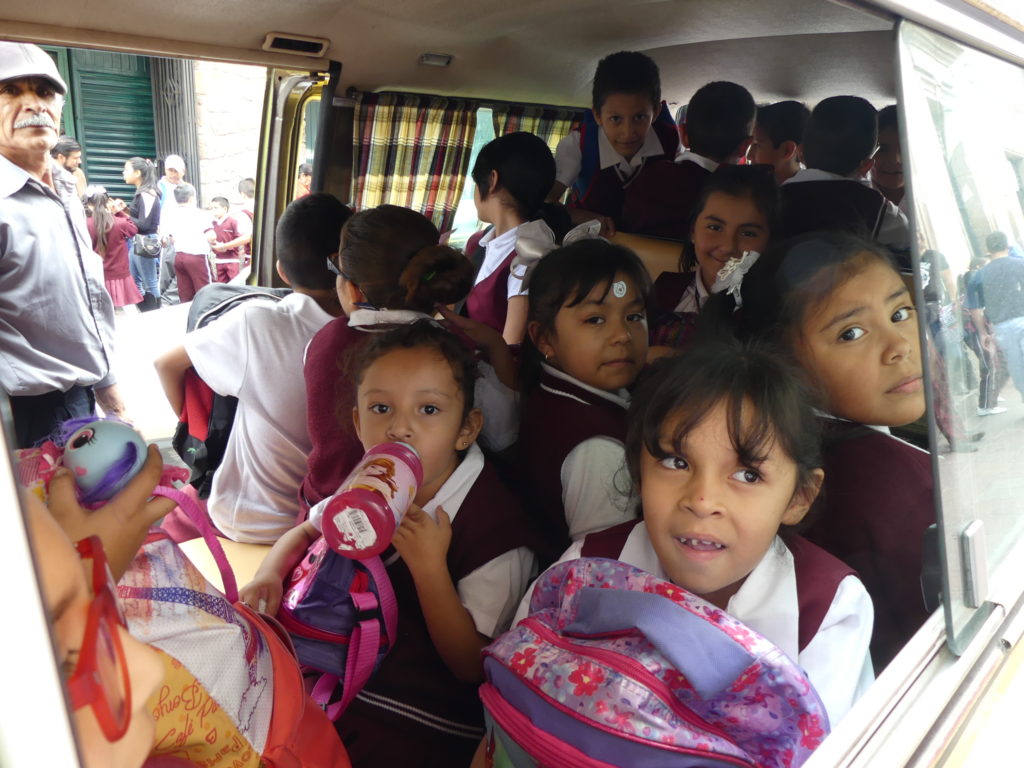 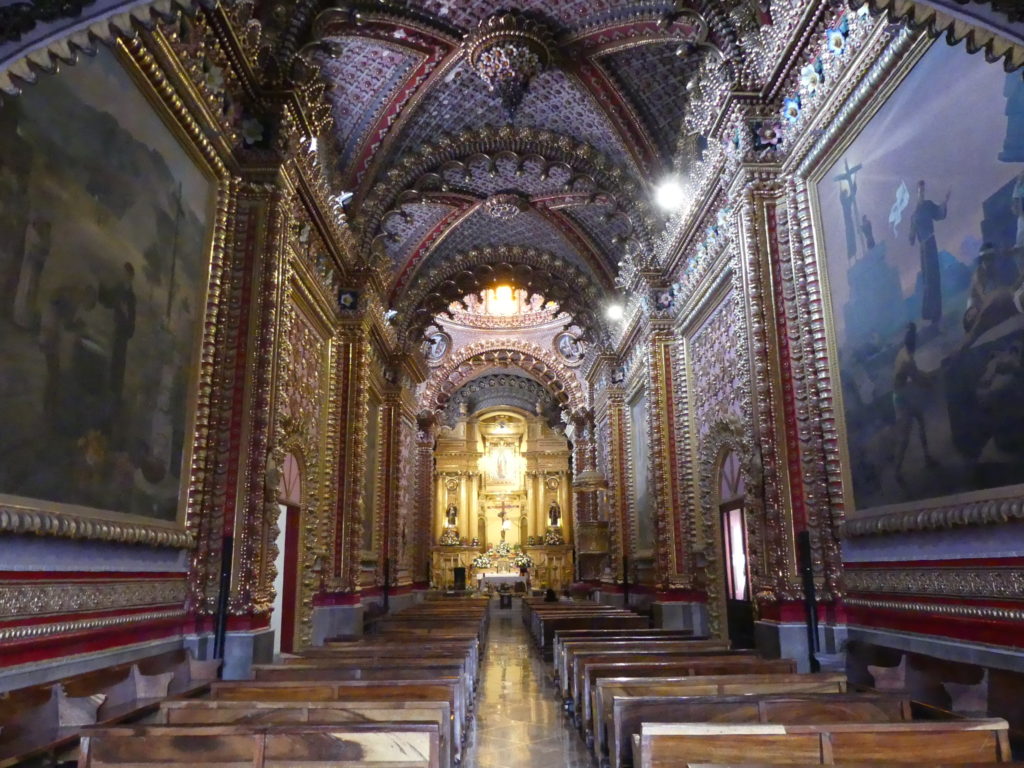 Inside the Sanctuario Guadalupe 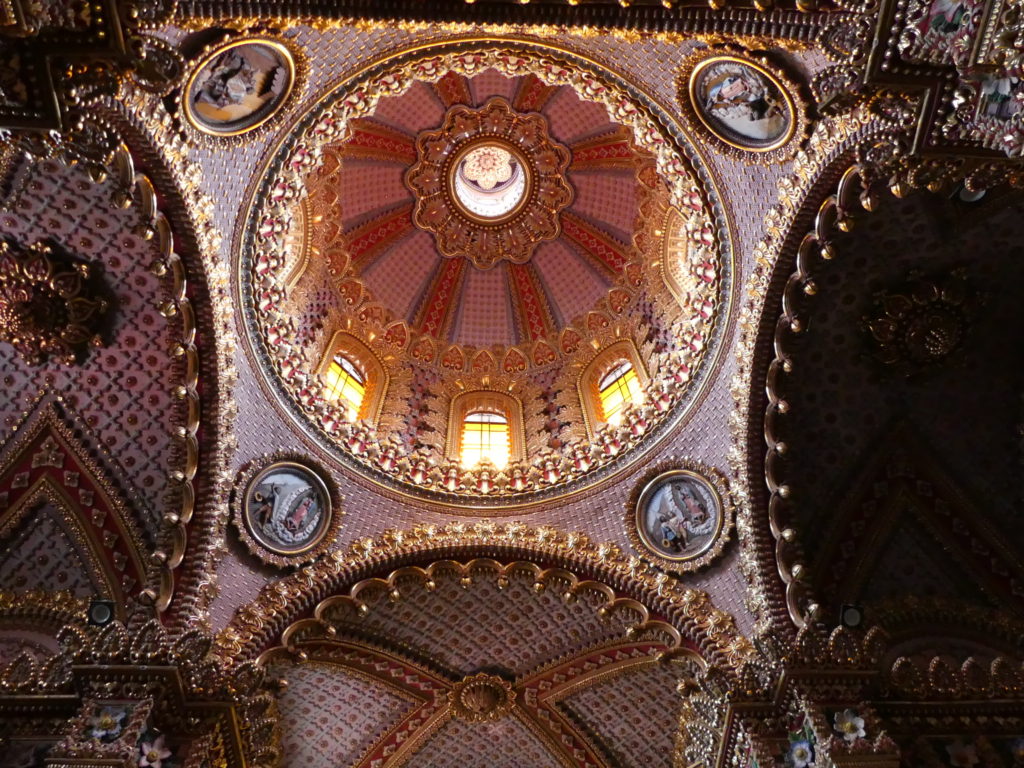 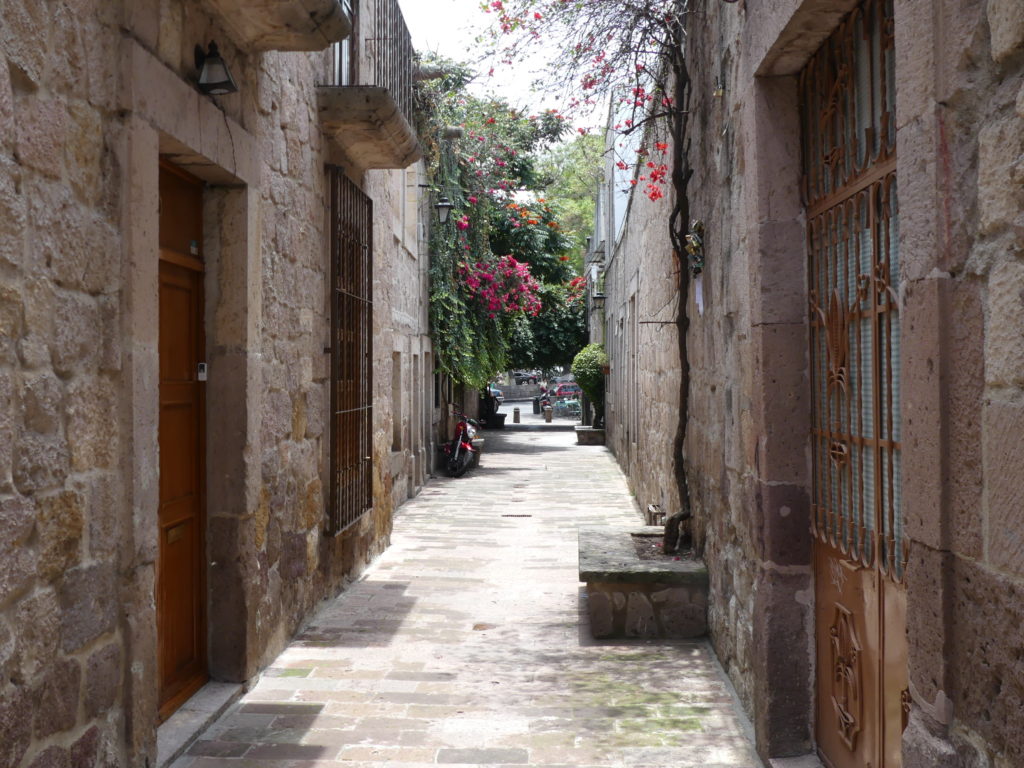 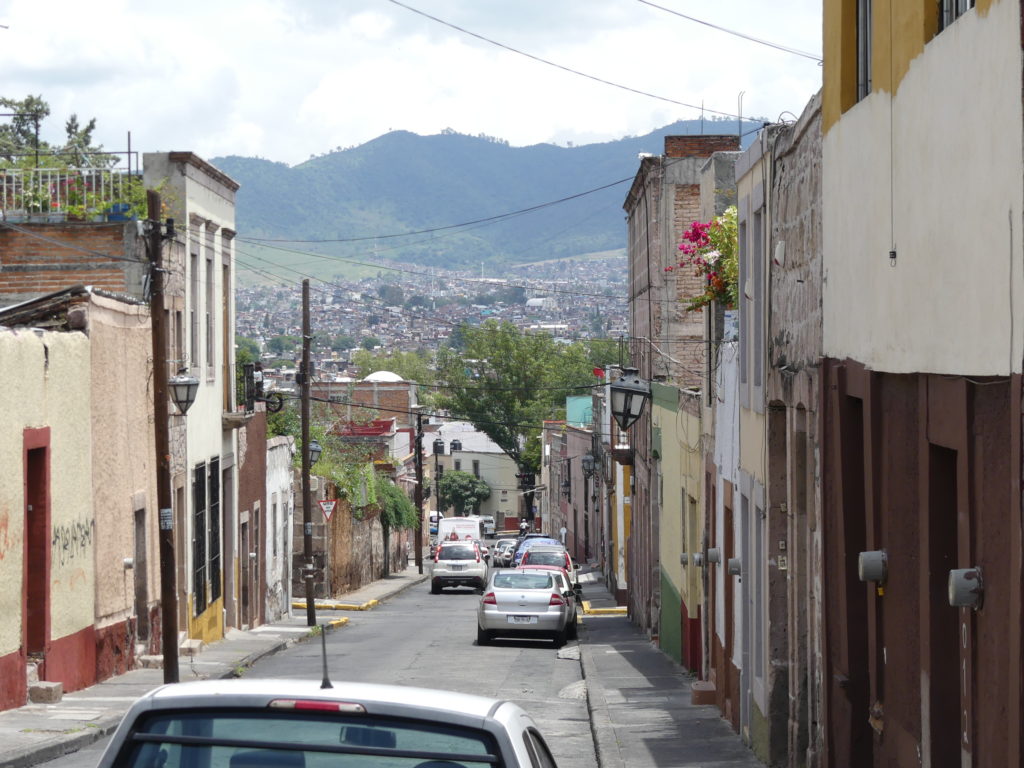 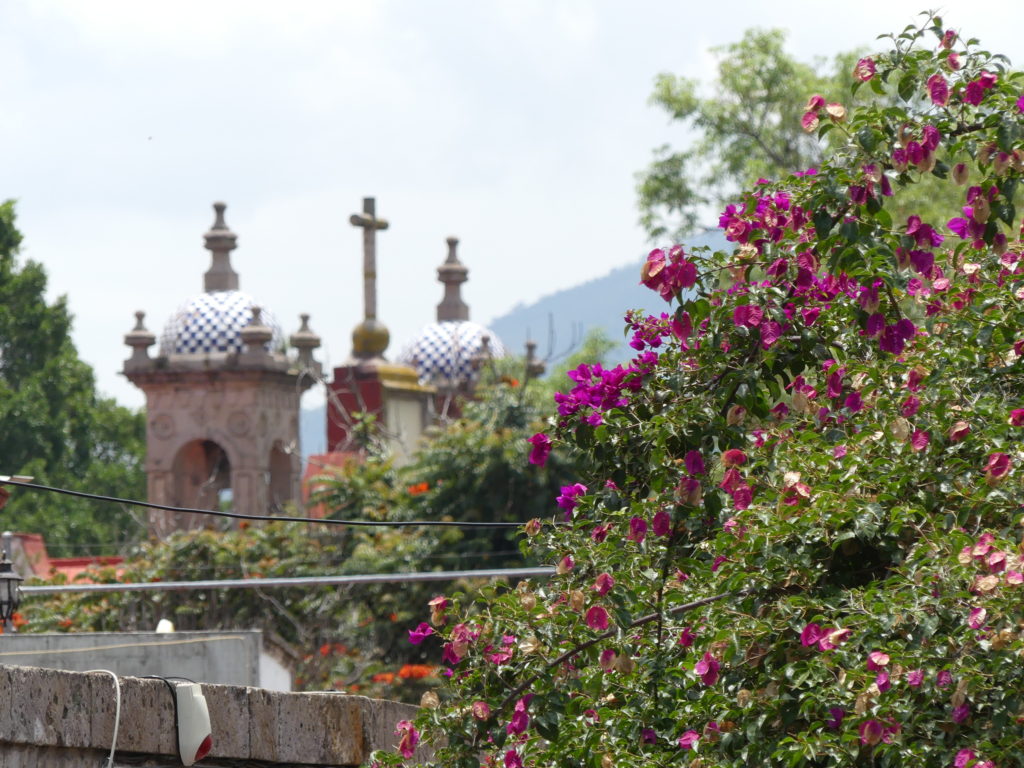 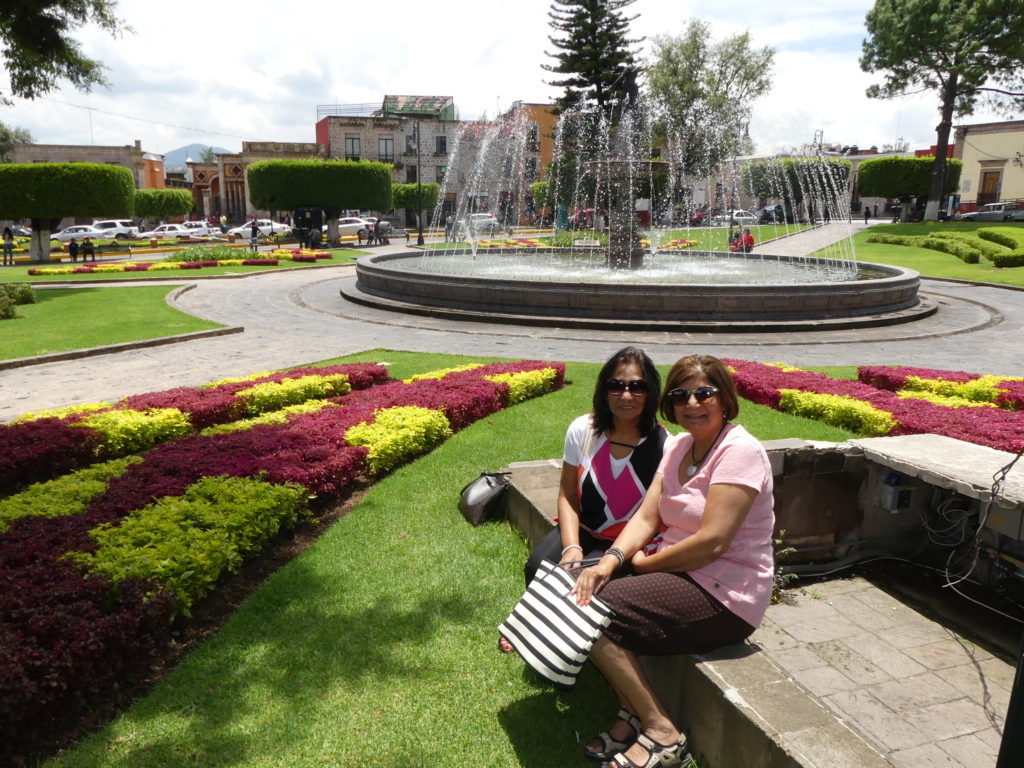 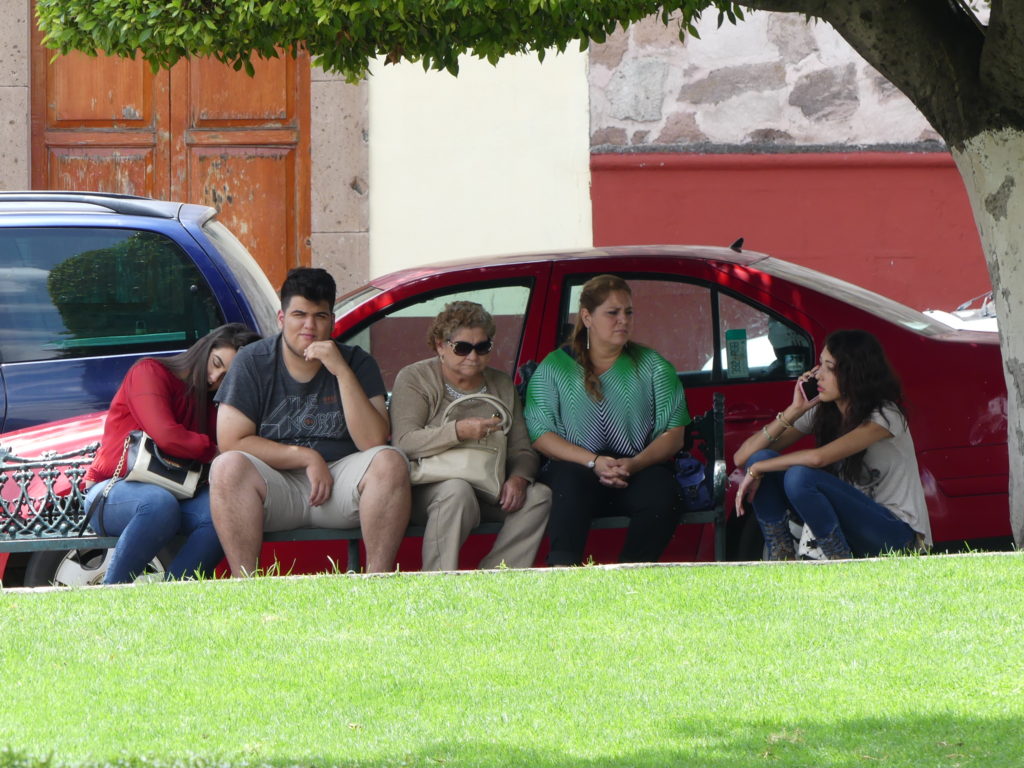 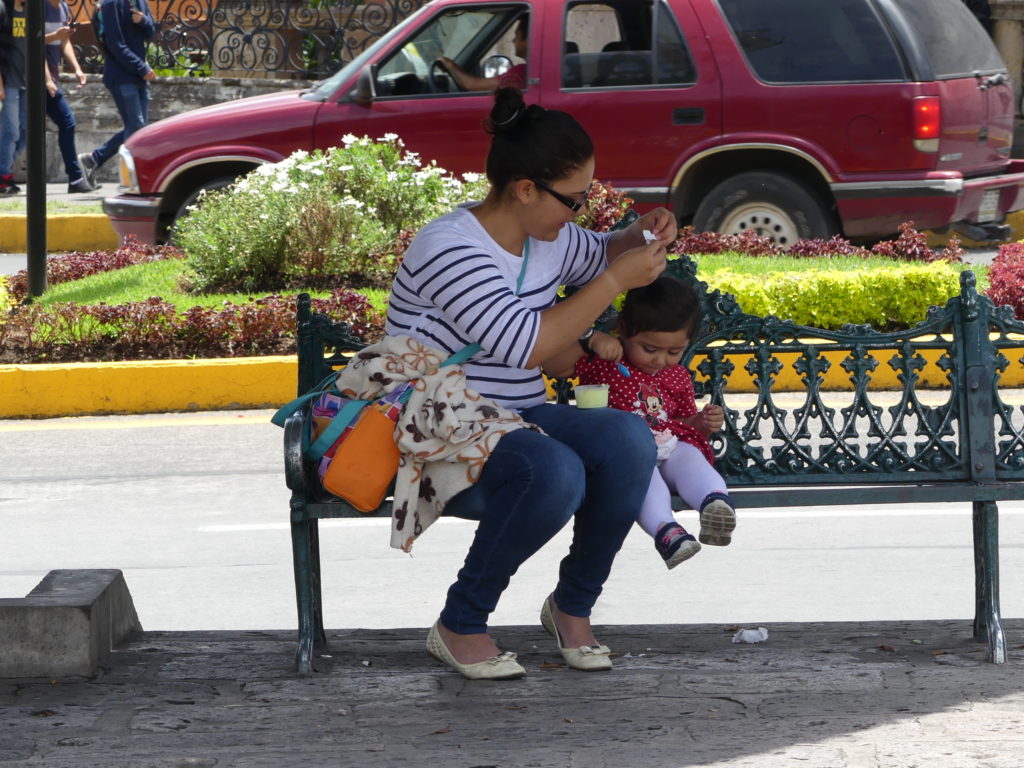 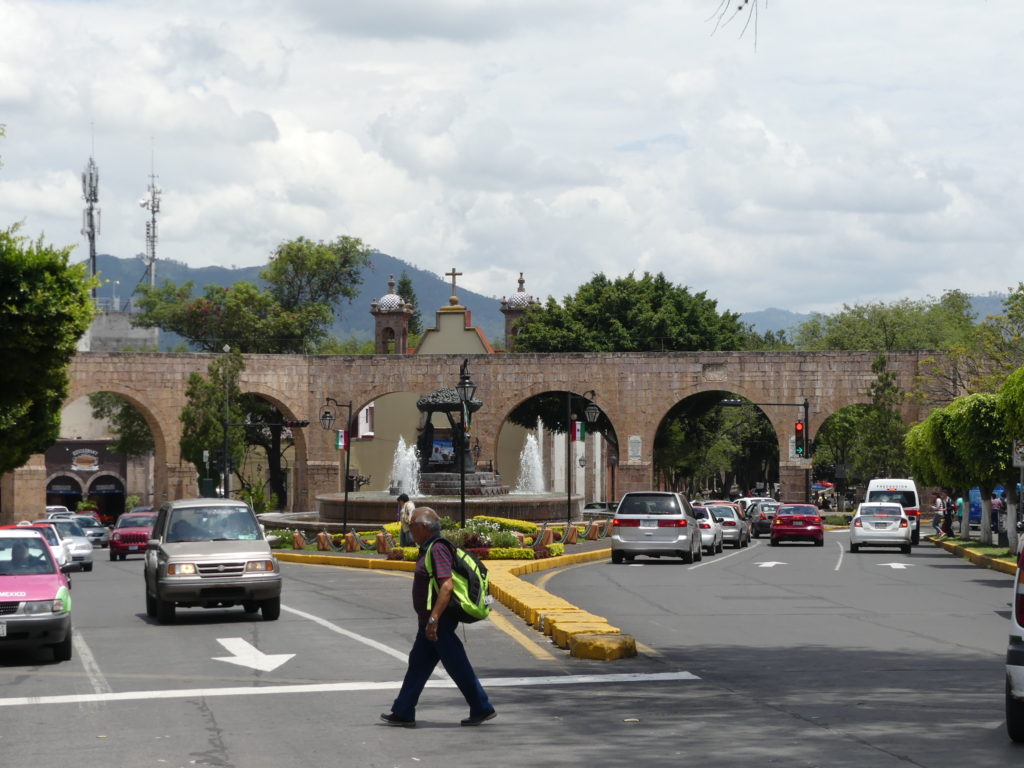 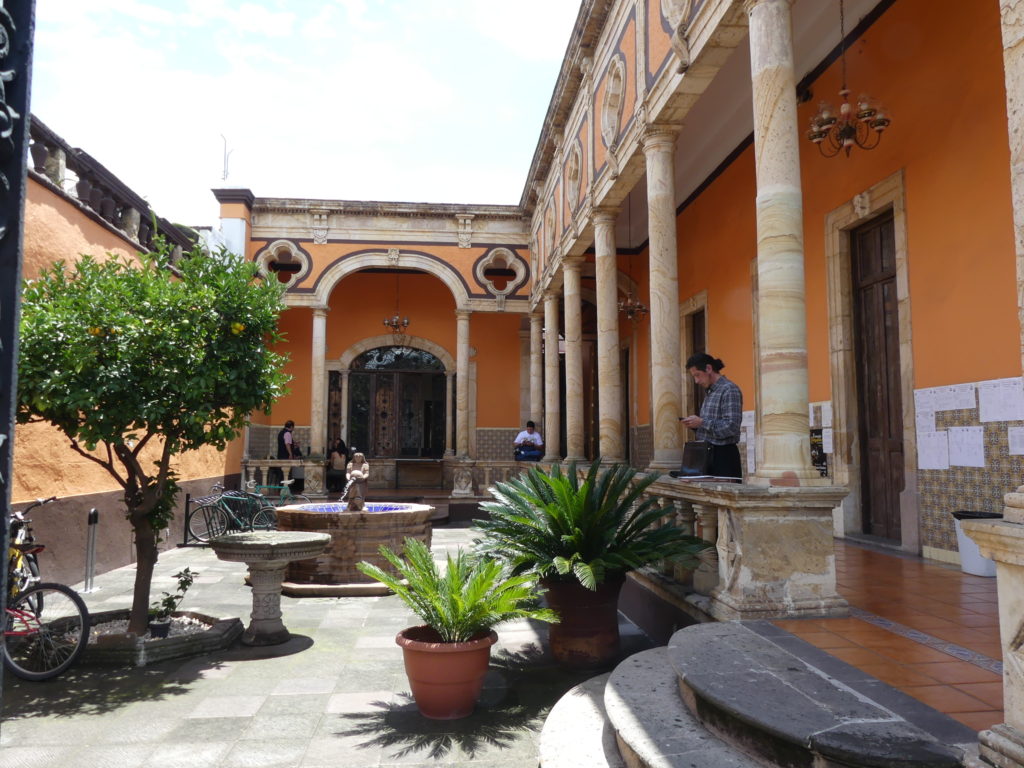 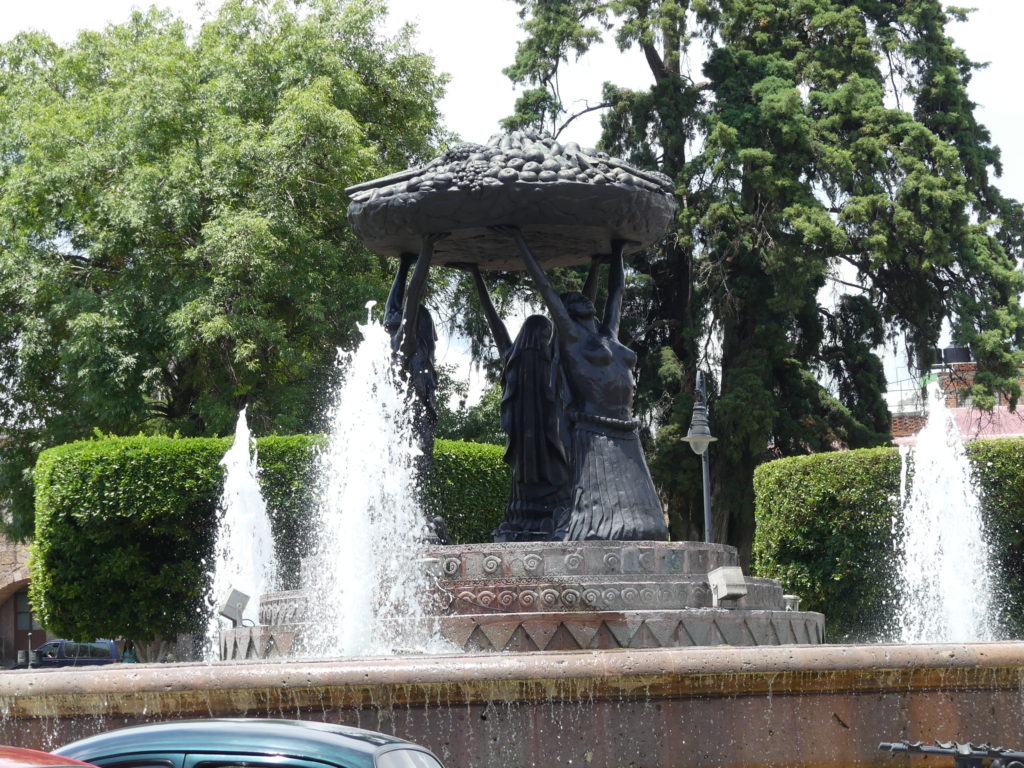 The drive was on the autopista’s or auto routes and they were very well maintained, and charged toll (cuota). Arrived in Patzcuaro, but by this time, it was raining heavily. So we made up plan B on the spot, and decided to proceed to the Pacific coast to the state of Guerrero.

Next is the state of Guerrero, and Ixtapa- Zihuatanejo and the beaches here.