After leaving Mresti, we drove once again through the Chouf mountain roads to another Druze town called Mukhtara, which is the home of Walid Jumblatt, the defacto Druze community leader, and the leader of the Lebanese Progressive Socialist Party.

The Jumblatt family have been prominent Druze leaders and active in the political scene, and occasional military involvement and switching alliances as needed to protect Druze interests. Though he has named his son, Taymour as his successor, he remains active on the political scene.

The Jumblatt home is somewhat of a Museum; as it is built over an original Roman temple and still maintains the Roman ruins within the home; houses the car that Walid Jumblatt’s father was assassinated in (a nice antique Mercedes); and provides a meeting location for the local community (Druze and all others) every Saturday in Mukhtara, and every Tuesday in Beirut, to hear issues and resolve problems the local people have.

As such, he helps resolve issues before they get out into the legal system. They had guards securing this residence compound, but the guards were all very friendly, spoke some English, and readily escorted visitors to see the residence and compound.

From Moukhtara, we drove to Baakleen, on the Chouf mountain roads; the roads were fairly decent

About Baakleen
Baakleen was founded in the 12th century by the Maan emirs. Baakline served as their capital until the early 17th century when its most famous Emir, Fakhreddin II, moved his seat to Deir el Qamar, due to water shortages in Baakline. Today Baakline is an important Druze town and seat of the sect’s religious leader.

The beautiful grand Serial, the main administrative building of Baakline before World War II, has been restored and transformed into a public library. In the area around the Serail are some Druze religious buildings of the 18th and 19th centuries, including, ancient tombs, an ancient spring, and a Druze Museum.

We headed to the Library, where we had read they had good internet; we got there and the building was indeed impressive, with admin offices on the ground floor and the library on the 1st floor. We asked for internet use, and were told it was not for public use, but seeing as we were foreigners, they asked the Director, and he came out, talked to us and said he would arrange it.

A staff member came by shortly and gave us the password. The internet was indeed the fastest we had experienced since we left Beirut. So spent an hour or so catching up on emails etc; and checked the Amex situation; still no fraud charges, and still no bill from Babar restaurant. All good so far.

We talked to the library staff and they were all Druze; and we got talking about their dress codes, and they said they were all progressive and did not wear the traditional clothes we had seen in Mresti. We were hungry by this time (lunchtime) and asked for a good place for Falafels; they guided us to Abou Samir. So off we went, and had a great lunch there.

After lunch, we drove to various small towns on the way and stopped at Beit ed-Dine (translates as the “House of Faith” referring to the Druze faith); where there was a large palace complex built by Emir Bashir II of the Shihab dynasty, in 1788.

It was built complete with hamams, mosque, gardens, living quarters, and large receiving rooms, all restored. We went to see this palace, and there was a concert and dinner being set up for that night.

The interior of this palace had strikingly similar architecture as what we had seen at Coimbra University in Portugal, with uncanny similarity.

Some scenes below from Beit ed-Dine Palace

We then went and checked out the famous Mir Amin Palace Hotel in Beit ed-Dine; a castle converted to a 5 star hotel.

From Beit ed-Dine, it was a short drive past Moussa Castle, to Deir El Qamar, which was the city that Emir Fakhreddin II moved his capital to, due to water shortages in Baakline. We arrived there in the evening, and stopped for some fresh squeezed juice at a small café in the town, and inquired about internet; no internet anywhere 🙁 . So using the data on the phone, we researched and found a couple of places; called them and booked one room at the Rava bungalows; paying $80 for Bed & Breakfast; no negotiating 🙁 . But they did have slow internet 🙂

So we drove to this B&B, and it was actually individually chalets set on a hillside with a restaurant attached; overlooking the town of Deir El Qamar below; not bad. After freshening up, we headed back into town, where I also needed to get the SIM card topped up, and get some gas.

We stopped at a local mobile store, topped up the SIM card for another $10, and found a gas station open; which was manned entirely by Bengali’s. So far, Ethopians, Philipino’s and now Bengali’s; presumably all economic migrants. Dinner was at the Country Gate restaurant; on the hillside to our hotel, with a great view of the valley.

Next morning, after breakfast, we drove back to Deir el Qamar town to see a few more sights before heading off towards Sidon.

We had read that the French run kindergarten and library here did have internet, so we headed to the town square, and found this French run school and library above the old Caravanserai/souk.

The staff here were very gracious and allowed us to use their internet; which again was reliable and fast. We then drove back to Baakleen town, to check out the Hamada (Druze) museum and some ancient Druze cemeteries etc.

We then drove to where the Hamada museum was supposed to be, but there were no signposts. So we parked, and walked around until we found a lady who spoke some English, and she explained that this museum was private and was built around the residence of the Hamada family that owned the Museum. She said she would try and get someone to open and show us around the Museum; hopefully someone who spoke English.

A short while later, an older gentleman showed up, who spoke good English, and brought with him the caretaker of the Museum, who spoke no English. The gentleman introduced himself as a member of the Hamada family, and owner of the residence and the museum and all the artifacts here. He was well educated, well versed, well-travelled, & spoke good english. Refreshing.

First stop was a room full of old documents and books. Some of the documents were written at an angle, and upon inquiring, Mr Hamada informed us that when people of lower standing wrote to people of higher standing, they wrote at a slant, showing respect.

We were then showed another set of rooms which were furnished with old typical furniture of the days past; showing how people used to live. Then, we were shown a room where they collected old relics from the past, see below

We then asked to see the Druze mosque, which we had read was on the grounds and still in use occasionally; fully expecting to be refused. However, Mr Hamada happily obliged. The Druze mosque was very simply furnished, with seating on the floor on cushions and some pictures of their Imams on the walls, and what looked like a mini tombstone we had seen earlier at the cemetery. See below videos

We said our thanks and goodbyes to Mr Hamada and the family, and left to drive to Jezzine, where there was supposed to be a high waterfall. We drove through some beautiful countryside

After a short stop for coffee; we drove off to Sidon; our next stop.

This is the end of our experience with the Druze community in the Chouf Mountains.

Brief info on Druze
They separated from Shia Islam at the 6th Fatimid Caliph/16th Shia Imam, al-Ḥākim bi-Amr Allāh; technically making them Ismaili’s as they were followers of Imam Ismail. Story goes that the Druze doctrine was espoused by one Hamza ibn ‘Alī ibn Aḥmad who was an 11th-century Ismaili and founding leader of the Druze and the primary author of the Druze manuscripts. Hamza was well regarded by Imam al Hakim, and given high profile posts; and when he drew up his version of the Druze faith; he was accepted by the Fatimid Caliph al Hakim, as Fatimids were liberal and allowed all religions to flourish.

However, Imam al Hakim, who prayed and meditated regularly, disappeared one day when he went for his regular meditation and was never seen again, probably murdered. It is believed the Druze are waiting for his return to continue to lead them, as they had attached him to Divinity. His son, az Zahir took over the Caliphate and Imamate, and it seems, was not as accepting as his father was of the Druze doctrine, and so Hamza & the Druze went underground to escape persecution.
The Druze faith is a monotheistic and Abrahamic religion based on the teachings of Hamza ibn-‘Ali ibn-Ahmad and Al-Hakim bi-Amr Allah, and Greek philosophers such as Plato and Aristotle. The Epistles of Wisdom is the foundational text of the Druze faith. The Druze faith incorporates elements of Shia Islam’s Ismailism, Gnosticism, Neoplatonism, Pythagoreanism, Hinduism and other philosophies and beliefs, creating a distinct and secretive theology known to interpret esoterically religious scriptures, and to highlight the role of the mind and truthfulness. The faith is closed to outsiders.

I don’t know if any of this is true or not; just something I researched in the references below. If anyone had more light to shed on the Druze and their beliefs, I would love to hear from you. 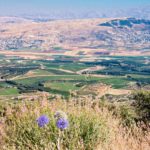 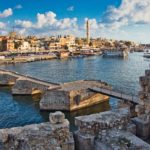 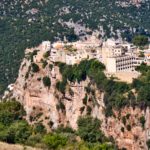 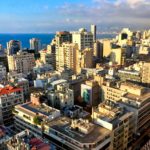 16 thoughts on “Druze and the Chouf Mountains”